Kanye West is Shakespeare in the flesh, and should be respected as such. 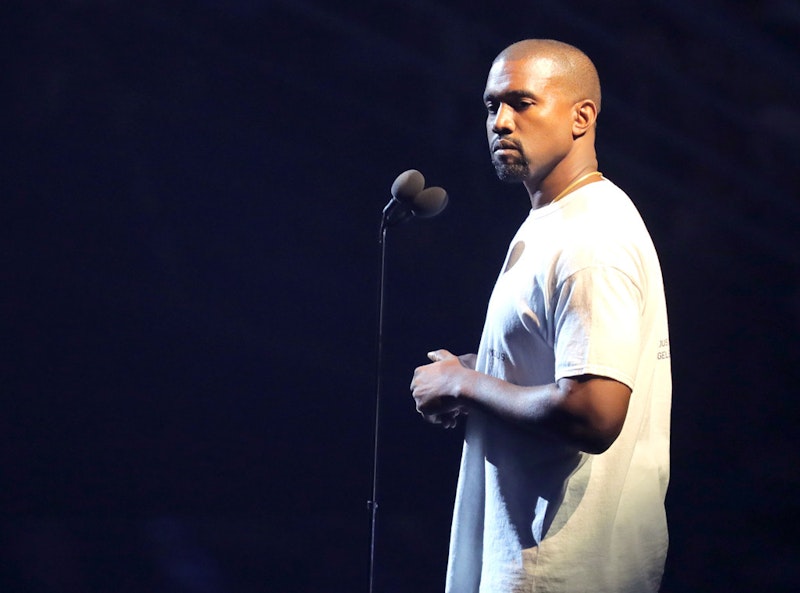 Everyone wants to see Kanye West apologize, admit to his oafishness, know his place. Our country revels in Kanye's social missteps, and the media is always ready to jump at his latest controversy, whether it's interrupting Taylor Swift at the 2009 VMAs, labeling himself a god, or tweeting "BILL COSBY INNOCENT !!!!!!!!!!." Americans grew angry with Kanye again after he declared admiration of Donald Trump at a recent show on the Saint Pablo Tour. Even Eric Andre, a comedian active in the hip-hop community, tweeted: "Let the Kanye West boycott begin!!!!” Why are these comments any worse than his other egregious, and oftentimes fleeting, views? Why is his endorsement of Trump, after the election, an unforgivable offense? Kanye goes on rants, most of which are off-the-cuff and articulate only what he's feeling at that exact moment; it's a trademark of his live shows.

On SNL's Weekend Update, Pete Davidson said, "We as a country need to agree that if it isn’t over a sick beat, we don’t want to listen to anything Kanye West has to say ever again.” This is an unproductive attitude: although Kanye's rants and interviews occasionally devolve into temper tantrums, he often makes valid points, and has proven himself a prescient aesthete in multiple mediums of art. His music has shaped the sonic landscape of hip-hop; his videos have inspired more musicians to commission long form visual companions to their albums; his high-end fashion line has even managed to make headlines. Despite the nation's general antipathy toward him, Kanye is correct when he says that he is the 21st century's answer to Shakespeare, Walt Disney, or Warhol; his seven sonically-distinct, near-perfect albums easily make him the greatest hip-hop artist of all time.

Much of this general antipathy is rooted in racism. On Tyler, The Creator's 2015 track "Smuckers," Kanye asks, "Why, why, why?/Why don’t they like me?" and then refers to himself as "Richer than white people with black kids/Scarier than black people with ideas." The concept of a brilliant black man—who, most importantly, knows just how brilliant he is—heralding himself as the greatest artist of his time angers many Americans. And Kanye is an easy target because of his confidence: people can disparage him and blame it on his ego.

Kanye then took even more flak after the Trump rant for canceling the remaining tour dates on his schedule. My Twitter feed lit up with criticisms; very few people expressed concern. The opposite happened when he was hospitalized on Monday for "temporary psychosis due to sleep deprivation and dehydration." I'm glad that people are finally showing him support—the type that usually comes only after an album release—but I can't viewing the situation cynically: he's rapped on record about manic episodes in the past, so why were alleged fans surprised when his recent erratic behavior culminated in a hospital visit? They were probably just posting for the likes in another example of social media mob mentality, having whatever opinion is most popular at the moment.

People need to stop taking so much joy in criticizing Kanye West. In fact, everyone needs to leave him alone.