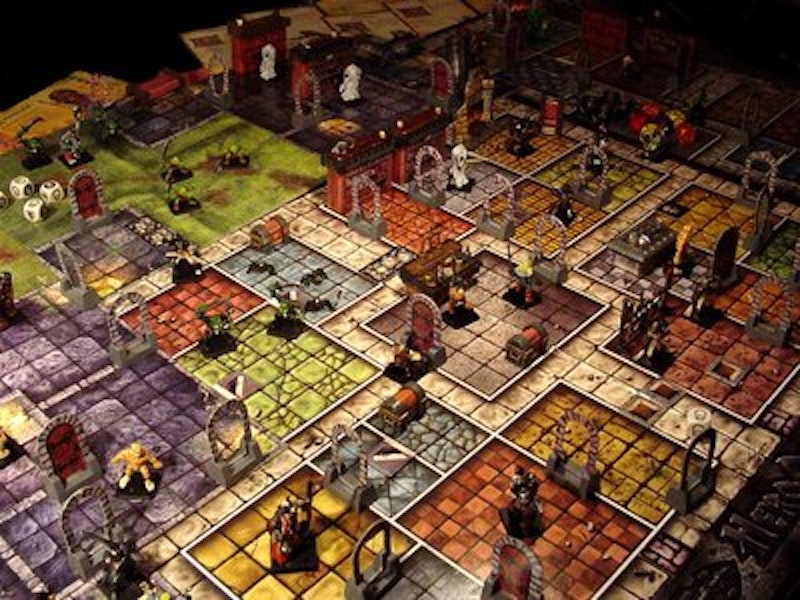 A few weeks ago, I was at a friend’s apartment and noticed someone reading a thick book with an interesting cover. I asked what he was reading and got this reply: “The Dungeons and Dragons handbook.” I rolled my eyes. Dungeons and Dragons? Sure, I grew up dueling in a handful of Yu-Gi-Oh tournaments, collecting Beyblades, and playing my GameBoy Advance well after it was time for bed. I considered myself a nerd, but not that much of nerd.

To be fair, I’ve never actually tried playing D&D. I was under the assumption that the game was too outdated and unfamiliar to be any fun. This is coming from someone who knows an embarrassing amount about fictional space governments. I was vaguely familiar with the mechanics of the game: You create a character and assign them various traits like race, class, and background. There’s a dungeon master, who’s critical in how the game plays. They create the story, the setting, and the action. You play with a sheet of paper in front of you that’s a record of all your character stats and three pairs of die: six-sided, eight-sided, and 20-sided. The rest is up to everyone’s discretion and imagination.

“We’re playing next Monday,” my friend informed me. At this point I’d already stolen the book and started combing through it. “I’m going to come too,” I told him. Why not? My friends were all going to try it out, and I figured it would be a good chance to try and expand my horizons. Before leaving, I’d already created a character: A half-elf named Andraste who was a Bard with a sharp tongue. When I got back home I went straight to my computer and wrote up her entire backstory.

Monday rolled around and my friends Zack, Emily, Kyle, their second floor neighbors Stephanie and David and I were all seated around a table getting instructed by our dungeon master Trevor about the details of the game. We fleshed out the details of our characters and asked any last-minute questions before going around to introduce them. We had a choice of speaking in either first or third person; I chose the former. It turned out that almost all of our characters had tragic backstories with the common denominator being dead parents. After going around the table AA style, we began.

The six of us were given the scenario by Trevor: We were stripped of our equipment and thrown into a dungeon (expected) and left with choices as to what we could do. I was thrown off at first, because I was used to these options being presented to me on a TV screen with a controller in my hands. We were free to ask him questions that ranged from “Can I use my lock pick on this?” to “Is there anyone outside of the door?” There was a particular instance after we’d left the cell that we became separated. Four of us were stuck in the hall surrounded by some guards while the other two were in another cell that held our equipment.

When it was my turn to make a decision, I paused and looked at Trevor. “Can I… punch the guard in the face?” I asked. “Yeah, of course,” he replied with a smile. “Okay… uh, I’m going to go and punch him in the face.” Trevor looked down at his sheet of paper. He was partially hidden behind a makeshift wall. “The guard is on the floor, knocked out,” he informed the group. “Wait, can I slit his throat with my dagger now that he’s down?” After rolling the dice to make sure my action would work, I’d killed my first guard.

We finished the round a little while later after realizing that it was approaching midnight. With good company, a great dungeon master and free cookies, it was a good session. I enjoyed the amount of freedom that came with playing the game, a refreshing change from picking scripted dialogue options. The next morning I told my dad about this new exploit and he gave me a look. “Emma, Dungeons and Dragons has been around for a long time. I used to play with a buddy of mine.”