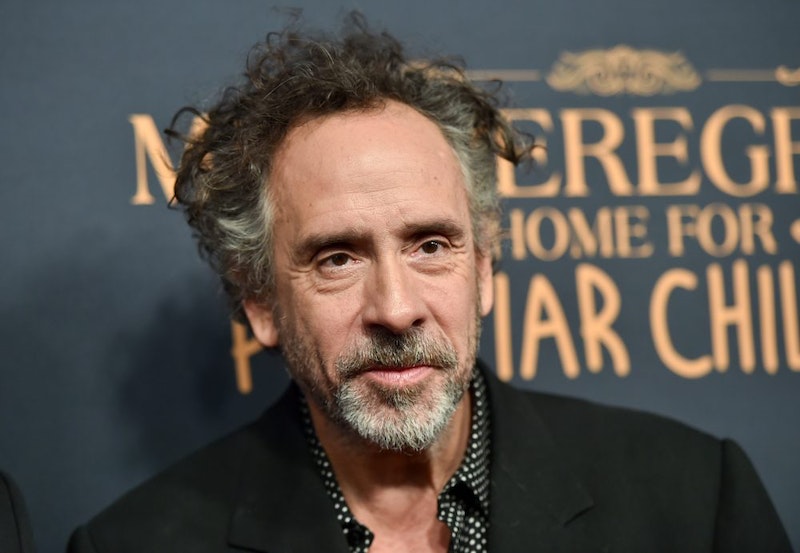 Tim Burton is a white movie director whose screen characters are generally also white. This sort of casting is hardly unusual. The Coen brothers do it, as does Martin Scorsese, Paul Thomas Anderson, Wes Anderson, and a host of other auteurs. Spike Lee, in a similar vein, would cast only black characters if he didn't sometimes need white characters to portray the oppressor, and that's fine. Artists should never adhere to any societal rules or social justice trends that might limit the expression of their vision.

Burton's been taking heat for this tendency of his, now that Samuel L. Jackson’s murderous Barron character is the only minority in his latest film, Miss Peregrine’s Home for Peculiar Children. The latest social justice tempest in a teapot started when Bustle writer Rachel Simon asked him about the lack of diversity in the film, and he responded, “I grew up watching blaxploitation movies, right? And I said, that’s great. I didn’t go like, OK, there should be more white people in these movies.” He also mentioned that when he was a kid, he saw the insertion of black and Asian characters on The Brady Bunch as a gratuitous bow to PC demands.

This is the sort of attitude that could get you labeled by the diversity police as a “white supremacist” under their new and expanded version of a designation that used to be confined to the kind of people who burn crosses in a black family’s front yard. To them, Burton has a responsibility to cast his films to accurately reflect the diversity of today's society, even though the fictional story takes on a remote Island in Wales.

Manhattan-based Simon tweeted that Burton had the ability to cast anyone he'd wished to, but failed to fulfill his social responsibility. Whether or not artists have an ethical duty to avoid expression that's deemed “harmful to society” is a perennial political question. Culture warriors on the right decry the decadence purveyed by Hollywood and the music industry, while ideologues on the left declare that art can't be meaningful unless it positively represents their chosen societal ideals.

Insisting that artists adhere to guidelines established by any power structure negates the evolution of artistic expression since the Middle Ages, when there was no secular art to be seen because of the priests. How many geniuses were stifled by this restriction, and the attendant culture impoverishment, cannot be quantified, but it wasn't until the Reformation that artists were allowed to follow their own muse, a prerequisite for the fulfillment of artistic ambition.

Even in the absence of religious or political edicts limiting artistic expression, established ideas become calcified due to groupthink, which springs from the perceived need for societal harmony. Those within the establishment have too much to lose by questioning accepted truths, so they suppress their reservations. For artists to provide a counterbalance to the natural societal tendency to reinforce the status quo, an essential duty they’re uniquely suited to carry out, they have a responsibility to remain aloof from the mainstream.

Rachel Simon chose to single out Tim Burton in this instance, but is he really in a position to actually please the culture police on the left? Take a look at the recent controversy surrounding novelist Lionel Shriver's speech at an Australian writers conference. Shriver mocked the controversial concept of “cultural appropriation,” infuriating the politically correct, who insist it be considered axiomatic. The author was particularly upset about non-minority writers such as herself being told they must not write in the voice of minority characters, whose depiction, they’re told, must be left to minority writers. So even if Burton were to decide to incorporate minorities into his work to satisfy arbitrary diversity quotas, he'd then be found guilty of this particular new sin. He's in a lose-lose situation here, so he's better off just following his own vision.

Artists should satisfy only themselves, and then hope they can find an audience. Once they start making concessions to a shrill and insistent minority, it's time to seek another calling, because the demands will never cease. Simon wrote, referring to the film’s characters, “The idea of seeing them portrayed on-screen thrilled readers of Riggs' book hoping to see a diverse group of actors take on the challenge,” but who goes to the movies to get thrilled by diversity? Burton’s defiant response to Simon was correct. He told outrage culture to go to hell, where it belongs.