The etiquette of making out and the Facebook friend. 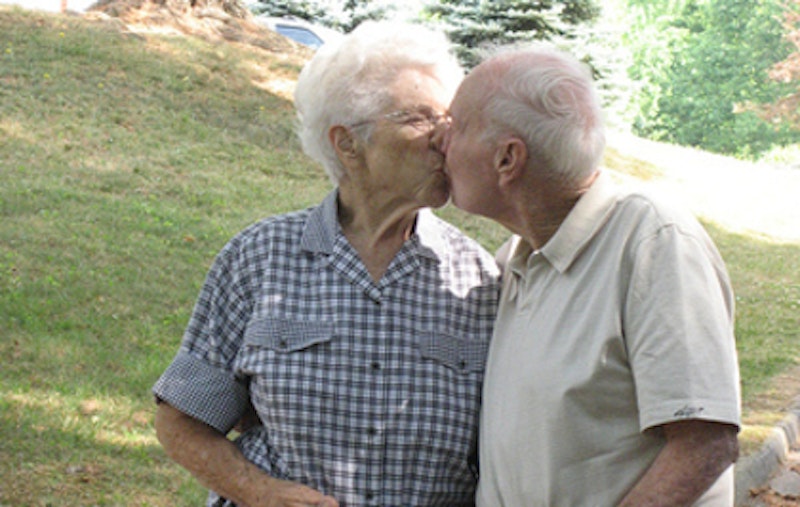 One of the greatest debates of our time is whether you must be outside to call “Shotgun.” According to the basic social commandments of etiquette, sitting in the front passenger seat of a vehicle is a privilege reserved for those quick-thinking enough to yell out “Shotgun” before anyone else. Beyond that basic assumption, there are no official rules dictating where and when a “Shotgun” call is acceptable. Some people claim that you must be outside of a building en route to the automobile, while others allow through-the-window calls, as long as you’re on your way to the car. Generally, I abide by the “Driver Decides” law, in which the owner/operator of the vehicle makes all final judgments in “Shotgun” cases.

These distinctions are important, and without them, the very fabric of our society may find itself in danger. Being able to maneuver through the minutia of our everyday American etiquette allows for maximum social mobility, as well as avoiding dangerous petty arguments which can often turn into relationship-altering blowups. You’ll also never have to sit next to the smelly kid riding in the back.

I am a master of these postmodern unwritten statutes, having spent most of my 22 years taking notes and mentally crafting a definitive volume of rules. I have become the caretaker of the eternal rules of etiquette for my circle of friends and acquaintances, though they probably don’t want to admit it. I simply pride myself on understanding the subtleties of human connection.

If my girlfriend’s father asks me to call him by his first name during our initial meeting, what do I do? Easy, call him Mr. ___ until corrected a second time—but be sure he isn’t a doctor, because if he is, you must call him Dr. ___ no matter what he says. What happens in the event of a tie during a “dibs,” “not,” or “Shotgun” call? Great question! If there are two of you, the result is a best-of-three rock, paper, scissors match. If there are three, then one of you is wrong—there are no such things as three-way ties.

My mastery of interplay, however, has two massive holes in it: I don’t understand using Facebook or making out. They just don’t make sense to me. I mean, it isn’t as if I don’t participate in either one—I have both a girlfriend and a Facebook account. What I can’t figure out is the etiquette. Oh, and please don’t tell my girlfriend that she just got compared to the place I play Scrabulous. That would be poor manners.

See, here’s what puzzles me: all human interaction exists mostly through determining levels of comfort and acceptability. Licking a stranger’s breast on the street in the middle of the day is most likely inappropriate. If said licking occurs between two monogamous, dating adults in the privacy of their own bedroom, then it’s more than okay. Of course, the difficulty—and my specialty—exists in determining the gray areas in between.

Making out is virtually indecipherable. For whatever reason, it carries a different connotation with everyone. There is no common ground of comfort level or acceptability. Some people find making out next to me in line very acceptable and comfortable. Some people will only make out in private. Some people will make out with someone they’ve never met before—or even spoken to. Some people won’t make out unless they’ve gone on at least three dates.

What separates me from my generation—with which I feel so in tune—is that making out means something to me. This doesn’t mean that I’ve had a long-term relationship with every girl I’ve kissed, but there was always something there more than just availability. I’ve never made out with a girl just because I feel like making out or want to look cool or want a fun story or whatever drives those people always making out in the club up the street.

Maybe it’s the people around me, but to everyone I know, kissing someone else is often just something to do. To them, it’s assumed that both parties don’t care about each other and are just kissing. This isn’t always the case, just mostly.

Everyone knows sex is complicated. Sometimes people like to pretend that sex can mean nothing, but it’s impossible; there is an active decision made. People decide to go home together. Or you decide to go into that shady room in the back of the upstairs hall. At some point, you both left together, took off your clothes and had sex. There’s too much intention there for someone to have no feeling. Maybe they don’t want a relationship, but they care.

I can see that making out is not sex. You don’t have to go anywhere. Sometimes you just make out and walk away—with the whole encounter taking less than 10 minutes. Sometimes you may not like the making out, so you just pull away and say, “Thanks, but my boyfriend/girlfriend will kill you if they catch us. And he/she is bigger than you. Plus I’m gay/straight, anyways.”

Still, you really aren’t involved at all? I try not to be old-fashioned. Old school, maybe, but I like to think of myself as a bit edgy, or at least accepting of the edgy. I am old-fashioned when it comes to kissing, however. When I see two people kiss, then act as if nothing had happened later that night—while they’re most likely kissing other people—I can’t figure out what gene I’m missing.

Maybe it’s the meaningless Facebook friendship gene. I love Facebook just as much as anyone else. I spend the same hours that you do crafting the perfect profile, checking up on exes and trying to figure out where that damned Indonesian city is in the Geography game. For whatever reason, though, I’ve never really taken to friending people. It’s just not my style.

I know getting that “Such and such has added you as a friend” e-mail doesn’t mean anything. I know they don’t think that I’m neat or something. I know that girl didn’t think I was cute and that guy doesn’t think I’m cool. I know that I’m just a statistic in the universal quest for one million friends and that’s why they looked up my difficult-to-spell last name. Yet, I catch myself every time wondering, “Ooh, I wonder why they chose me. I must be special!”

Now, making out has not lost meaning because of Facebook. I’d have to be crazy to think that—people have been treating kissing like just another activity since I was 12—way before Facebook came around.

But the truths behind each seemingly vacant act are the same: we want to quantify our conquering. How popular am I? Easy, I’ve made out with 40 people and I have 369 Facebook friends. I bet those are lowball numbers for some of you. I bet you read that and went “only 40?” or “only 369?”

Those aren’t my numbers. You read them and painted an instant picture of me. Now that you found out they’re untrue, I bet that picture is different. My numbers are irrelevant. I have no problem with quantification—again, like I wrote last week, I’m a damn proud American. Stats and measurable achievement are cornerstones of the American identity. I mean that sincerely. Quantification makes baseball great and following politics fun. I don’t have a problem if you want to think about yourself that way, I really don’t.

Just don’t judge me or blame me for looking for a little more. If you want to get to know me, well, start by Facebooking me. But you’d better let me know I’m more than just a statistic: I don’t want to misinterpret it.