Mugging for the Camera

An LA artist questions our obsession with celebrities through pop art renditions of their mug shots. From The Daily Trojan. 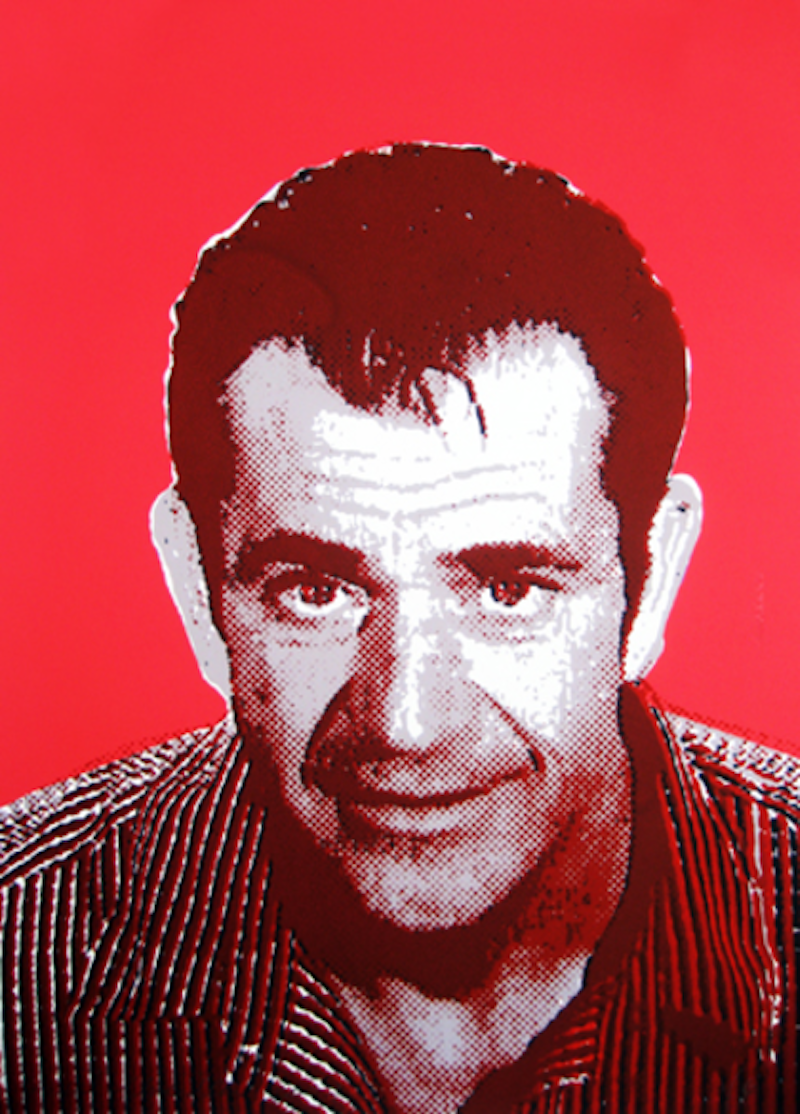 Today's society glorifies a celebrity's night at the club, trip to the grocery store and even a visit behind bars.

Hollywood's famous faces are plastered all over America because of society's escalating obsession with every aspect of celebrity life.

Artist Rachel Schmeidler, however, has a whole new idea, far from the endless paparazzi shots that picture celebrities clubbing, shopping or vacationing.

This idea is based on the one thing Nicole Ritchie and Charles Manson have in common - a mug shot.

Schmeidler is far from a paparazzo; she is a revolutionary artist, whose work in her exhibit, "Hollywood Most Wanted," resembles Andy Warhol's comic book-style with her own unique twist. Her pieces depict different celebrities in their most fascinating roles yet - as jailbirds.

Schmeidler adds her personal technique to Warhol's familiar silkscreen printmaking. She describes it as "new imaging technology," a method that produces mono-prints, meaning each piece is one-of-a-kind.

"They are basically large scale printers that fool the eye," Schmeidler said. "They print so accurately, you can't tell the difference. It's sort of deceiving."

In addition to this groundbreaking technique that combines the "new and old printing processes," Schmeidler's concept is truly what catches the eye.

Those stars that we idolize most, line the walls of Schmeidler's exhibit, boasting crimes including drug possession, driving under the influence and even murder.

The artist explained that society "cannot help but glorify [today's celebrities] because we see them on a daily basis [in photographs]."

She just hopes the mug shots will create some sort of realization in her audience that the people they worship "have all been arrested for serious crimes."

It is not until one sees the familiar faces of Jane Fonda, Nicole Richie, Mel Gibson and other major Hollywood celebrities in the compromising photos - unlike any of the glamour shots or red carpet stills society is used to - that one grasps Schmeidler's concept.

There is something almost eerie about the pictures; the fusion of an authentic mug shot with the artistic bold colors and patterned elements is difficult to digest at first.

Schmeidler understands this reaction and explained that "people get entertained and laugh at first, and then they understand the seriousness of it."

And that is exactly what she wants.
"I am not in control of how people interpret my art," Schmeidler said. "But my goal is just to get them to think."

The "Hollywood Most Wanted" exhibit does just that. It arouses much needed doubt toward the individuals our society chooses to admire for no apparent reason.

Schmeidler first became interested in the celebrity world when she worked on Michael Jackson's 2005 criminal trial.

And soon after, when Mel Gibson got arrested, she "realized what a circus everything was."

Her feelings toward this circus of celebrities and the law are evident in her art. In Michael Jackson's mug shot, the entire picture is faded blue, with his lips emphasized in bright red paint, resembling a clown.

Schmeidler explained that his mug shot is the ultimate example of "how absurd the media is [because of] how much attention was given to the [Michael Jackson] case."

In addition, Schmeidler wants her audience to realize that "not all of [the celebrities pictured] were even convicted." She said that "just because you have a mug shot does not mean you are guilty," and that raises another discussion concerning the double-standard that many of today's well-known stars enjoy.

Other than occasional painting, Schmeidler stays loyal to her style, often compared to Warhol's pop art of the 1960s. It isn't his style, however, that draws her to his art.

Schmeidler and Warhol both attended the prestigious School of Art at Carnegie Mellon, and Warhol was a household name between her and her friends in Pittsburgh, where he resided.

Though most of her pieces are priced around $800, Schmeidler's art has the same casual, pop-art look that she prescribes. Each bright painting catches the eye, and each is connected to a different story.
Some of the pictures are simple; Lindsay Lohan, Lil' Kim, Anna Nicole Smith and many more of Schmeidler's subjects are pictured because of drunk driving or drug possession. There is hardly a greater story behind these instances - just the story of a wild party girl, mixed up in the Hollywood scene.

Others, however, tell more. In Fonda's mug shot, she holds up a fist, visually expressing her opposition to the Vietnam War after being arrested for disturbing the peace.

Gibson's original arrest was for drunk driving, but the ordeal became headline news when he infamously slandered the Jewish race. In his mug shot, he is clearly inebriated and smiling, adding to the insanity of the story.

"We are drawn to the mug shots because they tell us more about [the celebrities]," Schmeidler said.

The success of her exhibit surely demonstrates the increasing significance society places on celebrity lives, whether they are on the red carpet or behind bars.