But, I Mean, I’m A Real American 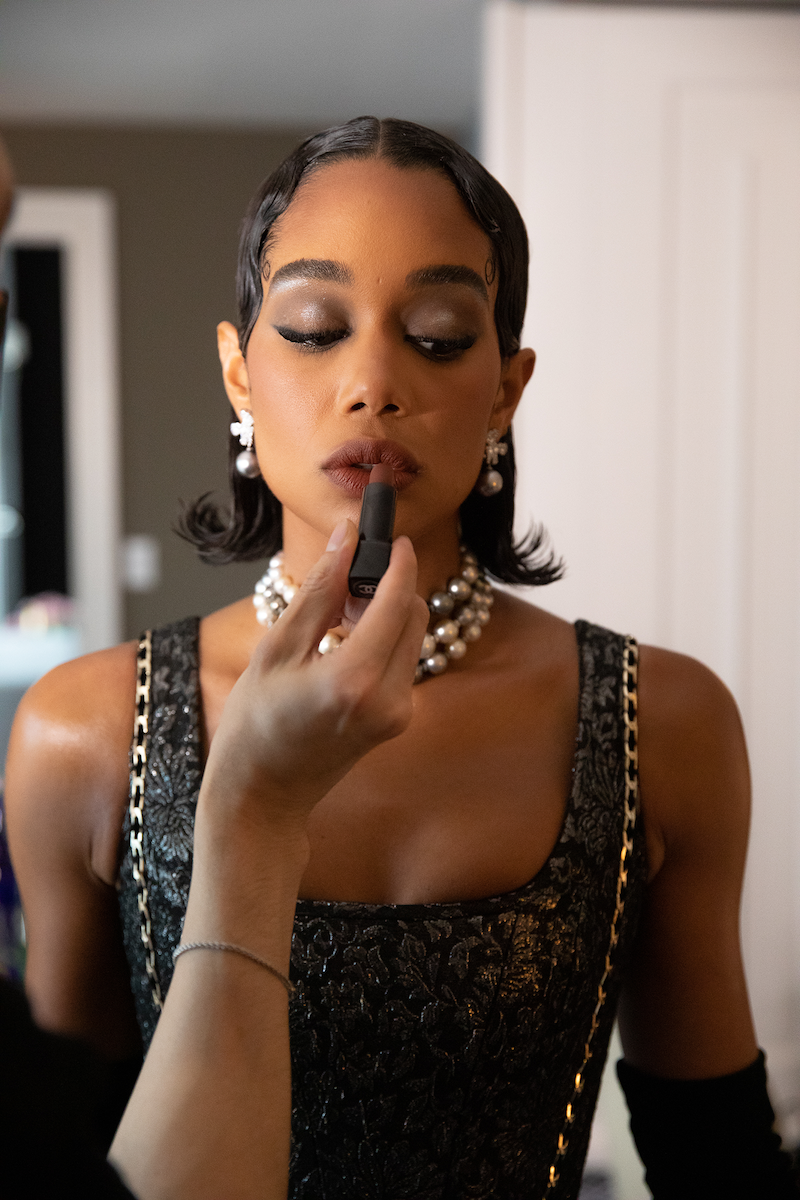 Robert Plant: You’ve got this thing inside you where you know there’s something around the corner that you’ve never heard before, but who’s going to pick the lock to get it out?

Laura Harrier: The gays. [Laughs] I’m excited about everything.

Plant: It was all so new. From then on I was kind of gone.

Harrier: I’m sorry we didn’t get to meet in person.

Plant: Yeah, but no matter what happens, I have no choice.

Harrier:  I just want to feel hot and bitchy, that’s where my head is at right now. It’s not like doing a cartoon, it’s a version of me, but it’s animated, which is really cool. But, I mean, I’m a real American.

Plant: And in its own way, that’s the blues.

Plant: So I met him where all the buses are parked, at this big festival, and we eyeballed each other and smiled in the darkness.

Harrier: What do you talk about?

Plant: I’m still looking for him.

Harrier: I just wore this really good lace catsuit thing out in New York that was, like, fully naked, that I was obsessed with. It was cute.

Plant: Over here, the revolution was slightly to suit a bit of a cottage industry; there were a lot of bells and beads and stuff being sold.

Harrier: Anything that you see, just send it because I know you have the best taste.