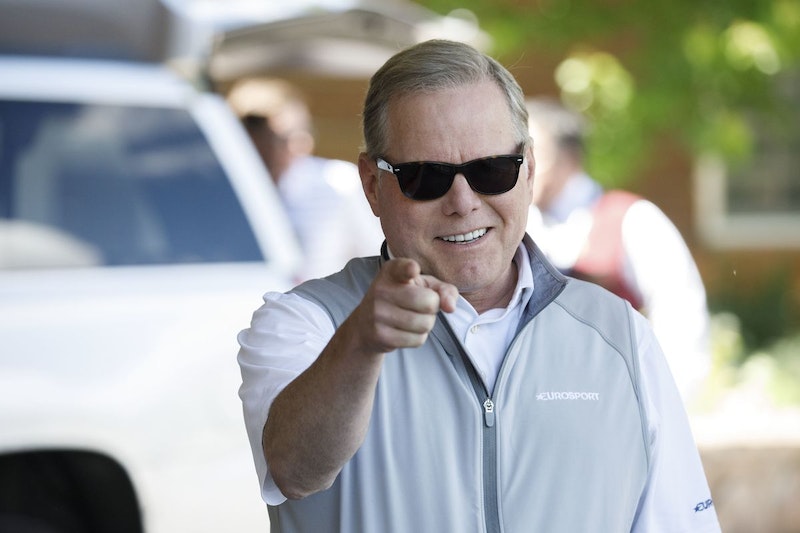 Two years after its launch, HBO Max has supplanted Netflix as the premiere streaming service, the only one with multiple new shows that people talk about. These are the only two streaming services that have ever entered pop culture in any meaningful way. There are so many, with Hulu, Tubi, Mubi, Paramount+, Disney+, and Amazon Prime making up the second layer of this awful pyramid. People have heard of those services, and perhaps even have one without being aware, but whatever’s on there doesn’t come up in conversation. Baby Yoda fans and “Disney Adults” aside, what 24/7 high quality streaming on demand has done in the last decade is erase the art of moving images from public consciousness and conversation.

David Zaslav understands that. The newly-appointed head of Warner Brothers Discovery announced on Thursday that HBO Max would be “folded into” Discover+, with a radically reduced slate of original productions. Like FilmStruck in 2018, HBO Max will hover up to tech heaven along with MySpace and Vine and everything else on the internet that died before it made anyone miserable. While HBO series like Euphoria, Succession, and Curb Your Enthusiasm will continue to air on cable, they’ll stream somewhere else. Prior to the announcement, Zaslav was finally introduced to the people and their impotent wrath. He’s correctly said, “What are they going to do, stop watching TV?”

Television remains the enemy. It’s a fundamentally different experience than sitting in a theater, whether you’re watching a movie or the news. Ever since the first cathode ray tube was installed in an American home, there was no going back, and while I wish Pasolini lived long enough to continue advocating to make television illegal in Italy, it will always rule our lives. Zaslav has popped up a couple of times before with provocative quotes about movies like Cry Macho and the company’s favorite son, Clint Eastwood: “We don’t owe anyone any favors. It’s not show friends, it’s show business.” As I wrote at the time, Cry Macho was beautiful, but I was alone in the theater, and while Eastwood’s relationship with Warner Brothers is one of the longest and warmest in Hollywood history, green lighting a $33 million movie that isn’t expected to turn a profit sounds pretty stupid to an outsider.

Zaslav is not “an enemy of cinema,” as one person tweeted, he's the kind of studio executive that took over at the end of the 1970s. Peter Biskind may be a conniving, misogynistic asshole, but his book Easy Riders, Raging Bulls is a fine guide through the transition from old-world immigrants running movie studios to pharmaceutical executives (New Hollywood came out of that gap, with successful counterculture companies like BBS and maniacs like Charles Bludhorn producing major motion pictures people still talk about today). For more than 40 years, American cinema and television has largely been produced and approved of by people like Zaslav, whose only interest in the medium is its financial return. He’s nothing new, and neither are his goals.

In May, he told CNBC that, ”This year, we’re spending $22 billion on content… So the question is, if you have Hacks, if you have The Staircase, if you have Euphoria, and you have the biggest TV library and movie library and lifestyle library, you know, how many series do you need at one particular time… So we’re going to look at how much do we need to nourish an audience not just let’s throw everything that we have at it and, you know, from a diversity perspective, we have all the different content that we can put in. We can even put news in which we’ve done in Europe.” I’m sure if he could, he would’ve axed Oliver Assayas’ Irma Vep, an excellent show but one whose ratings evaporated as its eight episodes aired over the summer.

But Irma Vep, along with most of the HBO shows you’ve heard of new and old, isn’t under Zaslav’s purview. HBO Max produced The Flight Attendant, which has already all but officially ended, at least according to star/producer Kaley Cuoco. Access to The Wire, The Sopranos, Sex and the City, and other classics will go somewhere else—it won’t be “harder to find.” While I have no affinity for a man who doesn’t respect Clint Eastwood, I get a perverse kick out of Zaslav saying, “We should be curating what the consumers see” and that, “Netflix was a huge mistake” (it was). Considering all television is junk food at best and poison at worst, I admire Zaslav narrowing “content” choices down for people. God knows they can’t do it themselves!

This isn’t a harbinger of any new anti-art evil, in fact he’s remarkably similar to producers and studio executives throughout the history of the medium. Nothing has destroyed the importance of cinema more than streaming’s panoply of options, especially its inane original programming that few watch and no one talks about—so go ahead, David, dump it all out and bring back the cable box.