Put a muzzle on Timothy Egan. 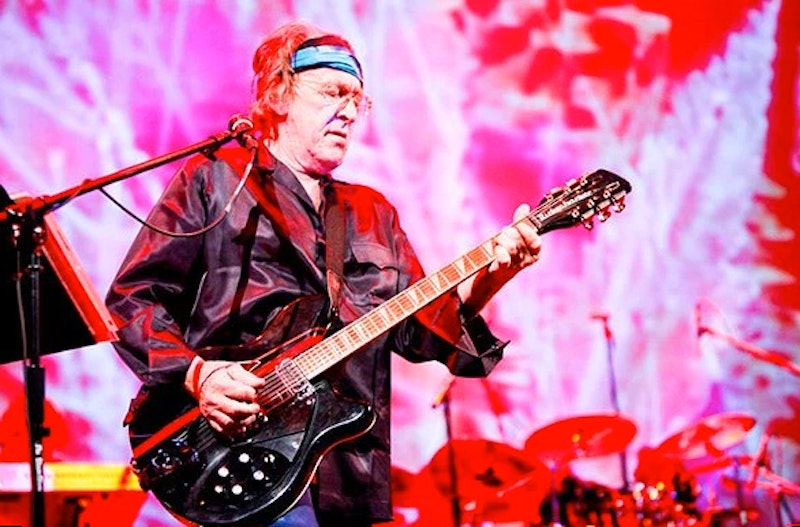 My friend J.D. King emailed the other day to note an atrocious New York Times op-ed on—get ready—the recent number of pop music celebrities who’ve died since the beginning of this year. I don’t think J.D. had a malevolent purpose: it was simply he gagged upon reading Timothy Egan’s “Reading Rock Star Obituaries” and felt the need to vent. I’d have missed the piece—Egan’s not quite as inept as colleagues Gail Collins or David Brooks, but he’s got a foot in the Times quicksand and I’ve rarely the urge to read his standard-issue liberal nostrums. And people complain that Marco Rubio is repetitious!

The story, which must’ve taken the 61-year-old Egan about five minutes to write, wasn’t without its pleasures. After the first sentence—“They pass away with regularity now, frozen in provocative poses of youthful eternity”—I wondered how many clichés Egan could pack into 700 words or so. Saying how silly it is that Pete Townshend still sings “My Generation,” and that Mick Jagger’s reneged on a long-ago promise that he’d rather be dead than sing “Satisfaction” when he was 45—as if this hasn’t been bandied about for three decades—Egan let us know that Who drummer Keith Moon left “this mortal coil” at the age of 32. Wasn’t aware!

The following is prime-cut Boomer solipsism: “Rarely a day goes by when I don’t miss John Lennon. I can’t remember if I cried [ripping a lyric from Don McLean’s “American Pie”] when I heard that he’d been gunned down in New York.” I’m nearly as old as Egan, and, not surprisingly, was an ardent admirer of Lennon’s work with the Beatles, and an album’s worth of solo songs after the band broke up, but I almost never think about that particular (sorry) mop-top. Same with George Harrison.

I suppose Egan’s throwaway essay was occasioned by the recent death of Jefferson Airplane co-founder Paul Kantner at 74, not long after David Bowie and Glenn Frey (the author missed an eerie coincidence; the Airplane’s original female vocalist, Signe Anderson, also 74, died on the same day as Kantner, not exactly Jefferson and Adams dying on the same July 4th in 1826, but still weird). He just missed out on Dan Hicks, another 74-year-old, who passed away over the weekend, and is remembered for his work with the Charlatans in San Francisco, and the splendid Dan Hicks and the Hot Licks.

And more, if you can stand it: “A rock star’s death is at once shocking, because rock stars aren’t supposed to die…” Really? As a buddy of mine reminded a person who, on Facebook, wrote the standard “OMG, not Paul Kantner!,” “It’s not like any of us [Boomers] are getting younger.”

Egan keeps going: “How can it be that all four original members of the Ramones are gone? Aren’t they still headbanging somewhere, three chords against a wall? Tommy, Joey, Johnny, Dee Dee. Hey, ho, let’s go. They belong to sports stadiums now, in between innings.”

And then Egan goes all gushy about Bruce Springsteen (at least he didn’t call him The Boss), saying that the 66-year-old “has long had a poet’s feel for how life chips away at hope and ambition.” I haven’t had much use for Springsteen’s last two decades of product, but liked him a lot in his early days. Still, it’s always struck me as, to be charitable, that Springsteen, a multi-millionaire who lives in a gated mansion, is regarded as the troubadour of the “lost” and “broken-hearted.”

I was 14 when original Rolling Stone Brian Jones died in a swimming pool mishap in 1969. That was shocking. Same with Hendrix and Joplin in 1970; maybe even more so when Duane Allman was killed in a motorcycle crash in 1971 at 24, probably because he was at his musical peak, unlike Jones, Hendrix and Joplin, who appeared to be in a stupor until they succumbed.

But Paul Kantner dying at 74? That’s not shocking. Sure, it conjures up memories of the great Airplane songs, especially the LP Volunteers, but that’s life and death.