Amy Schumer’s Let Off the Hook

Schumer has recently come under attack for joke theft. 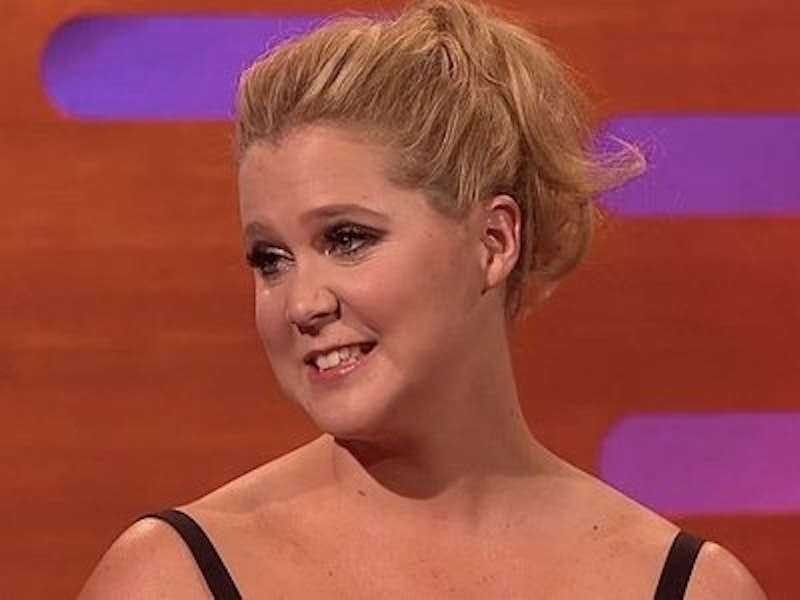 Comedians are sensitive about fellow comics stealing their jokes. You can hardly blame them, as they often spend months honing a joke on the comedy club circuit. Then someone comes along, lifts it, and they feel like they've been pick-pocketed. If that someone is highly successful, like Amy Schumer, it's extra aggravating. Joe Rogan once got so mad over Carlos Mencia's joke-stealing that he confronted him after climbing onstage during his act.

In the vaudeville days, you could easily take a stolen joke to the next town, but everything’s recorded now. Schumer has recently come under attack for joke theft, or at least the accusations are coming to a head. Schumer, as a liberal, Jewish, feminist comic who discusses her sexual exploits graphically, is a lightening rod for criticism from social conservatives. They hate her. Lining up on the other side of the aisle are the liberals, who are inclined to withhold judgment.

More interesting than the right-left divide, where the battle lines are drawn in predictable patterns, is the debate within the professional comic community. Here, even fellow female comics have been vocal in their criticism of Schumer—in particular Tammy Pescatelli, Kathleen Madigan, and Wendy Liebman. After accusing Schumer of stealing one of her jokes, Pescatelli tweeted: "So many more but nobody listens... at least Cosby knocked his victims out before he raped them." Pescatelli also accused her of lifting only from female comics. But that didn't last long, as she went on The Jim Norton Show and apologized profusely, attributing the situation to "parallel thinking." Liebman and Madigan have also muffled their accusations, perhaps in the spirit of sisterhood. Would anyone believe it's just a coincidence?

Comic Marc Maron offered an impassioned defense of Schumer in his latest podcast, but he's obviously personally fond of her. Maron let her off the hook on the one-liners, claiming they’re fair game in the comedy world, not significant enough for one comic to own. As for the accusation that she took an idea from stand-up veteran Madigan and used it for a bit on her Comedy Central show, Maron pointed out that comedy shows are written "by committee," so it's hardly fair to hold the show's star accountable for that. Maron may have some reservations about Schumer’s behavior, but we’ll never know. He wants no part of this one.

I'm not sure if Maron has seen the Inside Amy Schumer episode where she's in bed with a magician and compared it with comic Joseph Tran's "Reasons Not To Date A Magician" video, or what he’d say if he saw it, but a couple of bits are remarkably similar—the one where the magician blows up and ties a condom like you would a balloon, and another where he appears to pull a series of tied-together handkerchiefs from between a woman's legs when she's expecting something else from him. And then there's the matter of the remarkable similarity of some of Schumer’s jokes with those the late Patrice O'Neal, who was her friend.

Schumer is a very busy these days. She has a TV show, does stand-up comedy, and makes movies, so it's possible she’s occasionally felt the need to “borrow” material to maintain her frenetic pace. Other comics have faced similar controversy and continued with their thriving careers. Denis Leary was accused of the more serious offense of essentially stealing the entire comic persona of the late Bill Hicks (watching some old clips will show you why), but the general public didn't much care, so he sailed through that controversy.

Schumer will be able to shrug this off too. That became instantly clear as soon as all three of the women calling her out had a sudden change of heart. She’ll be more careful moving forward, but she's not going the way of Carlos Mencia, whose career nosedived when his fellow comics turned on him. As Maron’s full-throated defense of indicates, influential comics are now circling the wagons around Schumer. Joe Rogan hasn't even said a word.

Attacks on Schumer will now be considered political, as there's nothing wrong with “parallel thinking.” They’ll be spun as attacks on feminism and female comics. She makes fun of her body and looks, but speaks of how she hasn't let this hold her back. This is an “empowering” message that many want to hear. Until you start hearing criticism of Schumer from within her community, she's untouchable.