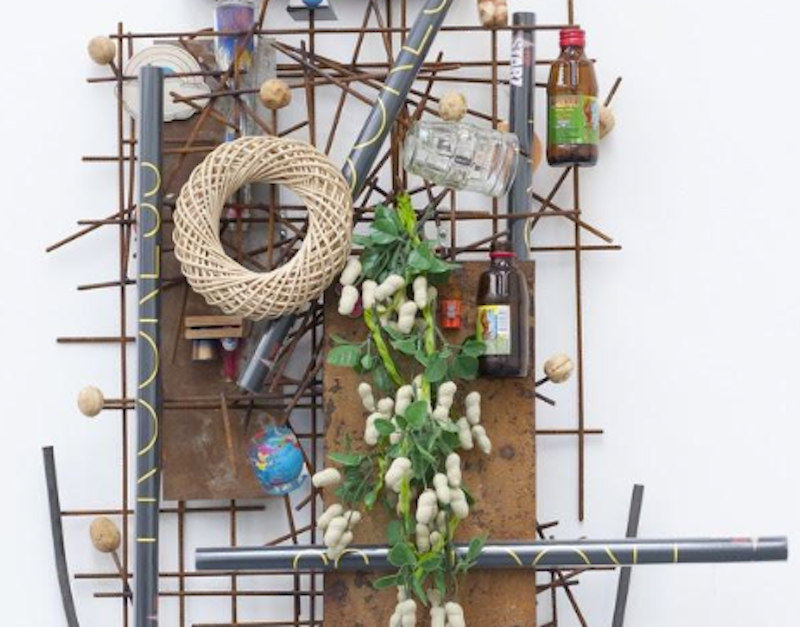 Art has a long tradition of appropriating the marginalized. From Gauguin's portraits of Tahitians to Paul Klee's use of the insane’s art to outsider artists like Vivian Maier to Lichtenstein's use of lowbrow comic book pulp panels, the gallery repeatedly turns to outside people for inspiration, passion, power, and originality, if not always for dialogue. High art is excited by foreign tongues, so long as those tongues remain foreign. The thrill of appropriation relies on the unusualness of the appropriated; Lichtenstein stops making as much sense if comic-book panels are routinely hung on gallery walls (as, despite the growing credibility of comics, they still mostly are not.)

This dynamic structures the Chicago Renaissance gallery show "Teen Paranormal Romance"—albeit in an unusual way. The title refers to the explosion in teen genre fiction such as Twilight, The Hunger Games, Harry Potter, and Divergent. Yet, none of the pieces in the show actually refer to YA. Instead, most of the work sits at the comfortable, familiar intersection of post-pop abstraction, eschewing content in the name of vaguely evocative, ostentatiously playful form.

Jack Lavender contributed several assemblage pieces, including a piece of plywood stuck against a mess of steel with crystal grapes attached. Guton/Walker is represented by a number of colorful psychedelic mattresses. Anna K.E.'s "Lucky Weekend" is a long board with colorful tiles forming vaguely fruit-like shapes on the front and clothes hanging from the back. Roe Etheridge's chromogenic photo is the one entry that seems like it's making some effort to engage with the putative them: "Louise with a Red Bag" is a striking picture of a model in a swimsuit with a photo of an airplane on it. As just about the only figurative work in the gallery, its colors leap out at the viewer. The image is iconic, but in the absence of narrative cues, the meaning ultimately is as obscure as that of any of the abstract pieces.

In the artist talk on the evening of the opening, curator Hamza Walker said he saw the show's title not as an actual statement of purpose, but rather as "readymade poetry." His statement of purpose in the gallery flyer takes a somewhat different tack, arguing that his show relates to YA fiction by contrast. YA fiction, he says, externalizes a surrealist unconscious that "revels in our meaning-making machinations." The fantasy narratives about sex and death and bizarre sparkly vampires cry out for Freudian explication. Gallery art, on the other hand, has, he argues, largely "abandoned the unconscious, leaving only "a derelict playground where there are no children, only weeds."

The idea that artists have abandoned symbolic entendres is hard to credit—Ed Atkins’ video Even Pricks in this exhibition, for example, includes masses of Freudian imagery, from an omnipresent thumb which deflates/de-tumesces to a bed with a suggestively gaping hole. But the main point is that Walker has put "teen" in the title without having made much of an attempt to put teens in the show, either as the subject of the art or as art creators. Imagine that the show had been titled "Mexican-American Mural" and had featured neither Mexican-American artists nor any specific effort to engage with the mural tradition. That would be a problem.

That’s partly because Mexican-Americans in the U.S. remain a marginalized group. Referencing their culture and art as a kind of off-hand joke, or an example of all the things your high-art gallery show is not, would be insultingly clueless, and rightly so.

Teens are not a marginalized group in the same way; to the extent they lack particular rights (like the vote) it's viewed as justified by their biological and social incapacity. Teens are driven by hormones and not-quite-developed brains; they're too young to know better. They're not marginalized, we tell ourselves; they're just inferior.

And yet, the way that "Teen Paranormal Romance" uses teens is much the way that high art always uses marginalized groups. Teen genre fiction, in Walker's formulation, is, like Tahiti for Gauguin or comics for Lichtenstein, a repository of visceral meaning lost to the more rarefied tradition of gallery art. But that meaning isn't something to engage with, think about, or talk to; instead it's something to simply appropriate as meaning. "As for the art surveyed in this exhibition, what sprouts in the wake of a YA-driven media zeitgeist are the tough and wild seeds of incidence," Walker writes. The fact that YA fiction is somewhere off the side there makes the art in the gallery cool. Why try to think about somebody else's perspective when you can pick up relevance on the cheap?

The strongest piece in the show was Kathryn Andrews' "Friends and Lovers," in which a full-size chain link fence encloses two facing walls on each of which is stenciled a cute cartoon bear face. You look in and see them from afar, but you can't get in to look at things from their perspective. The gallery marks its territory, and intruders may be seen only as long as they do not presume to see.