The democracy obituaries from the American media’s worthies never explain what happens next. A dictator? Mass incarceration of Democrats? Firing squads (but a final cigarette allowed)? They can’t explain! 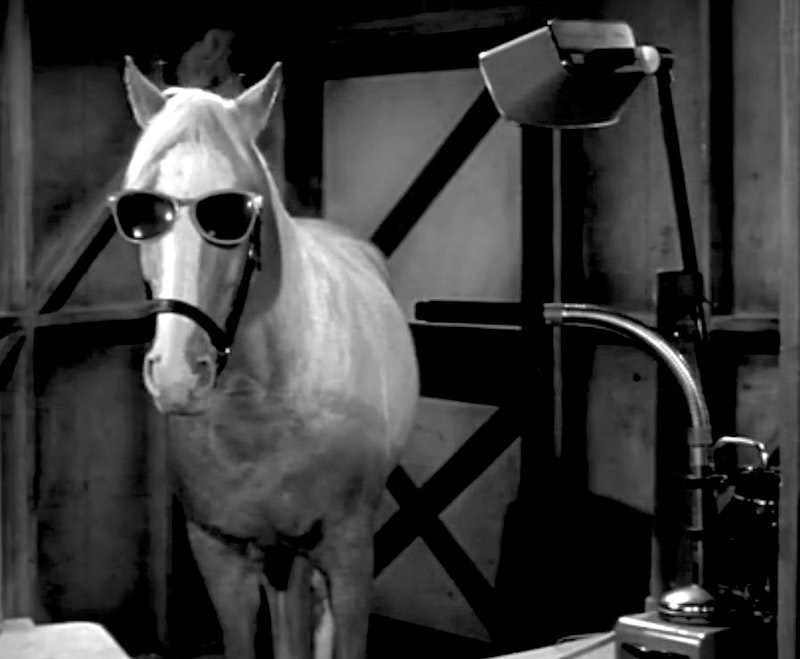 I finally believe it: democracy is hanging by a thread. Puff the Magic Dragon has put down the pipe, and put down. When the New York Yankees, once called “the General Motors of baseball,” by David Halberstam in October 1964, are embarrassed in the American League Championship Series, efficiently swept by those “cheaters,” those anti-democracy Houston Astros, depriving A.L. home run champ Aaron Judge of his rightful storybook ending to his storybook 2022 season, it’s time to agree with all the Democratic media doomsayers (and Hillary Clinton) and admit that democracy is kaput. The thread of democracy will likely finally give way on November 8th.

Oh, I’m just horsing around (no offense intended to the noble, and deceased Boxer and Mr. Ed, as well as Noah, the pony my wife rides every week or so out in a patch of land in Baltimore County), but I’m sure you’ll forgive this jaunty tone, for it’s just four days since Judge grounded out to end the Yankees’ season in ignominious fashion, which means I can catch a few innings of the World Series here and there, and then move on to a repeated viewing of Murder in Provence, starring the magnificent Roger Allam (a posh detective this time around, as opposed to his equally expert role as Fred Thursday in Endeavour) and root for the Astros, slayer of the Steinbrenner-lite Yankees.

I don’t really care who wins the WS; as a Red Sox fan—who kept up their yo-yo, schizophrenic run that began with the beer & biscuits & unhealthy fried chicken with gravy collapse of 2011, alternating last-place finishes with playoff appearances (knocked out by the cheatin’ conivin’ Astros in 2016 and ’17) and two WS rings for the lot in 2013 and 2018—I’m just happy that the stress of this year’s MLB season is over now that the Yankees are in internal disarray. Doubt it’ll happen but if manager Aaron “Boonie” is canned, you know Joe Maddon will be his replacement. Not my concern, and it suits me if they keep Brian Cashman as well.

I really don’t ask for much: a flat tax, a sane immigration policy (meaning more immigrants), a president who doesn’t forget that he made a unilateral decision to start a class war by forgiving student loans instead of saying it passed Congress by a “vote or two,” less taxpayer money flooding into Ukraine to line the pockets of defense contractors, a decent Mexican restaurant in Baltimore, less fraudulent texts, no untoward medical diagnoses for my family and me, and the Yankees losing.

Hmm, perhaps I do ask for a lot! But if that strikes you as greedy, that means that U.S. democracy is as robust as Justin Verlander and Dusty Baker, the current Father of Baseball if you can believe—that’s your choice, guys and gals, for this is a democracy—windbags like Bob Costas, who didn’t acquit himself very well in calling playoff games for TBS. (And that reminds me! I get that it’s an impossibility, since ESPN and FOX pay so much money to broadcast the baseball playoffs—free markets, in fairness, another sign that democracy is as safe as Paul Krugman’s job at The New York Times; you take the good with the bad—but wouldn’t it be swell if the home team’s broadcast crew called the postseason games instead of the blabbermouths on the aforementioned stations?

The Washington Post’s Max Boot—who’s past the hairshirt phase of his transformation from war-hawk Republican into Say It Loud I’m Proud to Be a Democrat; he knows where the money is, and that’s again a healthy sign of democracy—is rightfully lampooned by anyone with a lick of sense, even though he’s in no danger of “cancellation,” as long as Post owner, the pro-democracy Jeff Bezos doesn’t pay attention to his media bauble. The conclusion to Boot’s Oct. 24th column—which simply reiterated every single preceding paragraph… no, sentence… no, word—would, in a bygone world, be passed on from the old to the young as an example of this decade’s auto-pilot craziness of the left. Boot wrote, and lectured: “If you support democracy in America and Ukraine, you need to vote for Democrats on Nov. 8. But if the current trends hold up, Republicans are likely to take over the House and quite possibly the Senate, too, along with many state offices. This is how democracies die, both at home and abroad.”

I get that “Democracy is on the ballot” is as anodyne an expression as “Thank you for your service,” and before that, “Have a nice day!” but I wish, just once, that the likes of Boot, David Frum, Paul Krugman (whose Oct. 20th column was headlined “Will Gas Prices Doom Democracy”) or the brain-dead pundit of your choice, would explain to their readers the fallout of “democracy dying.” Will Dr. Jill, her husband, Kamala and Jay Powell get bumped off? Will editorialists and reporters—even the white ones!—be jailed for criticizing the GOP-controlled Congress? Will the mothballed statues of Jefferson Davis be erected in every American city, especially New York, San Francisco, Boston and Philadelphia? Town square executions? Is it likely that all Planned Parenthood workers are perp-walked into internment camps, a la FDR? Closer to home, when I write, post-democracy, that this country needs more immigrants (as I do every other week), will I share a maximum security prison cell with Reason’s Nick Gillespie and my two sons (young, good-looking men who’ll need to dodge predators)?

The “end of democracy” implies a dictator will be in charge. Who dat? Spare me the baloney about the elderly man in Florida who’s so flummoxed by Ron DeSantis that he can’t even remember to have it his way at McDonald’s. A general or CIA Top Gun? I thought at this point they were all Democrats. What about Harry Styles? He’s a Brit, but did endorse Beto for governor in Texas, so he’s an honorary American, and a mere detail when you’re engineering a coup! Or, and this is a nostalgic stretch, the wretched David Crosby. At the least, he and Graham Nash could become friends again. Maybe it’ll be a trio comprised of Barack, Michelle and The Boss! Jesus Christ (not Him, for He’s allegedly dead, but you never know), Max, fill in the blanks why don’t you. You’re leaving me hanging by a fucking thread, and that is definitely not democratic.