Entertainment Weekly's build your own Avenger game is depressingly accurate. 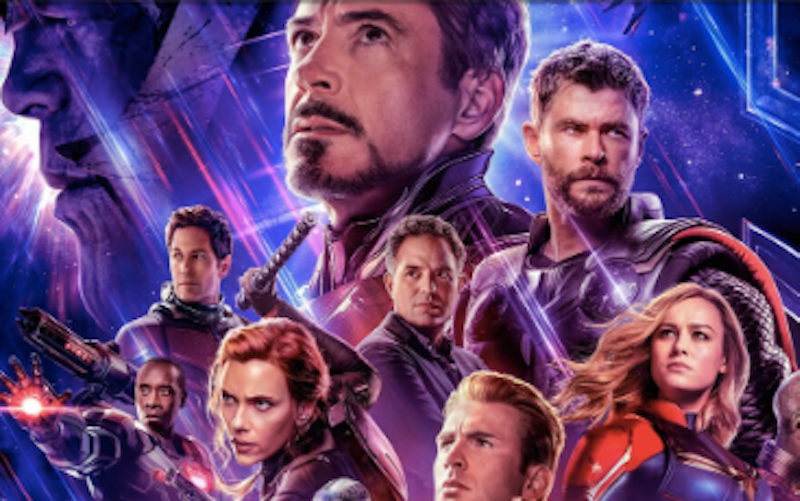 Some superheroes have super strength; some have super speed, some can fly, some can shrink, and some have guns. But their real power, which allows them to overcome any foe, is popularity. The more people want them to win, the more formidable they are—which is oddly true to life for such a fanciful genre.

Many tweets expressed outrage that the Scarlet Witch (Elizabeth Olsen), with magical chaos woo that on paper makes her one of the most powerful superheroes in the MCU, was priced at only $2—the same as Happy (Jon Favreau), a non-super-powered chauffeur. Black Widow (Scarlett Johansson), whose only super power is being able to kick people, is $5, while Vision (Paul Bettany), one of the most powerful creatures in the universe, is a measly $1. EW's nerd knowledge sucked, and people mocked them for it.

But was EW really in the wrong, or did their non-nerd-knowledge reveal a deeper truth? The Avengers pricing in the game is mostly a function of popularity and prominence. The $5 tier are all the characters who got the most screen time in the Avengers movies, the $4 tier is mostly stars who headlined their own non-Avenger films, like Spider-Man, Black Panther (Chadwick Boseman) and Dr. Strange. The bottom tier is supporting characters like Vision and Quicksilver.

On paper, super-fast Quicksilver should be able to beat up Happy. In reality, Happy’s a beloved MCU staple, and Quicksilver got killed in Avengers: Age of Ultron as a minor plot point. Iron Man doesn't have the cosmic powers of Vision, but Robert Downey, Jr. is massively popular, and so saves the universe in Avengers: Endgame. Paul Bettany in contrast isn’t massively popular, and so the Vision is repeatedly and embarrassingly beaten up in narrative sidebars. Scarlet Witch may be one of the most powerful Avengers in theory, but in practice she mostly messes up missions and gets defeated, because the scriptwriters don't care about her.

The power of popularity functions beyond the MCU as well. Batman has no real powers, but he’s probably DC comics' most beloved character, and so goes toe-to-toe with Superman, who can muscle around planets. Wolverine takes on and defeats the rest of the X-Men because people think he's cool and like to watch him win. A superhero in their own comic or film can defeat any threat, no matter how powerful, because the good guy always wins.

You could argue that this is unrealistic or inconsistent, and it is—these are super-hero stories. Popularity power is also surprisingly true to life. In the world we actually live in, being popular or respected is generally a lot more important than being strong or fast. Athletes are celebrated, but the people who can order drone strikes and nuclear wars are politicians whose main skill (at least in democracies) is getting lots of people to vote for them in popularity contests.

Similarly, being seen as normal, important, and good is a huge advantage if you want to get a bank loan, a job, or are pulled over by police in a traffic stop. Being white, male, straight or affluent is generally more important in determining success than your actual powers and abilities. EW's build-your-own-Avengers game inadvertently but accurately captures the truth that meritocracy is a myth.

It’s not an accident that eight of the 10 heroes in EW's top two tiers are white. The MCU hasn't done well in featuring non-white guys, and then EW did even worse. Characters like Captain Marvel (Brie Larson) and Okoye (Danai Gurira) are mysteriously absent from the game. Cultural ideas about who's important and central to narrative have an effect on who headlines major films, who shows up in silly Twitter build-your-Avengers games, who is popular, and who has power.

EW's game doesn't care about which Avengers is the strongest according to nerds. It cares about which Avengers are most beloved by audiences, and most promoted by Marvel. It accurately, if bleakly, captures the truth that ability or strength has little to do with who we see as valuable and who we don't.