A Riot Broke Out at the Venue 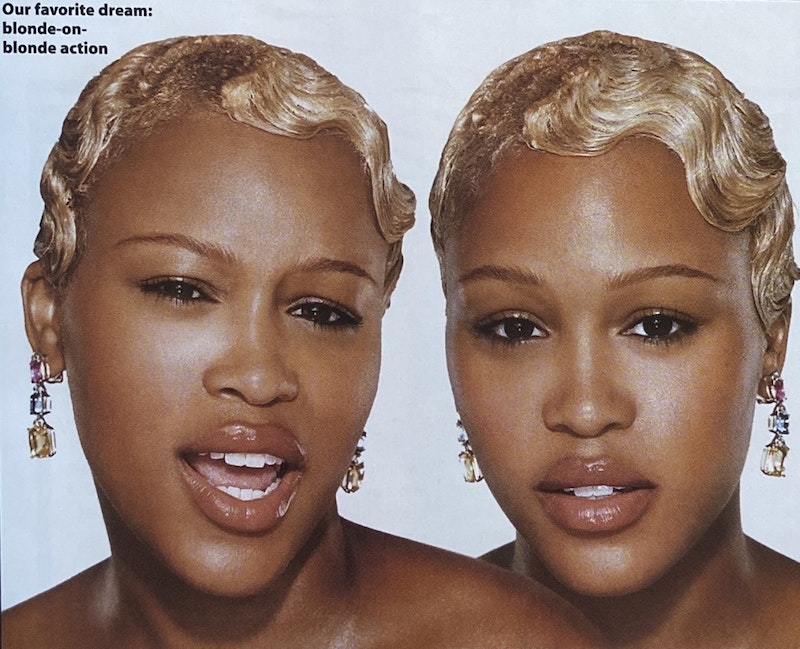 Eve: We didn't understand what was going on at all—we sat in the audience for a couple of segments and had to laugh when the rest of the audience laughed and clap when they clapped.

Marcel Duchamp: If your choice entered into it, then, taste is involved, bad taste, good taste, uninteresting taste.

Eve: If I want to wear a halter-top and a miniskirt, it's not a huge deal.

Duchamp: It was too long and in the end you lose interest.

Eve: Completely. [laughs] A riot broke out at the venue.

Eve: It was just crazy. I just have to laugh because it's a little crazy.

Duchamp: An amusing achievement at least.

Eve: I don’t think I saw a single stoplight.

Duchamp: They look trivial, but they’re not.

Eve: Yeah. You have to order them because they're not going to be sold in the US. I’m serious.

Duchamp: The fact they are regarded with the same reverence as objects of art probably means I failed to solve the problem of trying to do away entirely with art.

Eve: The styling comes after that. I don't want to make a corny sitcom.