The digital interfaces that get you to watch the wrong shows. 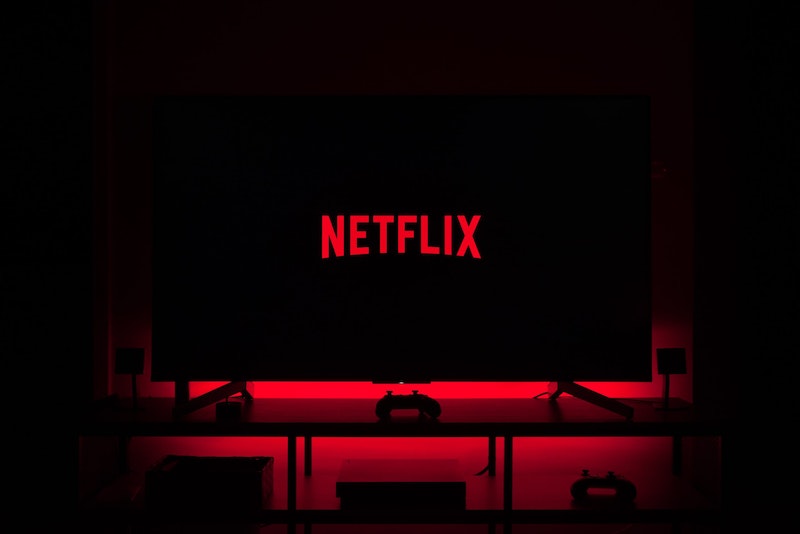 This isn’t the Golden Age of Television. It’s something much less weighty and historic; this is the moment when television is more profuse than it has ever been. On-demand streaming is exponentially bigger than its predecessor, the menu of cable channels; a single “channel,” like Prime Video, is more internally diverse by itself than those old arrays of stations were in their entirety. There’s simply too much content on every streaming platform. What begins with an explosive increase in the “choices” you’re supposed to have, as the consumer, ends up as an interface problem that providers have to solve. The crucial consumer interaction, for Netflix or Hulu, is already over by the time you’re cheering on your favorite character in a brilliant show. Their make-or-break moment happened when you logged on, stumbling through the interface, until you found something to watch.

This matters because the big streaming platforms aren’t asking the questions you’d like them to ask about your browsing. Ideally, you’d expect them to ask how they’re going to help you find great art, or at least great entertainment. You’d expect them to hire experts whose whole job would be making content easier to navigate. Because, after all, they have the stuff you’re looking for, so the product really sells itself, right? They just have to put you in touch with the right series, or the right New Wave French movie.

For a long time, that’s how I actually thought digital television worked. Then I started to notice that the big companies, like Netflix or Amazon, were acting a bit strange. They seemed to be hiding the stuff I wanted to find, on purpose, like a shopping mall or casino. The conversations I was having about television started to disturb me as well; nobody was watching the same show, anymore, but everyone seemed desperate to know what they ought to be bingeing that week. Then it hit me: streaming television isn’t a business model based on rushing out to you, for your viewing pleasure, whatever show happens to be your catnip. That’s an afterthought. The real money’s in constructing a mirage of endless possibility. Netflix’s profits are based on your perception of what you could, potentially, find the time to see. That’s what keeps you consistently subscribed to their service, month after month.

Think about Netflix’s video previews, for instance. They play automatically when your cursor lands on a given title. Are these blasts of noise and motion pleasant for the subscriber? Definitely not: I’ve yet to meet a single consumer who appreciates them. Are they informative? Not really, since suspense trumps information. They’re not there to help you find what you’re looking for. They’re designed to throw you off-track. Ideally, you’ll decide that you’re interested in some show you’d never considered watching before. If that fails, then the videos at least turn their platform into a deliberate blitzkrieg. You can’t possibly doubt that there’s a lot to watch on Netflix, since dozens of shows and films were just barking at you as you passed. I’d guess that even the stutter created by each lagging trailer as it loads is part of their equation. The longer they can keep you browsing, without appearing to deliberately obstruct your path, the better.

Remember how you used to be able to navigate, instantly, to a list of the shows you were partly finished watching? You could re-immerse yourself with two clicks. Not anymore. What you’re watching is now tucked several rows down, underneath new releases and other dross. It’s also mixed up with anything you’ve recently added to your watchlist. Suddenly, finding the show you started watching a week ago has become a trying enterprise. It’s there, but only after you’ve completed a 50-yard-dash past everything else.

On top of these little tricks, Amazon makes you sit through old-school advertisements. HBO does, too. And they’ve gotten their decisions about what to advertise down to a science. It’s never the best thing they’ve got to offer; it’s merely the most explicable. Why did HBO run zero ads for I May Destroy You, while pummeling us with relentless “sneak peeks” of Perry Mason? Because they knew they had something mediocre on their hands, albeit in a fancy wrapper: Perry Mason stars the guy from The Americans, and since it’s a remake, you don’t have to explain the plot to anyone. All you have to do is show the star and the title, sort of like Tom Clancy’s Jack Ryan. Behold: the poor man’s True Detective, and the poor man’s Homeland. Meanwhile, the sort of people who’ll watch I May Destroy You will find their way to it without help, as HBO knows.

This is why Tales From The Loop got a big campaign, while Undone withered in obscurity. Undone isn’t that much like anything else, although it owes a debt to Richard Linklater; Tales From The Loop, meanwhile, is Amazon’s answer to Black Mirror. All you need to see are those antiseptic “futuristic” sets, and you know to expect a menacing, mordant world, stuffed to the gills with irony. This is also why Enlightened, which made the mistake of debuting before #MeToo got off the ground, was cancelled in a hurry. Supposedly, it was cancelled for having bad ratings; in truth, promoting a show about a hysterical, traumatized do-gooder made HBO nervous. That’s a totally untested type of protagonist. Meanwhile High Maintenance, which also had bad ratings, was allowed infinite time to grow its audience. The show looked, felt, and sounded like Entourage at its most baked. This gave everyone vast confidence in it. To this day, High Maintenance hits all the right, familiar notes—which is another way of saying that it’s a huge waste of your time.

The galaxy of on-demand entertainment that’s currently raking in billions of dollars is a fool’s paradise. It’s afloat because it’s novel, and because we used to pay so much more for cable. Nobody’s really asking themselves whether one good show (Billions) is enough to justify paying for a monthly subscription to Showtime. Nobody’s thinking, “Hey, if I couldn’t finish the first season of 13 Reasons Why, back when it came out, I probably shouldn’t care that Netflix has added new episodes.” There’s an entire network, with the misleading name Sundance Now, that has dedicated itself to airing nothing but second-rate imitations of far better shows.

Your best chance at remaining sane, and solvent, is to come at these bloated services like a liquidator on a deadline. Hit the free trials hard; cancel before you pay anything extra. It’s smarter to pay for exactly one month of DC Universe, to see all of Harley Quinn, than to keep hanging onto Disney+ because you intend, eventually, to watch all the Marvel movies in chronological order. When you’re done with Banshee, cancel Cinemax—there’s no shame in being indifferent to The Knick. Cancel any streaming channel you don’t touch for two straight weeks. Try running from all the formulaic, derivative shows out there as fast as you possibly can.

I promise, if you go far enough in the opposite direction, you’ll find out that freedom from the interface, freedom from “browsing for my next binge-watch,” is worth more than all the Ozarks, bloodlines, and homecomings put together.