Every artist hopes for admirers, but it makes the experience of going out in public fraught. 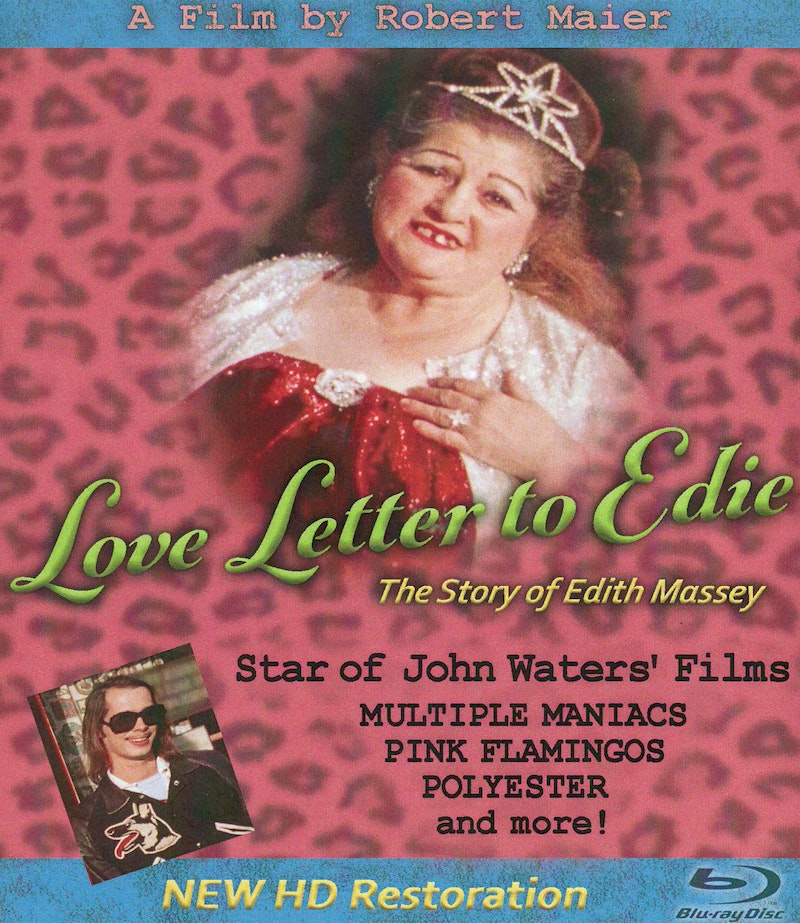 This morning while drinking tea and looking out at the dust storm blurring the mountains, an email popped up on my phone. It was a rare piece of fan mail. I don’t get many—never have. I’ve learned that they don’t portend fame or fortune; just a brief sense of a nice coincidence; that something I did landed at the right time and right place to prompt a few kind words from someone I never knew. The email referred to a short documentary I made in 1975 about Edith Massey, “The Egg Lady,” from Pink Flamingos and other John Waters films.

It’s from a woman in Portland, OR: “My boyfriend bought me a copy of LOVE LETTER TO EDIE and just wanted to reach and out and tell you how touched I was by her story and her film. I have been a HUGE fan for years and years, and this is simply one of my favorite legacies of all time. The approach to it, and the energy you captured is totally amazing. How I wish in some ways I could have been in Baltimore during that time. Now it feels like I sort of was. Thanks so much for making and sharing. Totally inspiring in every way.”

It was nice to receive on a rainy Sunday morning in the third month of quarantine.

I know several people who receive messages from admirers. I occasionally send them myself to makers of works I admire.  I’m not trying to get someone’s attention, but I do want them to know that they touched a nerve. It’s to let them know that the hard work they went through to make it had an effect; that the message was received and understood by someone.

I was first exposed to fan mail when I worked with John Waters, after his success with Pink Flamingos. He showed me some of the daily letters received from fans. Some were little works of art, others were packages with disgusting things and dark desires to meet in person. He remarked that so many were from wackos, who identified with his warped characters. They thought that the film was biographical; that he lived in a remote trailer in the woods with Divine, performing acts with friends. They believed Pink Flamingos was a documentary.

They didn’t understand that Waters’ films were fiction and far-out satire. They didn’t know that John liked reading normal magazines, (he subscribed to dozens), reading books (a library of at least 1000 books at the time), going to highbrow art films, sitting on the beach, and chatting over rum and cokes at small Baltimore bars. He did 100 pushups every morning to keep fit, and stuck to a strict schedule of writing three-four hours every weekday. He kept a to-do list on neatly hand-printed file cards, and followed them meticulously. Though he had quirks, he was far from the bent characters he created.

Early in his career, John feared some fans. Soon after the release of Pink, and the wave of crackpot mail started pouring in, he moved from his little townhouse in a seedy Baltimore neighborhood to an older and elegant 10-story apartment building. It was still in a bad neighborhood, but it had locked doors, guarded parking and a 24-hour front desk clerk who received packages, screened all visitors, and followed strict instructions not to give out his apartment number, or say he was in.

This was new. I’d never known anyone who wanted to be anonymous. Didn’t everyone want to be famous? Why else be a performer, or go into show business?

John and I were close for several years, and went to movies or restaurants regularly. It was weird when strangers recognized him, and walked up like he was a trained dog who should entertain them. Sometimes, they’d just gawk, or worse, point him out to other strangers. It got old after the first few times, and I was mortified for him.

I sometimes call myself a micro-celebrity. I mostly worked in the back office for Waters, and on other films. I occasionally hung with celebrities, but quickly saw that most were frightened of being recognized in public. They had someone else open their fan mail, or tossed it in the trash. All for good reason because the world’s filled with nuts.

In days before the Facebook “shield,” I used to get occasional letters from fans of Edith Massey, asking to meet me in person. They usually freaked me out. Sometimes people on Facebook want to get into long correspondence, but when they sound needy, I don’t reply.

I’m content—which means anonymous. I do like kind messages from strangers, especially from someone just grateful for the nice moment they were given from my work.