2016, I’m Tired of Hearing People Address You Like You Were a Person

And what about Lake Titicaca? 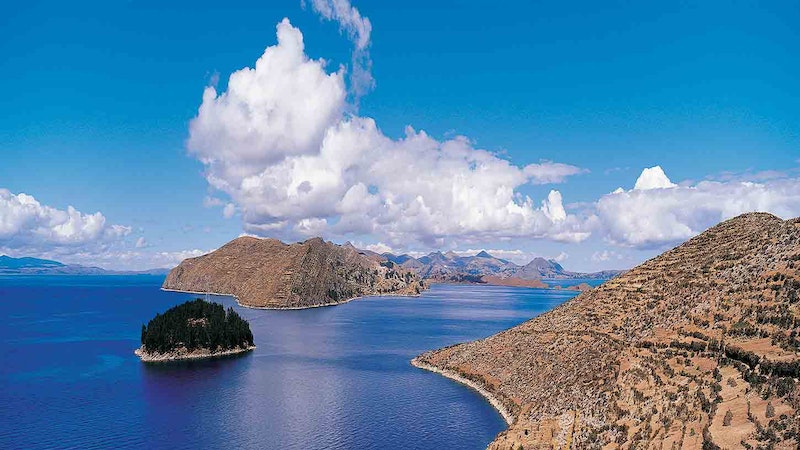 Here’s a tweet I have ready: “2016, you took a lot of practice shots, but you finally got it right.” Yes, I’m waiting for Donald Trump to have his fatal heart attack. In a pinch, I’ll settle for Woody Allen choking on his frozen self-regard. As it is, I tweeted the following a few days ago: “2016, allow me to record my indifference as to the life or death of George Michael.” A truthful statement. I really didn’t give a damn about his death. For Trump and Woody I’ll make an exception, but usually I care very little when a stranger passes away.

Then why say anything? Because I spend too much time on social media. When a famous name passes away, I see the hands go up. People don’t want to express their grief, they want their grief to be noticed. That’s how I read the wave of cutesiness that greeted this year’s celebrity deaths. If God is kind enough to remove Trump from the national game board, and prompt enough to do it this year, I want to kill two birds with one stone. I want to gloat over the ogre’s death and I want to thumb my nose at everyone who boo-hooed at that invisible figure known as 2016.

Trends typically produce a backlash, and those who join in a backlash are never alone. Hence my colleague Nicky Smith has spoken out regarding the fist-shaking directed at 2016. A young man of sweeping diagnoses, he detects “Hysterical regressions into childhood as our cultural consciousness is decimated.” True enough, we’re certainly surrounded by big babies. I might be one myself: as a man of 55, I scuff around in a t-shirt and sneakers. But consider some of the deaths that Smith reads off: Fidel Castro, Elie Weisel, Leonard Cohen, Edward Albee. These aren’t childhood heroes. And even somebody who isn’t a big baby can feel a pang at losing David Bowie and Prince, the year’s marquee pair of mortuary attractions.

Sidling up to my point, I’ll add that where Smith links to skeptics of 2016 grief, what the skeptics object to isn’t regression but mistaken conversational focus. One skeptic doesn’t want people to talk about Carrie Fisher and 2016, just Carrie Fisher and drug addiction. The other wants us looking at the planet’s good news concerning health and the environment (“Mobile phones made significant inroads in the fight against rabies”). This person’s objection could be lodged against any topic whatsoever. After all, people will talk about anything rather than the African Union’s new passport or the landmark accord to preserve Lake Titicaca.

What unites those of us in the anti-anti-2016 movement is really this: people aren’t saying what we want them to say. We’re sick of hearing their thoughts about mean old 2016. We want them to say something else. That something else may be the good news about Lake Titicaca, or (as in my case) it may be a tasteful Facebook posting that reads “RIP, Carrie Fisher” and features a well-chosen photo. But the root of the problem is that today we spend too much time experiencing (“listening to” might be the wrong phrase) what everyone else is saying. The depth of the problem is shown by our solution, namely to say something ourselves. Perhaps we should all get outdoors more. I hear Lake Titicaca is beautiful.