Your Seafood Is Contaminating My Oil 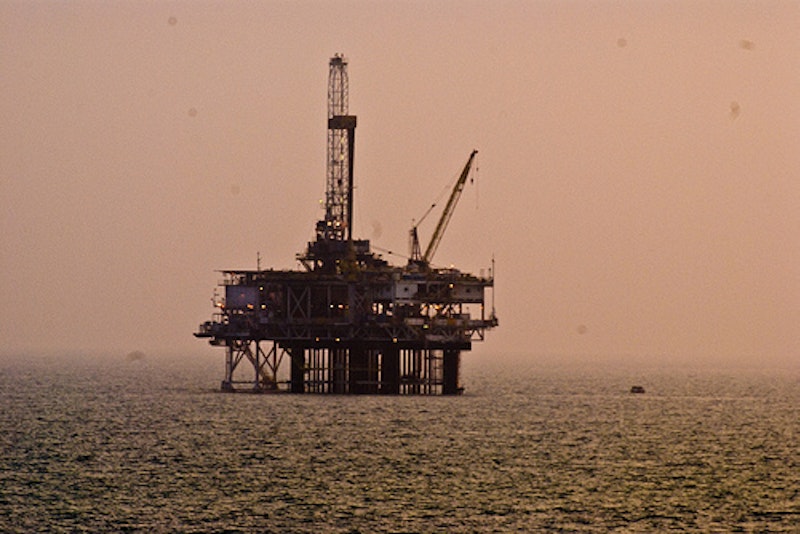 There’s a photograph missing from my scrapbook that I wish I’d snapped. The scene occurred years ago in New Orleans where the oil industry was a corporate sponsor of the 1975 summer meeting of the National Governors’ Association and I was there as press secretary to Gov. Marvin Mandel of Maryland.

As was the custom, separate social events were scheduled on most of the four evenings for governors and their wives and for staff members and other conference guests. On the first evening of the meeting, staff members were invited on a paddleboat cruise on one of the city’s waterways.

A colleague and I meandered down to the dock for the evening’s joy ride. As we approached the gangplank to board the boat, there was a massive sign to greet us:

“The seafood you will enjoy tonight is proof that oil and aquatic life can co-exist without harming each other.”

The colleague and I turned and walked away, disgusted by the crassness of the sign, and headed for one of the city’s fabled restaurants, Antoine’s, where we defiantly ate seafood, whether from the Gulf of Mexico or Lake Pontchartrain is anybody’s guess.

The sign was as irritating then as the memory of it is repulsive now. It illustrates not only the arrogance of the oil industry but also the total economic grip that the grimy business has on the entire Gulf coastal area.

The television images of pelicans and other waterfowl being grounded and motionless by oil slicks that function like quicksand are tributes to corporate greed and shortcuts that are compounded by lies and obfuscation. Grease-caked crabs and shrimp are not likely to make it to anyone’s table, let alone those of the famous restaurants that populate New Orleans. These days, BP might even be haughty enough to reverse the message and complain that seafood is contaminating their oil.

A snapshot of that sign today would be worth far more than a thousand words. To BP, it’s costing $20 billion for starters and probably billions more to come.

It’s not easy being Alvin Greene. So why all the fuss over Greene’s winning South Carolina’s Democratic primary for the U.S. Senate? It came close—well, not that close—to happening right here in Maryland and nobody even remembers.

Back in 2002, Lt. Gov. Kathleen Kennedy Townsend (D) ran such a lackadaisical primary campaign for governor that she failed to ignite the voters and several other primary losses were blamed on her indifference and cockiness about winning on her name.

So when the polls closed and the votes were tallied, a totally unknown Democratic candidate for governor who didn’t campaign, had no staff, did no advertising and made no speeches not only scared the bejeebers out of Townsend but embarrassed her mightily as well.

His name was Robert Raymond Fustero, a grocery store clerk from Montgomery County, who polled 108,659 votes, or 20 percent of the vote, against the highly visible and supposedly invincible Townsend, who, of course, won the primary with 434,948 votes but went on to lose to Republican Robert L. Ehrlich Jr. in the general. Townsend failed to grasp the primary protest message.

But Greene’s victory is raising other, more serious questions: (1) Was he a plant by Republicans; (2) He’s an unemployed veteran and has (or had) $114 in the bank, so how did he come up with the $10,000 filing fee; (3) How did he collect 103,000 votes when he had no campaign, no staff, no advertising, made no speeches or appearances and nobody had ever heard of him? (4) Is this just South Carolina’s tradition of dirty tricks at work? (5) How did Greene, who faces felony charges, win out over a well-known and long-time public servant, Vic Rawl, a state legislator and respected judge? (6) Why didn’t the Democratic party vet its candidates?

Undesirable outcomes do not nullify elections. South Carolina’s Democratic party has decided to let Greene’s nomination stand. Much of the speculation about Greene’s election victory pivots on a simple mechanical fact: Ballot position. Greene’s name appeared first on the ballot which automatically attracted voters’ attention and spared them the trouble of exploring farther down the ballot. Another simplistic explanation: Nobody’s going to defeat Republican Sen. Jim DeMint anyway, so what difference does it make.

If you believe ballot position is a lot of fanciful hot air, get a load of this. Back in the hellzapoppin days of political boss Jack Pollack in Maryland, there was a Pollack loyalist and court house factotum named Rene Marks who ran for office several times but never won.

Marks reasoned that a last name that’s in the middle of the alphabet forced him down on the ballot to a poor position that got lost in the jumble of alphabet soup. So Marks went to court and had his name legally changed to—Rene Marks AABBACH. Nobody would ever top him again on the ballot. But he still never won.

Every so often, there’s a lot of brave talk about the formation of a national third major political party. But it hasn’t happened in more than 100 years and it likely never will. The deck and the odds are conveniently stacked against it.

We’ve had the Libertarian Party, the Green Party, the Lyndon LaRouche Party and, literally, hundreds of local and state parties that are formed for specific candidates and issues, but no national third party. The last serious attempt was huddled around Ross Perot, the eccentric Texas billionaire, and the latest manifestation is the loose confederation of Tea Parties.

But it’s almost impossible to form a legitimate third party in America. Third party candidates are generally excluded from debates and media coverage. In many states, third parties are denied outright access to the ballot, or the laws make it extremely difficult to achieve ballot status. And as a result of all of the above, they have great difficulty raising money.

America, unlike many foreign countries, has had two major parties, Democrats and Republicans, for more than a century and they control the system that, for the most part, prevents the formation of third parties. And the system does so through winner take-all elections, a single seat system (as opposed to proportional representation) and plurality voting.

America’s last president without a major party affiliation was Andrew Johnson (1865-69), and that was because he switched from Democrat to Independent while in office. There are no governors among the 50 who are not either a Democrat or Republican. And there are only two senators, Joseph Lieberman of Connecticut, and Bernie Sanders of Vermont, who are not affiliated with a major party. Both are independents but caucus with Democrats. Every member of the House of Representatives is affiliated with one of the two major parties.

By contrast, California, America’s test tube for nutcake trends, is moving to abolish or neuter political parties altogether as an attempt to eliminate gridlock in its state capital. Voters have chosen to replace party primaries with top-two runoff elections regardless of party affiliation in hopes of driving politics inward from the margins toward the center. So much for Democracy in action.

The current cycle of bluster, the Tea Party phenomenon, represents the 20 percent of the wing-nut element of the Republican party by another name. It is more of a danger to the GOP itself than to the politics of the nation, and outlier candidates who’ve been nominated under the Tea Party banner are now being urged not to identify themselves as Tea Party candidates out of fear of creating their own backlash.

Third party candidates and movements rarely win elections, but they can be both meddlesome and troublesome. First, they can, in some cases, effectively bring out the vote, and second, they can influence an election. Consider the case of Perot in 1992. Bill Clinton would not have been president had it not been for Perot’s intrusion as a candidate. Perot siphoned off 19 percent of the vote, which enabled Clinton to defeat President George H. W. Bush.

So while the laws and the system are stacked against them, third parties and their candidates can, like The Princess and the Pea, occasionally make themselves felt.