Worse Than the Disease 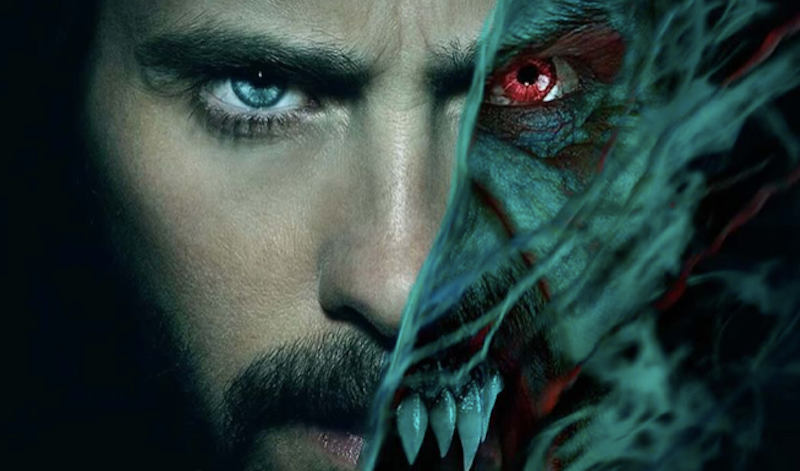 The establishment thinks Russia might be the distraction it needs to wind down the whole anti-Covid regime while no one’s paying attention—and without having to admit, just prior to the midterm elections, that the Covid “cure,” particularly the economically devastating business lockdowns, was worse than the disease.

It’s a bit like the half-vampire Morbius, in this week’s latest Marvel movie, being too busy fighting super-villains to spend time dwelling on the depressing question of whether he was better off with a mundane, debilitating disease than with his post-operative, scientifically-augmented, strength-boosting but bloodlust-imbuing bat powers.

Manhattan, the place where the political/economic establishment probably had the most say in how the health crisis of the past two years was handled, saw a seven percent reduction in its population last year, the biggest drop of any U.S. county, not a ringing endorsement.

As if in response to the simultaneous huge drop-off in business and tourism, NYC’s Mayor Adams announced last week that stage performers and athletes will now be free from vaccine mandates, even if no one else is. It’s just a sound economic decision, he reassures skeptics, regardless of science and health calculations per se. I can’t really argue with that. (It makes more sense than some of the entertainment-venue economic decisions made upstate, like giving the Buffalo Bills another $850 million of taxpayer money.)

But if the past two years have taught us anything (just kidding: they haven’t), it’s that even the people ostensibly guided by pure “science” will make seemingly contradictory decisions. In an amusing and amazing about-face, MIT has just forbidden mask-wearing, forbidden departments setting their own mask-wearing requirements, and even forbidden individuals to ask others to mask. Let there be no more talk of germophobia in Boston.

That reversal speaks to either long-suppressed frustration with Covid rules, embracing the newest science with a vengeance, or another facet of the high-profile campaign to promote pre-November amnesia. Restrictions, what restrictions? Never happened here.

And if you’re still panicked over some of those Covid case stats, just wait a bit longer, and they’ll probably go away somehow. The Centers for Disease Control, for instance, just admitted that about a quarter of the reported nearly 2000 pediatric “COVID deaths” were a coding error in the tracking system—misidentifying other causes as Covid—and removed them. We’ll have this whole ugly episode erased from public consciousness in no time. Don’t say it can’t be done!

One simple reason the establishment likely sees an opportunity here is that even if half of America hates the other half after the past few years, the public is united in being exhausted, so if Americans can’t agree on what exactly they’re keen to forget from the period 2019-2022, they agree it’d be nice to leave it all behind.

I’d be very happy with an arrangement whereby I have to be very nice to everyone and give them a new chance to make a good impression, in return for which they agree to say nothing about the countless delayed or abandoned projects, social gatherings, and travel plans in which I had a tentative hand over the past few years. Why dwell on pre-Covid hopes and dreams, really? Apologies all around, then forward together into a pleasant spring or a period of trans-partisan cooperation or whatever.

The establishment’s version of pleasant, planned forgetting, of course, is the so-called Great Reset, in which the Euro-elite types will replace capitalism as we know it with a more centrally-planned, ostensibly sustainable—and now cybernetically tracked, thoroughly vaccinated, and for good measure de-Russified—model of living that is either soft-socialist or just very subscription- and rental-based, depending on how drastically you interpret slogans like “You’ll own nothing and be happy.”

And don’t for a moment try to keep up the pretense that there’s no organized, elite plan along those lines. You may have been asleep during Biden’s State of the Union speech when he said, “Let's use this moment to reset,” but much of the world wasn’t. No serious student of politics thinks lines like that (in numerous officials’ speeches the world over in the past few years) happen by accident. They’re signaling to each other.

And we see you, you jerks. Even leftist Naomi Klein may have woken up to the fact that it’s not just vilified free-marketeers who seize upon post-traumatic moments to refashion the minds of weary victims and survivors. Self-proclaimed leaders in science, government, and industry alike love having a malleable, easily dazzled audience, and they surely have one after the wearying past three years. The question is just what they’ll try to do to it—to us.

Maybe the next great struggle will be an effort to convince us that digital integration with China beats digital integration with those troglodytic Russians, once the latter are out of the way. A few years of the ensuing “cure”—social credit and omnipresent surveillance or something along those lines—and you won’t likely have the energy to argue about or remember whether the disease was Covid, Russia, nuclear fallout, or Latin American drug gangs. Just rest assured the establishment is fixing your problems.