Middle of the Road Politics 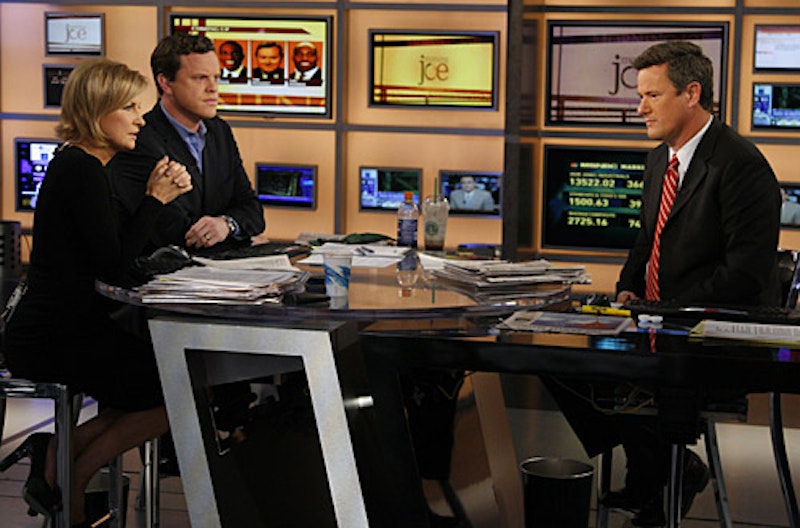 “This song put me in the middle of the road,” Neil Young famously said about “Heart of Gold.” “Traveling there soon became a bore so I headed for the ditch. A rougher ride but I met more interesting people there.”

Today’s political landscape proves Young’s point. Say what you will about the Tea Partiers, but they’re rarely “a bore,” and as for the ultra-left … er, is there an ultra-left these days?

In any case, Joe Scarborough, the former Republican Congressman from Florida and current MSNBC host (you know, the other one who was briefly suspended for making political contributions), has had enough. Doubtless taking a cue from the Stewart/Colbert rally of a few weeks ago, Morning Joe is joining the group “No Labels,” designed to bring non-partisanship back to national politics. (If you can’t recall a time when national politics were non-partisan, join the club.)

As explained by Howard Fineman over at HuffPo:

The message of the group, encapsulated in a “Declaration” written by [John McCain and George W. Bush media advisor Mark] McKinnon, is a plea for calm, reason and cooperation. “We are not labels, we are people... We believe hyper-partisanship is destroying our politics and paralyzing our ability to govern... We may disagree on issues, but we do so with civility and mutual respect....

"We have a crisis of governance—a crisis that compels us to work together to move America forward... We must put our labels aside, and put the issues and what's best for the nation first.”

It’s a fairly motley crew (others include former Rep. Tom Davis (R-VA), former Rep. Chris Shays (R-CT), former Rep. Sherwood Boehlert (R-NY) and Los Angeles Mayor Antonio Villaraigosa—please, watch your heart rate), and the only potentially intriguing member is Bloomberg. Mayor Mike’s time as NYC’s #1 nabob is quickly elapsing, and the whispering campaign about his interest in the Oval Office has been in full effect for months.

Fineman maintains that “what makes ‘No Labels’ potentially significant is its organizational ambition and big-buck backers. The group hopes to set up affiliates in all 50 states and offer support for fellow beleaguered centrists.” Despite the group’s claim that it’s “neither a third party nor a stalking horse for any presidential candidate or other candidates,” Fineman insists that it “could serve as a natural piece of infrastructure for any independent, centrist candidacy for president.”

With the taste of Ralph Nader’s multiple candidacies still rancid in many centrists’ mouths—not to mention the revisiting of Teddy Roosevelt’s quixotic 1912 Bull Moose run in Edmund Morris’ current Colonel Roosevelt—a viable third party remains a pipe dream that even Neil Young would probably dismiss up at his Broken Arrow Ranch. It’s not made any more believable when you consider the likelihood of an unaffiliated centrist getting the right-vs.-left sniping to stop in a bid for cooperation and, you know, actually getting things done.

Still, the “No Labels” label seems like it’s one to watch as we head into 2011 and presidential candidacies start to make themselves known. Of course, we could still end up (further?) in a ditch—Palin vs. Clinton in 2012?—but this certainly seems like a moment in the nation’s timeline that would benefit from a little middle-of-the-roadness.