When Keeping It Relatable Goes Wrong for National Politicians 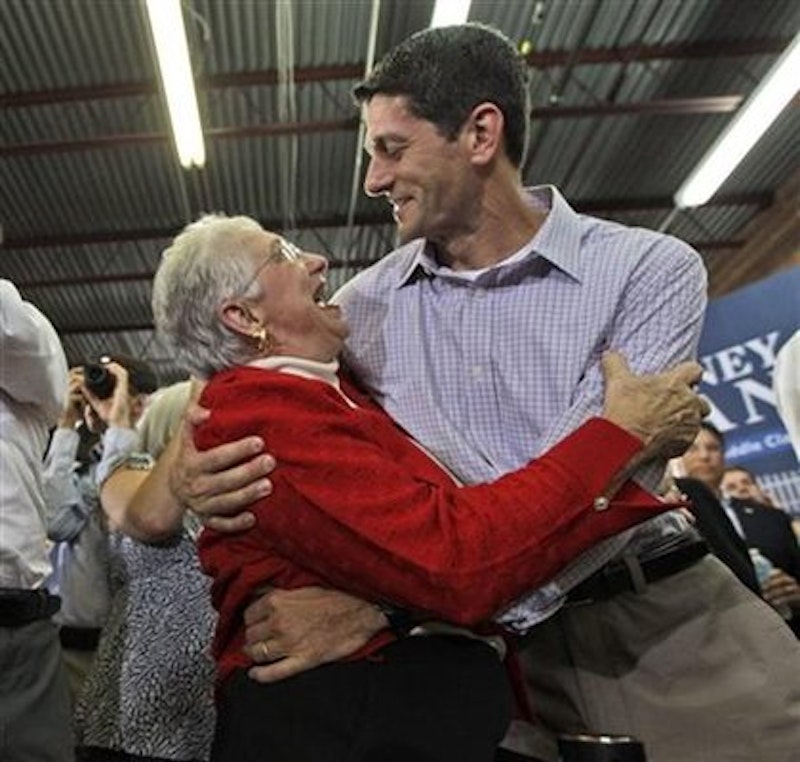 “At church last week, my national youth director introduced me to Lamar, an African-American honors student who told me that he hopes to find a cure for cancer. The passion in his voice intrigued me. ‘What drives you, Lamar?’ I asked. ‘What is it that fuels your heroic ambition, your quest for a cure?’ And then Lamar shared a heartbreaking tale of familial loss: cervical cancer claimed both his mother and grandmother. ‘I will fight until my dying breath to see that no son ever again has to watch the most important women in his life waste away in hospital beds, taken away too early,’ he declared, eyes burning and defiant. I need your votes because I’m here to fight for all the Lamars out there who are fighting for a better world.”

“I was on the way to a fundraiser in Brooklyn yesterday, when a homeless woman stepped out of an alley with her hat in her hand, asking for money for a hot meal. I gave her the few dollars I had and started to walk away, but she wouldn’t allow we to go empty-handed, insisting that I accept a stereo she’d boosted from an Audi. I wish I’d gotten her name, because what happened on that street corner in Brooklyn on that chilly October afternoon was certainly illustrative of something.”

“Whenever the conversation turns to the economy, I’m reminded of Steve, the retired Gulf War veteran I met last April at a VFW hall in Tampa, mostly because Steve charged me $20 for every bottled Molson that I ordered at the bar, and Steve knew that I knew that Steve knew that the real retail price of a bottled Molson was considerably lower than $20. But I admired his moxie, and said so, and was informed that his acceptance rate per trolling, insincere compliment was usually $10, but that today he’d settle for $5. Astonished, I opened my billfold and shelled out a Lincoln. Like many honest Americans, Steve winks a lot. Entrepreneurs like Steve are why we live in the greatest nation on Earth, and why our beleaguered financial system is on the rebound.”

“At McDonald’s, I ordered a Big Mac, plain, and the order was wrong, and I approached the manager to complain. The manager just stared blankly at me. ‘Do you know who I am?’ I asked. The manager shook her head. So I told her who I was. And the manager gestured at her tiara, shrugged, and went back to work. Was I offended? Was I grossed out at the young woman’s facial tattoo? Did I want to yank off my tie and hit that? Yes, on all counts, but I also learned something important about the rhythms of day-to-day life for millions of disenfranchised members of the lower-middle class, and I’d like to share my discovery with you today.”

“Got hustled by a rogue coke dealer on the strip during the weekend on a kilo of bogus blow, then circled back to confront him, but he flashed a piece and threw some jive-turkey Spanish cuisine along the lines of ‘let the buyer beware, Holmes.’ And then there was a long, uncomfortable silence before my travelling companion offered him a job as a stock analyst at Merrill Lynch. True story.”

“A lady approached me after a campaign rally in Northridge, Ohio, and introduced herself to me as Joanie. Now, Joanie is a widowed mother of four who put one son through medical school and another through business school on a window-washer’s salary. A lot of life was etched into her face. Now, hers was an honest face; an American face. A face that had seen and felt a lot. She carried photographs of those boys with her in her purse, and she showed all of them to me over pie at a local diner, and her eyes shone as she did so. I was touched by her story, and said so, and we embraced, and then she asked if she could have a picture taken with me for her Teletubbies slashfic blog. ‘I’d be honored,’ I replied, and I was.”

“Why, just the other day, I met an Iowan youngster named Tad. Now, Tad suffers from acute cerebral palsy and mild mental retardation, so day-to-day life is a little more challenging for him than it is for most of us, but according to his manager, he’s the best darn bag boy his A&P has ever seen—volunteering around the store wherever he can when business is slow, spending his own money on stickers for children, even staying late after his shifts to step up his bag game. So inspired was I by this amazing story that I had my aides spirit him away, over the vociferous protests of his caretakers, to my suite at the DoubleTree for some boisterous Brony cosplay and a screening of Tropic Thunder. Ultimately he had some kind of weird seizure during the ‘full retard’ scene and went into a coma a couple days before the second debate, but I’d like to think that he enjoyed himself and was personally enriched by the time we spent together. Guys like Tad are what America is all about.”