What the Hell, North Carolina?

The state looks more like Mississippi 1966 than the Smart Carolina. 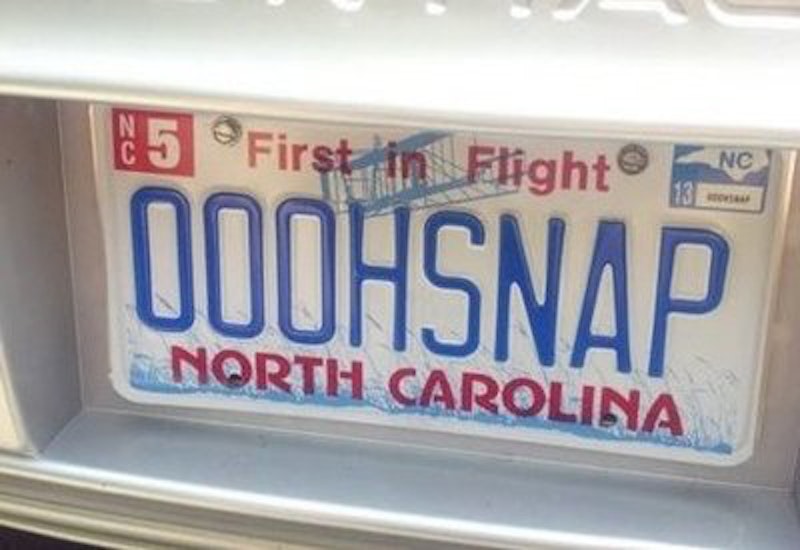 Things are not going well in my state. While much of the country seems to be moving in a more rational direction, North Carolina has recently begun to look more like Mississippi 1966 than the Smart Carolina. It’s not that the people have changed—my home state, while undoubtedly Southern, has always been among the more liberal of the backwaters—but our current elected officials make Jesse Helms look like the grand Marshall at San Francisco Pride. Let’s start with the most obviously crazy bill to get introduced by our elected officials: the Defense of Religion Act, which declared that North Carolina would no longer recognize the federal government’s prohibition of state religion. The bill, introduced by two Republican Congressmen, was (thankfully) dismissed by the Speaker of the House, but not before the rest of the country started to suspect that vinegar-based barbecue sauce pickles the brain.

Congress then moved onto more pressing matters, like mandating that future generations of school children learn cursive, as stipulated by the Back to Basics bill, which passed unopposed because penmanship is really important. Next on their journey back in time, Republican leaders decided that what this state really needs is fewer of those pesky young voters and introduced Senate Bill 667 or the “act to provide that if a child registers to vote at an address other than that of a parent, that parent may not claim a personal exemption on account of such child.” In other words, you get taxed if your kid votes where he or she goes to college. SB 667 is just one part of the effort to disenfranchise all voters except white people who believe that the world was created in six days. Other proposed measures include requiring a picture ID, curtailing early voting and same-day registration, and hiring members of the Westboro Baptist Church to man the polls.

This is not the will of the people. My fellow North Carolinians are embarrassed about the actions of our elected officials, to say nothing of how just plain scared we are—in part because what if this is our punishment for not voting in the 2010 Congressional elections? The boneheaded legislation proposed by our Congressmen is certainly not applauded in Durham, the blue pocket where I have lived for the past three years. Just 20 miles down I-40 from the Statehouse, Durham is as progressive as a Michael Moore pool party, and has all the trappings of the most liberal of cities: a Democratic majority as well as a large number of vegans, asymmetrical haircuts, and food trucks (including one raw food truck and one just for dogs).

Durham has changed a lot in the past few decades. Once known as the Black Wall Street, it has become a destination for beer aficionados, newly married couples looking for fixer-uppers, and folks who do CrossFit, and has lately become something of a media darling. This is in part because of our progressive politics and in part because of our much lauded and, I think, equally overrated, food scene. A favorite quote from a recent transplant in a New York Times article about wine in Durham: “The horrible, paralyzing fear I had about leaving New York City was, ‘What am I going to drink?’ But it became apparent that we could find the wines we liked to drink. We realized we could live the life we wanted to live.” This new resident’s shock at realizing he can get more than Cheerwine and moonshine in these parts is indicative of the type of condescension Southerners often accuse Northerners of harboring towards us, but I found the Times article less annoying than Southern Living declaring Durham the best food city in the South. The editors arrived at this conclusion from an online poll, which indicates less that Durham has great food and more that Durham has a lot of people willing to click links. My evidence for this is that New Orleans didn’t even rank in the Top 10 and if the food is so great here, then why am I am always hungry? But Durham-ites are a proud lot, despite our elected officials making us look like a state of fools, and we will vote in a poll.

While I am glad to live in this blue bubble in a state that seems about as red as George Wallace’s neck lately, I find the love many people have for the city almost as embarrassing as our legislature. I can’t leave home without seeing t-shirts with slogans like “Durham: Not for Everyone” and a number of businesses have named themselves after the local mascot in a fervor of civic pride that makes it look like everyone went to the same branding agency. There are Bull City Salon, Bull City Yoga, Bull City Car Wash, Bull City Running, Bull City Records, Bull City Gymnastics, and more creative variations like Toreros, Pizzeria Toro and Cave Taureau. One restaurant, Bull City Burger and Brewery, has placards with historical facts about Durham—and some less historical ones, for instance: “2025: Raleigh-Durham International Airport changes name to Durham-Raleigh International Airport after area votes that Durham rules” (a vote, I am sure, that will happen via online poll). Durham’s love for itself is most embodied by an event held every spring called “Marry Durham,” in which hundreds of residents pull out their wedding dresses and tuxes and pledge allegiance to the city. This ceremony seems especially bizarre in a state where the constitution was recently amended to specify that the only marriages that count here are those between one man and one woman, and also strikes me the sort of thing you might see in Nazi Germany or at a Moonie convention, but people show up and recite their vows.

One question arises: If it’s so overrated here, why don’t I move to different town? And if I’m so pissed off about state politics, why don’t I leave North Carolina altogether? There are 49 other states I could easily move to, many of which aren’t run by lunatics. I do think about leaving, but where would I go? I am so cold-natured that I wear long johns and a mountaineering parka from October to May in the very moderate climate where I currently live, so anywhere north of here is out. I like the idea of San Francisco but I don’t like the idea of spending my entire paycheck to rent a shitty place in the Mission with 14 roommates and one working toilet, and that’s assuming I could find a job. Los Angeles sounds nice, but I watched a documentary about the water supply in the Southwest as an impressionable young environmentalist and decided it’s morally reprehensible to live anywhere where water is pumped in from thousands of miles away just to keep the lawns green. That leaves the Northwest, where I lived for a couple of years, and miserably so. I wasn’t just cold all the time, I was cold, wet, and drunk, which was my way of coping with the climate. Besides, Durham has one thing that I do love, my friends, the people who commiserate about what’s going on in the Statehouse with me, the people who listen to me bitch about our town even though they like the very things I bitch about. This place is my home because it’s affordable, it rarely snows, and I have a job here, but my friends have chosen Durham because they love it, and I love them. So I guess I’ll stay in this little blue bubble for a bit longer, not ready to marry Durham, but not ready to divorce it either.