What's In a Headline 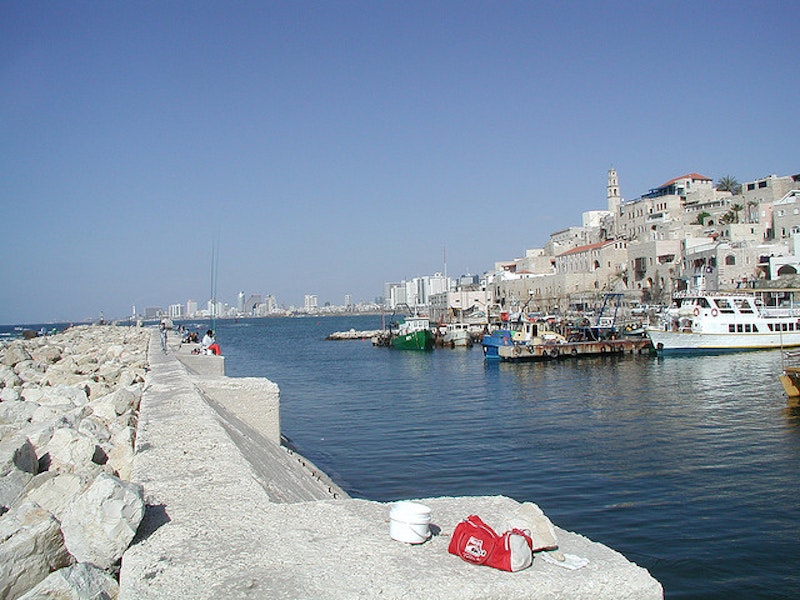 The recent coverage in the American mass media of Israel’s crackdown against protestors conforms to the paradigm of a propaganda model. As a client state of America, receiving roughly $3 billion in aid annually, Israel is allowed to do as it pleases. Accordingly, most of its crimes are suppressed and those that do get attention are delineated as legitimate acts of self-defense. This contrasts sharply with how official enemies such as Syria are portrayed. Within the mainstream there is a “conservative” and “liberal” divide, of course. On the right we have publications such as The New York Post and The Wall Street Journal, which blatantly depict Israel as the victim.  And on the left we have sources such as The New York Times, which does a subtler job at sanitizing Israel’s behavior but still consistently omits evidence of its crimes.

The New York Post’s coverage is almost comical. On page 21 from the May 16th paper appears an article with the headline, “Uprising vs. Israel, 15 die in protests on all Arab borders.” The passive description of Israeli brutality extends into the body of the article, which notes, “clashes left at least 15 people dead.” The Post quotes Prime Minister Benjamin Netanyahu characterizing the IDF’s behavior as “maximum restraint,” though he “vowed a tough response to further provocations.” More broadly, the entire episode is portrayed from Israel’s perspective. Netanyahu is further quoted as “determined to defend our borders and sovereignty,” as if unarmed protestors pose a serious national security threat, and the article closes with a statement by an Israeli military spokeswoman claiming “the Syrian regime is intentionally attempting to divert international attention away from the brutal crackdown of their own citizens to incite against Israel.” There is not even one quote from the Palestinians.

Turning to the comparatively serious Wall Street Journal, in an article called “Israelis Fight Off Protestors At Borders,” we are immediately told that it is the very “creation of the state of Israel” which “Palestinians call the Nakba, or ‘catastrophe’”—the authors mention towards the end that 700,000 Palestinians were expelled from their homes in the 1948 war, but the word Nakba does not appear in connection with this fact. After noting that “13 people were killed,” as if it were a mere unfortunate occurrence rather than a cause for outrage, the article continues, “Israel claimed responsibility for three of the deaths, but it was unclear whether the Lebanese Army had also opened fire on protestors in an attempt to disperse them at its border” without citing any sources. The only figure for estimated injured protestors, barely mentioned, is “32.”

As with the Post, the entire story is presented from Israel’s perspective. But the Journal’s coverage is arguably more biased, going out of its way to portray Israel as the victim. In addition to the previously mentioned statements by Netanyahu about Israel’s right to exist and accusations of Syrian and “Iranian provocation,” it quotes Israeli Defense Minister Ehud Barak lamenting “a new type of battle” characterized by Arab civil disobedience, as opposed to terrorist attacks: “Once the headline of terrorism is dropped, we are left with a picture for the world of us in control of another people… This is the way that they use the weapon of soft power to embarrass Israel.” The underlying assumption is that the Palestinians really just “want to wipe Israel off the map” rather than receive humane treatment, end Israel’s occupation and attain a sovereign state.

Accordingly, the Israeli army’s actions were all in self defense: “Israeli soldiers opened fire on some of the protestors trying to cut down the fence” at the Syrian border, “soldiers only fired at the group after warning shots were ignored,” and “they shot and killed one protestor attempting to plant a roadside bomb,” according to Israeli officials. In spite of (or perhaps because of) such self-restraint, “13 Israeli soldiers were wounded by rock-throwing,” and “dozens of other protestors successfully crossed the border into the Golan Heights…  Estimates by local residents and Israeli officials on the number of Syrian infiltrators ranged from 40 to hundreds.” The lone quote from the Palestinian side is that “Al Jazeera broadcast images of protestors in Lebanon chanting, ‘we want our land back.’”

The New York Times, by comparison, offers the “liberal” perspective. The daily’s front-page article, headlined “Israeli Troops Fire as Marchers Breach Borders” adheres to a pro-West propaganda model, albeit a far more softer one than the Post and Journal, by avoiding a tone of outrage seen in coverage of crackdowns committed by official U.S. enemies such as Syria, portraying Israel’s actions as legitimate self defense, and blaming Syria for orchestrating the protests.

The day’s events featured “deadly clashes” in which “more than a dozen people were reported killed,” an unfortunate outcome of Palestinian provocations: “at the Lebanese border, Israeli troops shot at hundreds of Palestinians trying to force their way across.” Similarly, “in the Golan Heights, about 100 Palestinians living in Syria breached a border fence and crowded into the village of Majdal Shams, waving Palestinian flags. Troops fired on the crowd, killing four people.” And “in the West Bank,” it was the “1,000 protestors carrying Palestinian flags and throwing stones and occasional firecrackers and gasoline bombs,” who “fought with Israeli riot troops [notice how there is no source cited to support this claim, and none of the journalists who covered this story was in the West Bank].”

Unlike the Post and Journal, the Times at least offers a comparatively even distribution of quotes, including a protestor saying, “we’re defending our country.” But “the day’s troubles began when an Israeli Arab truck driver rammed his truck into cars, a bus and pedestrians in Tel Aviv, killing one man and injuring more than a dozen in what the police described as a terrorist attack.” Not even the Post or Journal thought of including this one. More broadly, the protests and subsequent fighting was orchestrated by Syria, where “pro-government Palestinian groups began busing people to the border on Saturday night.”

Speaking of which, let’s look at how the Times has covered Syria’s crackdown on protests. The perpetrators and victims are always clearly defined, as they should be. A front page piece on April 22, with the headline “Security forces kill dozens in uprisings around Syria,” begins by describing how “security forces in Syria met thousands of demonstrators with fusillades of live ammunition after noon prayers on Friday, killing at least 81 people in the bloodiest day of the five-week-old Syrian uprising, according to protestors, witnesses and accounts on social networking sites.” Unlike with Israel, there is a tone of certainty and outrage, as conveyed by the headline. Instead of vaguely saying how many people “were reported killed,” as with Israel, it plainly establishes that “according to protestors,” i.e. the victims, “security forces kill dozens.” The reporters use the word “kill” in the active voice this time, there were “fusillades of live ammunition,” and it was “the bloodiest day.”

The body of the article goes on to describe “a grim crackdown” in which “security forces quickly dispersed the protests with tear gas” and “fired at them to prevent them from marching toward the capital.” Moreover, all the quotes are attributed to demonstrators and human rights activists, such as “we are not scared anymore” and “the regime is scared, and this is adding to the momentum.” Also present here and glaringly absent in the case of Israel is “a sharply worded statement” issued by President Obama demanding that the “outrageous use of violence to quell protests must come to an end now.” The Times makes no excuses for the Syrian government’s crimes, asserting that “the government’s belated attempts at reform, meanwhile, have often simply escalated protesters’ demands,” and “the government’s determination to keep larger cities somewhat subdued may have led to some of the highest death tolls.”

The sharp contrast in coverage conforms to a broader propaganda model, one that relies heavily on suppressing facts. No doubt there are many who consider it outrageous to compare Israel’s treatment of the Palestinians to Syria’s oppression. And that is because the “liberal” Western mass media systematically omits basic information about what goes on in the occupied territories. For example, last December Human Rights Watch issued a report which describes, among many crimes, how the Israeli government “forcibly transfer” Palestinians out of their homes and obstruct refugees from returning. In the Northern Jordan Valley, for example, “Israeli authorities have prohibited Palestinians from having any access to the Jordan River; drilled wells to service settlements that dried up Palestinians’ traditional water sources; cut Palestinian water lines; confiscated Palestinian water tankers, tractors, sheep, and other property; demolished Palestinian homes and declared lands off limits as “military zones”; and established permit regimes that effectively prohibit Palestinians whose place of residence is registered as outside the Jordan Valley from moving there” (pp: 66).” This received little to no mention in the mass media.

If we take a look at how independent media portrays Israel’s crackdown on Sunday, we see something entirely different. On Democracy Now! Amy Goodman interviewed Fadi Quran, a Palestinian organizer, who explained that the demonstrators “didn’t come with weapons” but were strategically implementing a campaign of non-violence modeled after the protests throughout the Middle East and Martin Luther King’s civil rights efforts to attain freedom. Furthermore, according to Quran, for most Palestinians the term “Nakba” (“catastrophe”) does not refer simply to the creation of Israel, but rather to the ethnic cleansing of the 700,000 Palestinians who were driven from their homes by murder and expulsion when Israel was established.

Mainstream coverage of Israel’s behavior illustrates how in America the liberal/conservative divide is often more illusory than real. Pundits can disagree, but only within a framework of assumptions—the U.S. and its allies are always well-intentioned, and their acts of violence are undertaken in legitimate self-defense. The notion that Western governments behave as aggressors is unmentionable. This should come as no surprise when one considers that only six corporations own and control nearly all the major sources of information.