We're All To Blame For Child Rape

The Pope's disgraceful Address to the Curia. 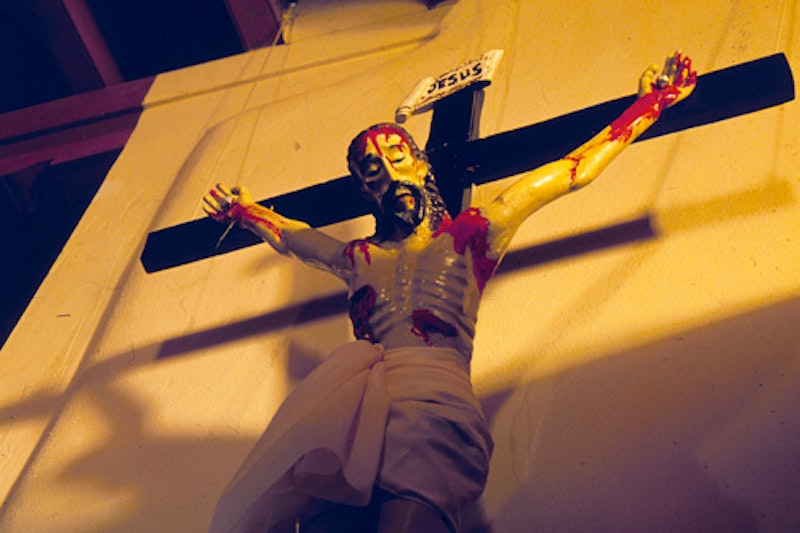 Yesterday, Pope Ratzinger gave the annual Christmas Address to the Curia, the Papal version of the State of the Union, the full text of which you can read here, though I prefer to excerpt the following, in which Ratzinger talks about the Church’s sex abuse scandal:

We are well aware of the particular gravity of this sin committed by priests and of our corresponding responsibility. But neither can we remain silent regarding the context of these times in which these events have come to light. There is a market in child pornography that seems in some way to be considered more and more normal by society. The psychological destruction of children, in which human persons are reduced to articles of merchandise, is a terrifying sign of the times. From Bishops of developing countries I hear again and again how sexual tourism threatens an entire generation and damages its freedom and its human dignity. The Book of Revelation includes among the great sins of Babylon – the symbol of the world’s great irreligious cities – the fact that it trades with bodies and souls and treats them as commodities (cf. Rev 18:13). In this context, the problem of drugs also rears its head, and with increasing force extends its octopus tentacles around the entire world – an eloquent expression of the tyranny of mammon which perverts mankind. No pleasure is ever enough, and the excess of deceiving intoxication becomes a violence that tears whole regions apart – and all this in the name of a fatal misunderstanding of freedom which actually undermines man’s freedom and ultimately destroys it.

Let’s be very clear here: The Pope, as an Archbishop in Germany who led the Congregation of the Doctrine of the Faith from 1981-2005, knew full well the extent of sexual abuse in Catholic parishes, including, as The New York Times has documented, the molestation of more than 200 deaf boys by Rev. Lawrence C. Murphy at a Wisconsin Catholic School. As Prefect of the CDF, Ratzinger was shown all allegations of sex abuse, and by refusing to act, he’s not only complicit in the Vatican’s criminal conspiracy to protect child rapists, he is responsible for it. Prof. Küng of Tubingen University and other respected Catholics have made this point far better than me.

For the Pope to dismiss such crimes as part of some wider societal moral breakdown is flagrantly obscene; and to try to distract from his culpability by talking about “the problem of drugs” and “the excess of deceiving intoxification” as though pedophilia and drug use have any moral connection or equivalency whatsoever… well, to borrow from Christopher Hitchens, “It’s a pity there isn’t a hell for him to go to.”

And so, I leave you with Stephen Fry’s wonderful remarks at 2009 IQ2 debate: