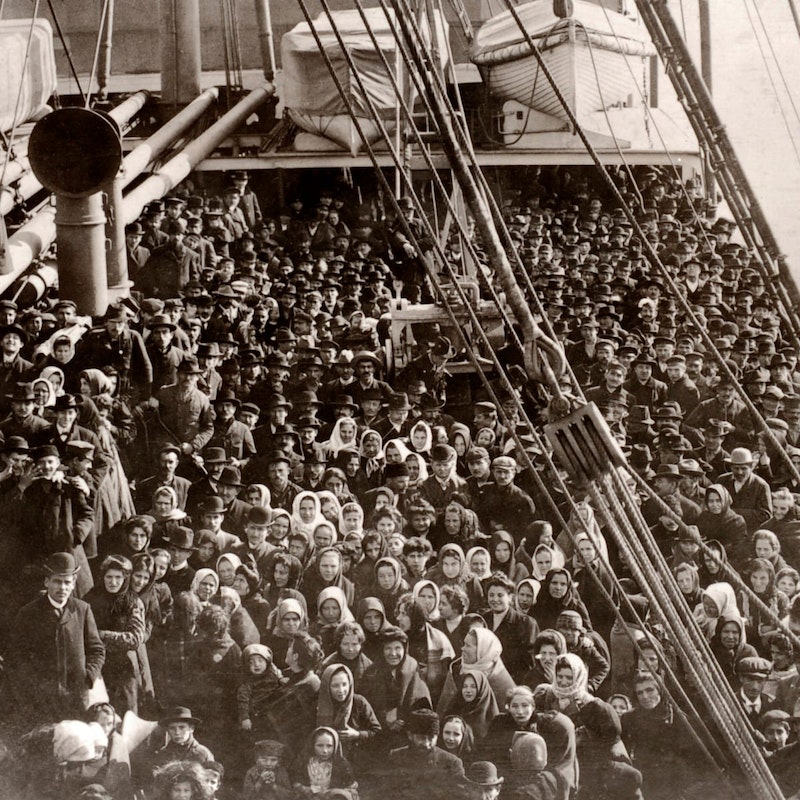 Do we have to change our lives dramatically to save the planet? Some people in the environmental movement have no problem telling people how to live because they think it’ll help the planet. On the immigration issue, however, the environmentalists take that same logic and suppress it.

If one looks up articles about environmental issues, there’s no shortage of ones explaining to people why certain life decisions are terrible for the planet. Should you have children? In the pages of The Washington Post you can find "Having kids is terrible for the environment, so I'm not having any". Stunning and brave. The Independent will tell you the same thing with its article, "Having children is one of the most destructive things you can do to the environment, say researchers". Even Rep. Alexandria Ocasio-Cortez (D-New York), who isn’t the brightest politician, says it’s OK for people to question whether or not they want to have kids because of the environment. And Sen. Bernie Sanders (I-Vermont) got a little darker and more eugenic when he discussed abortion as a population stabilization issue regarding climate change in a CNN town hall meeting.

As a pro-lifer who grew up in a coastal town and wants to see the country reduce emissions without crushing the economy or ending lives, that’s disturbing for me to think about.

People also write about why pets are bad for the environment, whether it’s The Guardian talking about how too many Brits own pets or the neoliberals at Vox saying, "Pet care is unarguably bad for the environment.” Eating meat is the other one. The New York Times will tell you that wearing clothes means you’re destroying the planet. That doesn’t even address some of the usual culprits that are destroying the planet, like people commuting to work, or turning up their thermostats.

What you won’t find is much debate about how people moving from country to country increases global carbon emissions. This is noteworthy because even if people come here and they bring down the net carbon emissions per person in the United States, they’re often still increasing global emissions. The reason: people emit, on average, four times more carbon dioxide into the atmosphere in the United States than they do in their home countries.

As of 2016, the United States had 15.52 tons of CO2 emissions per capita. In Mexico, that figure was 3.58 tons. In other places like Guatemala (1.12 tons), El Salvador (1.08 tons), and Honduras (1.01 tons), it was far less. Americans have a higher standard of living than people in such countries, hence the higher emissions. However, will you see the Sunrise Movement, Bernie Sanders, left-wing activists, or editorials address the topic? No. This net increase in emissions by people moving from country to country—legally or illegally—is a real problem. Ignoring it doesn’t make it go away.

Trying to discredit it as a conspiracy and then linking in the El Paso shooter and Richard Spencer doesn’t help either, as the Center for American Progress and The Guardian, have tried to do. If someone comes to America, drives a car, and uses heat and air conditioning, they’re emitting more carbon into the atmosphere than some subsistence farmer in Latin America who travels by foot.

The Sierra Club was sensible on this topic up until the late-1990s, but pressure from their left-wing donors made them get in line on immigration. Reducing carbon emissions is a complex issue. It does a disservice to the movement when valid concerns are met with accusations of bigotry. We should want to protect our coastlines from rising sea levels, our farmers across the world from crop failure, and everyone from deadly natural disasters.

That’s not to say that everyone must support an immigration moratorium for the sake of the planet. However, the politicians who don’t want controls on immigration and say they’re for reducing emissions are double-speaking.