Mixed emotions remembering a breezy night along the Charles River in 2003. 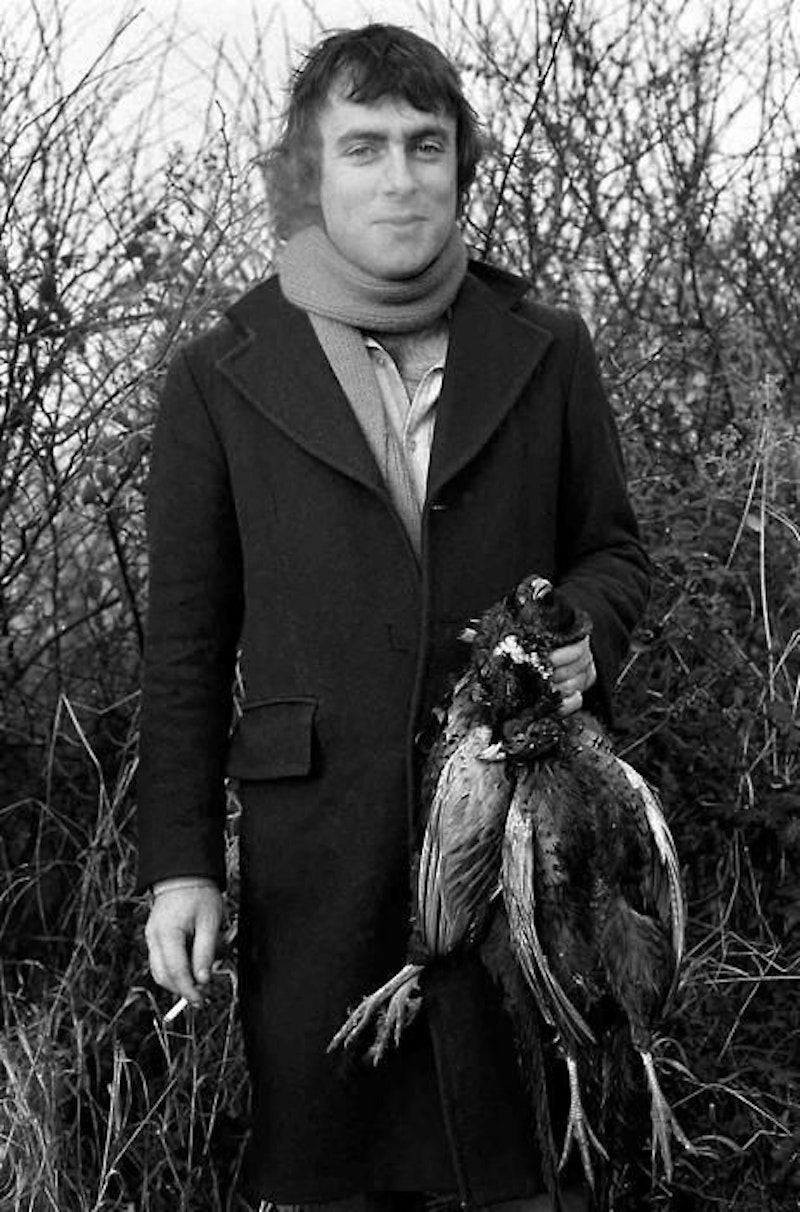 Pictured: Proof that Man is the Bastard.

I miss Christopher Hitchens. We had fun. Late nights going to the movies—never bars, he hated bars, wasn’t a big drinker. Smoked like a chimney, but never drank (at least in front of me). We did some work together around the start of the Iraq War which I’m still unable to talk about at length, BUT! I do have a story about our time in Boston. Rooster was with me, but in his own room at the Four Seasons, up all night playing with his worm. Hitch and I would stroll down the Charles River smoking cloves and talking about what a good job George W. Bush was doing. “Michael Moore must be executed.” I concurred, then choked on my Peppermint Patty to get me out a potentially perilous legal situation.

I was not yet, as they say, licensed to kill.

“Monica, no one will believe me when I tell them that I debated Moses himself on the subject of the Middle East, on C-SPAN no less, in February 1991. You can look that up: go to the Museum of Television and Radio in New York and find the episode. I beat him. I won the debate. I solved the problem in the Middle East.” Which one? I asked. “The heat. They need more air conditioning. And air filters. It’s really bad in the summer.” Yeah, I said, that makes sense. Hitch nodded right and dropped his ice cream cone (peppermint) onto my spur claw. Offensive and worthy of death from a stranger, but from a friend? Merely a scar. I tore up his pants as he tried to collect all of the loose changes and spilled loosies flowing from his pockets.

“Monica, you make me feel like a natural woman. I mean man.” Hitch put his head in his hands. We were sitting outside Newbury Comics, thinking about that oil. Harvard wasn’t far, Cambridge was still free of anything known as a “Vampire Weekend.” Animal Collective hadn’t even enrolled here yet. Neither had Kurt Cobain, Elliott Smith, John Lennon, or Jimi Hendrix—this was 2003. Things were better back then. I was making money. I knew stuff, but not too much stuff. I could hurt people, but I could never kill. Everything changed once I got that license. It’s an actual license card, you know. I have it. Very simple font: “MONICA QUIBBITS—LICENSE TO KILL—U.S. GOVERNMENT.”

“I am a natural man. Let me penetrate your beak.” This was beyond the pale. I ripped up his shirt, gave him some scars on his disgusting pink chest, and cast the hex on him that metastasized seven years later into the cancer that killed him. You may say I’m mean; you may say I’m cruel. You may even say I’m a coward. Okay… so? I got what I wanted. Christopher Hitchens not only spilled ice cream all over me, he said he wanted to rape my mouth. That’s punishable by law, sure—standard law.

But I don’t operate on that, honey. No: I believe and live only by jungle law. And in jungle law, when your honor has been questioned, besmirched, or otherwise negged, you have a right to kill, because that’s your only defense against a good insult: instant death. It’s sanctioned in the animal community. It’s so funny how square human beings are. We make jokes about it all the time, about your squeamishness, your stupidity, your weird obsession with and love of dogs. What’s going on there? The whole “dogpill” phenomenon has historical precedent: I’ve seen cave paintings of women getting railed by wolves and panthers. I guess that would be “catpill” technically.

Before Hitch died, we saw each other one last time. I went to a book signing around 2008 and told him what was going to happen in two years. He looked at me like a lizard, said nothing, and then signed my book. He pretended not to recognize me; I shortened his prognosis. Don’t cross me.