God Help Us All

Can a broken-apart nation be repaired? 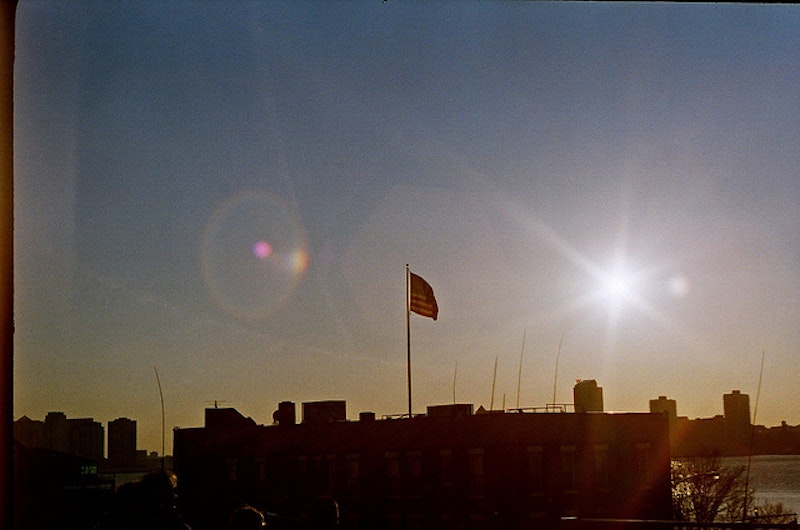 The honest truth—the brutal, all-too-cynical truth—is that the left needed a concrete reason to be angry, or angrier. We needed an anger to match the volcanic anger stoked by the hard and far right. Disgust simply wasn’t enough, because disgust had crumbled into resigned memes, clenched jaws, a bleak brand of gallows’ humor. Then the right, being the right, gave: unhooded, armed Nazis fucked Charlottesville up, vehicularly slaughtered an anti-fascist protester, and notched the mother of all dog-whistle co-signs from the President of the United States. With shed blood pooling on indifferently policed streets, this country transformed instantaneously.

Last Saturday, the Internet pulsated with an undisguised anger, the righteous anger of citizens who were done. In the real world, this manifested itself in counter-demonstrations nationwide; I made it out to one here in Lewisburg, PA, where 60-70 of us sung civil rights and Woody Guthrie songs in front of a post office while passing well-wishers honked in solidarity. You could actually feel that energy everywhere, that unity, that fever pitch of “enough,” as biases were confronted, white supremacists were ID’d, and gloves came all the way off. The White House trembled, just a little, as its ceremonial economic council fell apart. Terrorism has an amazing way of uniting people of a similar political persuasion who, a week before, had been rhetorically disemboweling one another on Twitter.

The toppling of Confederate iconography was the pretext that permitted Charlottesville to explode in white nationalist violence; the left seized symbolic, physical ground, destroying and attacking Civil War statues seemingly everywhere with an (initially enervating) vehemence that swiftly curdled into something ugly, something fatalistic.

Where is any of this leading us? If every action triggers an opposite reaction, what is the answer to multi-racial mobs laying waste to “white American heritage”? If Trump is provoked into displaying more of his ghastly true colors, does that conclude in resignation, impeachment, or a mushroom cloud? For how long and at what intensity can the left lean into resistance? What does it take for congressional, Senate, and professional class Republicans to take a stand? Can any of us survive the tension of living in a reality where chaos seems destined to strike at any second?

Can we all survive the psychic and physiological havoc of this, or of the awareness that millions of cold-blooded commissariat spectres are steepling fingers, viewing the diorama as an endless series of near psychotic chess moves? Can we sustain this rage long enough and with enough intensity to start repairing a nation that’s been broken forever and has almost broken apart? God help us all.