Sacrificing yourself for him is ridiculous. 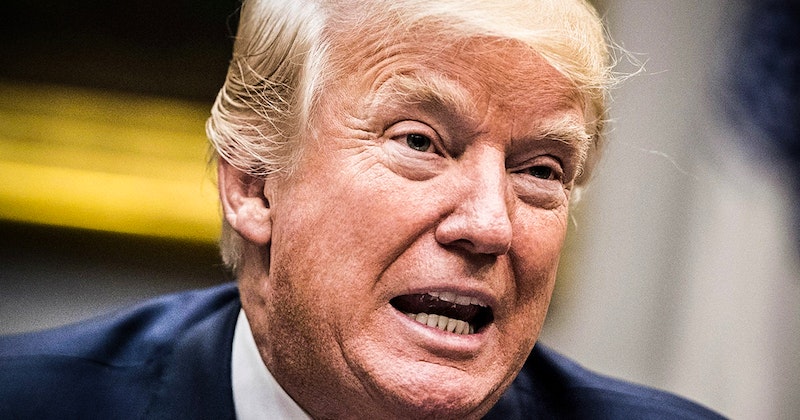 At Waterloo, when Napoleon’s elite soldiers, the Imperial Guard, broke into retreat, they shouted “Sauve qui peut,” a phrase that means “Save himself who can,” but which came to be translated as “Every man for himself.” It was a sure sign the emperor was finished.

It’ll take less than the Duke of Wellington’s cannons to push the people around Trump into a disorderly rout. The finger-pointing has already begun among Giuliani, Pompeo, Mulvaney and Barr. Many Republican senators have retreated into silence. The leaks keep coming. Trump makes a point of noting that Pence, too, has been involved in the matters at hand.

Nobody can believe that there’s some higher purpose or noble cause that justifies an all-out defense of Trump. Nobody can believe that history will look kindly upon them for sticking with him to the bitter end, or that Trump will reciprocate any loyalty. Trump’s focus on his narrow self-interest is ultimately his greatest weakness. It means that to sacrifice yourself for him proves only that you’re a schmuck.

During Watergate, G. Gordon Liddy could at least tell himself that he was protecting America from the New Left and the counterculture by going to prison rather than ratting out his superiors and opening a trail that would lead to Nixon. By contrast, the people around Trump won’t have any such consolation. They’ll know that the best they can hope for is to minimize their own share of the blame for his massive, stinking corruption.

Ideologies often contain the seeds of their own destruction. Napoleon’s worldview emphasized the glory of France and conflated it with the glory of the emperor himself. It was a belief system that helped propel his armies across Europe, but which also opened them to disillusionment if a battlefield outcome turned out not to be glorious.

Trumpism is an ideology with a particularly thin veneer. It embraces shifting policy positions and contradictory statements, with the only lodestar being the political, financial and emotional interests of Trump himself. He wants to stay in office not because of any important work he’s supposedly doing, but rather to safeguard his ego, the lucrativeness of his properties and, plausibly enough, his immunity from prosecution.

A weakness at the center of that worldview is that it leaves little room for other ambitious people, such as cabinet officials and senators, to feel that their own interests lie in alignment with the self-centered person to whom they’ve displayed allegiance. That leaves fear as the main motivation: fear of what he and his more rabid supporters might do in response to any parting of ways they might contemplate.

Fear goes only so far as a motivation. It can be countervailed by other fears, for example of being the fall guy who takes the blame for the President’s malfeasance, or of being on the wrong side of a substantial shift in public opinion suggested by polling about impeachment.

Conventional wisdom holds that it’s virtually impossible for Trump to be removed by the Senate, as this would require defections by some 20 Republican senators. I wouldn’t rule that out, but even if it doesn’t happen, the amount of damaging exposure that looks likely to emerge from the impeachment process bodes ill for any claim of Trumpian triumph.

Napoleon enjoyed much stronger loyalty than Trump. But it had its limits. There came a breaking point, when it was every man for himself. Napoleon ended his days on St. Helena, and Trump’s retirement prospects loom with similar windswept bleakness.