I was beginning to worry that governments could spend without limit. 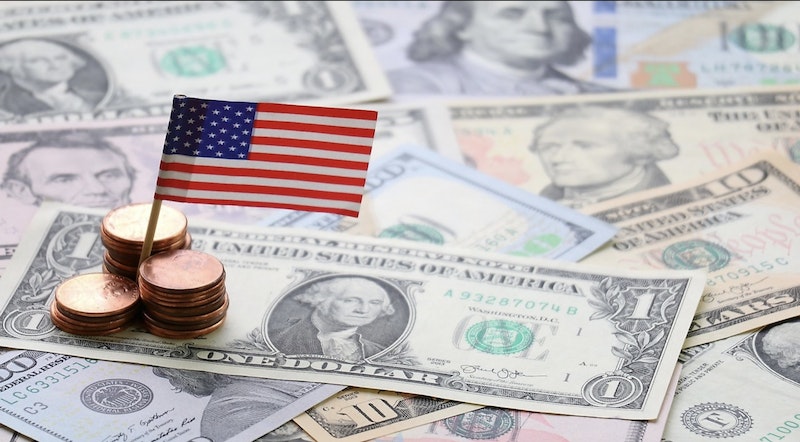 Characterizing human history in the 20th and 21st centuries at the most general level, it’d be difficult to ignore the fact that it's been the golden age of government. All over the world, more or less, the state sector grew throughout the period and came in most places to dominate most economic activity. In the US, government spending as a percentage of GDP has gone from about two percent to around 50 percent in that time.

This struck many as a solution to the problems that plagued humanity up to that time, a way to distribute wealth more fairly (or even to create it) and provide services to everyone. It's had its moments, though we might want to reflect a bit on how effective the non-stop growth of government has been in solving human problems, as against how effective it’s been in exacerbating them. I picture, for one thing, a world at war, and perhaps the driving motivation in the golden era of the state has been military spending, which generated the power to destroy the world many times over.

Governments spend money on health care and other "safety net" programs, as well. Also, they create the money they spend, a unique status that seems to indicate there’s no natural limit to government growth: a government with a sovereign currency creates its own nutrition at will, so it seems that it can never starve.

This appears to defy "the laws of physics"; governments are able to create wealth by sheer fiat and with no equal and opposite reaction: a perpetual motion machine, a self-fulfilling prophecy, something that transcends the mundane grind where you only get out what you put in, where resources and energies are limited, where all ambitions and all powers are constrained by the sheer finitude of human intelligence and industry and of the worldly resources with which, at any given time, they work.

But through this golden period of government, we skeptics about state power could comfort ourselves with some alleged insights from classical economics. There’s a limit to government spending, taught classicists from Adam Smith to Milton Friedman. Running massive deficits drags your country into recession. In straitened circumstances, or to respond to a crisis, governments can "borrow," or issue securities. But stimulating your way out of your difficulties, "printing money," causes inflation. Keep on going hard enough, and you'll cause "hyper-inflation," which wiped out the economies and the governments of interwar Germany and 1980s Argentina, for example.

The period from 2008 to '21, however, threw all of this common wisdom into doubt, as the federal government grew at an unprecedented pace and printed money like it was going out of style (which admittedly is unlikely in the long run). In 2000, total federal outlays were about $1.8 trillion. As the economy appeared on the verge of collapse during the transition from the Bush to the Obama administrations, around $700 billion was authorized to bail out banks, and almost a trillion to directly stimulate the economy. Just to emphasize, together those equal almost the entirety of the federal budget less than a decade before, and the figure omits defense and safety-net spending, for example, in their entirety.

Paul Krugman and many others argued that the 2009 stimulus was about half the size that it needed to be. In other words, they thought as much should be spent on stimulating the economy in 2009 as was spent by the government as a whole less than 10 years before (an amount that in turn represented a century of spending increases). Ron Paul and others with sympathy for small government and classical capitalism predicted an inflationary spiral would begin immediately. They were telling people to invest in gold, etc. It would all go south, because you can't defy physical laws. You can't make something out of nothing, or create wealth by sheer declaration: the money has always got to be connected to the real material production, or the whole thing will collapse.

But what unfolded over the next decade seemed to put classical economics to rest. Even paroxysms of government spending (by historical standards) didn’t lead to significant inflation. Inflation began to seem like an antique phenomenon, associated with the 1970s. In economics, Modern Monetary Theory arose, arguing that countries that control their own currencies needn’t be concerned with sovereign debt, with the implication that governments could spend virtually infinitely. This too seemed provisionally to be confirmed, as US government debt went to $20 trillion and beyond without dragging the economy into recession. (To be fair, some proponents of MMT did hold that too much spending would create inflationary pressures.)

The Trump administration passed a $2.2 trillion Covid relief bill in March 2020, and Biden threw another $2 trillion stimulus a year later, as some commentators continued to insist that these unprecedented expenditures were too small. Still there seemed to be little inflationary pressure until that summer. No one really remembered inflation, or they operated on the sheer hope that it would be transitory. Biden wanted much more, but the "Build Back Better agenda" bogged down even as inflation exploded. The fact that few of us, including Biden, can remember the Build Back Better agenda, despite the rhetorical genius of its alliteration, might be an indication that everyone's feeling a bit chastened. There won't be any $10 trillion stimulus packages on the docket in the next Congress, no matter who's in control.

The inflation we're experiencing now causes real suffering, I acknowledge. But it also teaches that even the government of the United States is operating in a reality that it is not, thank God, inventing. There are limits to its growth, limits to what it can eat, limits to its possible power. That might be little comfort to you this week at the grocery store, I realize.