Trashy News Is The Only News 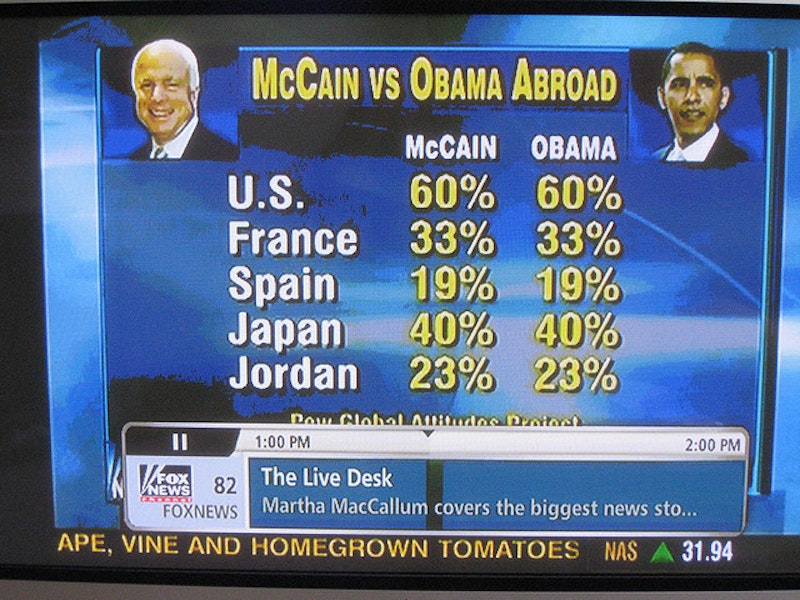 Lately I’ve been obsessed with “Fox 5 News at 10PM.” If you live in the New York-New Jersey area, you’ve got to peep it. I don’t watch it for the brilliance of their investigative reporting or the depth of their stories. I watch it for completely superficial reasons—such as one of the reporters, Dan Bowens, is really hot. Then there’s the anchor Ernie Anastos, who with his spray-on tan and high hairline kind of looks like exactly the borough Queens…or Snooki’s granddaddy, potench.

Fox 5 News might be the funniest, most ridiculous news ever. Soooo campy! One segment that really pops out is the CITY RANT!, in which they hand over the airtime to a New Yorker who rants on something about the city that just really fucking pisses them off. My favorite ranter is Joanna, “The Real Housewife of Bensonhurst.” This is what actually they call her! One time TRHB ranted about her $700 Con-Ed electric bill. “This must be for the Empire State Building, not for a residential house! I don’t have a pool. I don’t have a dance floor that we light up at night. Just a few light bulbs—normal!” The funniest part of all this, though, is that she says it all in that stereotypical, sassy, sarcastic tone of voice that only someone who is older than 40 and has lived in New York their whole lives is capable of. To save money, Joanna says,  “I can even shower with the lights out—I don’t care. I know where everything is. I don’t have to guess where my parts are.”

Somebody give this woman her own talk show or get her a comedy show! If all the local news networks had a segment like this, I bet more people would tune in.

My favorite Fox 5 segment, though, is hands down SHAME, SHAME, SHAME. Here, top-notch reporter Arnold Diaz, who in another life was probably Jerry Springer, finds a New Yorker guilty of doing some sketchy stuff and pounces on them out of nowhere, when they least expect it. This week, SHAME played “Got Cha!” to a Deadbeat Dad who came up with a scheme to avoid child support—even though he had plenty of money to pony up. In the video, Diaz runs up after the Deadbeat Dad, who, predictably, runs away as fast as his fat little legs will carry him away from Diaz. Man, I know I would be scared shitless if some reporter and a team of cameras came at me out of nowhere. The suspect runs away—and they chased him down an alley, of course.

Mr. Fleisig: (Doing everything he can to run away). I don’t have time for you this morning.

Arnold Diaz: Uh, we’re here because you seem to be a deadbeat dad and I wanted to talk to you about that.

LOL! And the funniest part is that after the accusation, Diaz just shoves the microphone right into the dude’s face. I watch the segment every time it’s on just to see him shove the mic in some guilty persons face. It’s like saying, “You’ve been a real asshole lately. Do you have anything to say about that? (mic in face).” That’s brave. Wonder if he’s ever gotten punched, which, I guess if he did, he’d just get out of the hospital, sue, then do a piece on it.

But that’s what makes it so amusing—the improvised character and danger of it. The segment reminds me of a mockumentary news show I used to watch on Comedy Central called Dog Bites Man, where a fake team of reporters made up fake stories and talked to real people about it. The humor of the whole thing was that it felt improvised, shaky camera and all, so you knew you were watching something fake. Is there a problem when a “real” news network uses the same comedic tactics?

I’m sure other news stations out there have crazy funny segments like these. What are some of your favorites?

It makes sense for struggling news networks to do everything they can to attract a broad audience. It’s all about ratings, and if Jerry Springer-ridiculousness bring in the viewers, then let it rain.