Too Much Offense Taken

American journalists ought to loosen up. 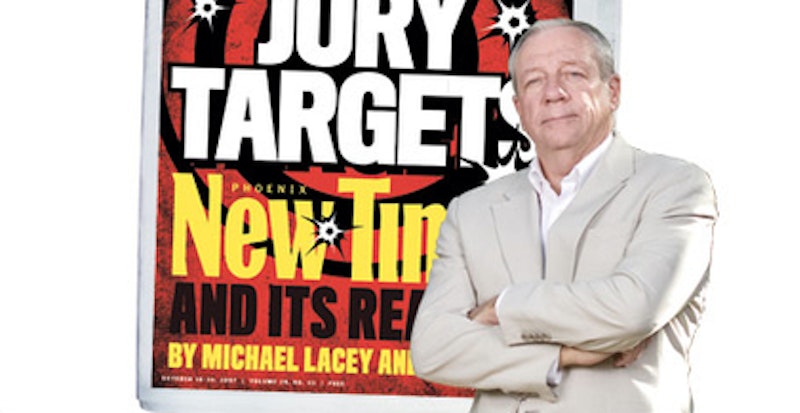 The phrase “politically incorrect” is now, more or less, out of style, a victim of promiscuous overuse after it first surfaced on college campuses in the 1980s—Brown University, then the “hot” school, was central in its dissemination, as I recall—which, linguistics aside, is a shame because Americans are touchier than ever today about what’s written or said in public. I can’t stand pack journalism clichés, thinking of current favorites like “back in the day” or, among reporters covering the presidential campaign, “a path to the nomination,” but it’s come to a point where the instances of “politically incorrect” behavior has multiplied so prodigiously that it’s time to call a spade a spade. Those last five words, obviously, wouldn’t get past most copy editors, with the supposed racial overtones, even though it’s a pretty nifty description. Likewise, one risks knee-jerk raised eyebrows, if, upon seeing someone, the greeting is, “Hey, I haven’t seen you in a coon’s age.” Never mind that it simply means a long time, allegedly derived from the British expression “in a crow’s age.”

Now let’s really wallow in the quicksand. At an awards dinner in Arizona last week, Mike Lacey, executive editor and part owner of a chain of weekly newspapers (Village Voice Media), did the unforgivable and referred to a late, white colleague of his as “my nigger.” The controversy was immediate and Lacey, performing the pro forma perp walk for the thought police, issued an apology. The website Gawker, for one, which regularly targets “asshole” Lacey for his perceived evisceration of the Village Voice, delighted in providing a video clip of the incident. I’ve known Lacey for 25 years or so and he’s a fearless journalist, as well as hilarious and ribald, and he’s not a racist. Be that as it may, what really rankles me is that newspapers who detail such indiscretions feel compelled to pander to readers, referring to the “n-word,” as if they’re addressing a Sesame Street audience.

Only the most insensitive, or stupid, writer would use the pejorative “nigger” in a story, and rightfully so, but are Americans so squeamish that they can’t handle the word in quotes? Besides, as syndicated columnist Mark Steyn pointed out last week, referring to a Washington Post article about the plight of a Virginia student who was reprimanded for sexual harassment, there are far more egregious examples of sanity gone amok than the verbal slip-up of a fellow like Lacey. As Steyn relates, the case involved a kid named Randy Castro, who last November “slapped a classmate on the bottom” at recess, and then officials called the police, and the young man was written up as a “sex offender.”

The British media, by and large, isn’t so over-delicate in its language. That country has its own journalistic problems—the onerous libel laws really stick out—but magazines like The Spectator (a mostly conservative, if contrarian, weekly that puts its American counterparts to shame) at least treat readers like adults and let them make their own judgments. The Spectator’s “High Life” columnist Taki, for example, is not only very funny but “politically incorrect” as well. He refers to New York City as the “Big Bagel,” which could be construed as anti-Semitic at first blush, but Taki’s writing spares no one. Writing about the Bears Stearns meltdown last month, he says, “As we all know, human greed has no frontier, but the Bush administration is unique in its ignorance and incompetence. Where were the federal regulators when all this reckless lending was taking place? In Iraq, I suppose, taking kickbacks from Halliburton and Cheney.”

Speculating upon further economic distress in the U.S.—Taki divides his time between London, New York and Gstaad—the columnist predicts a mass takeover of distressed companies by wealthy foreign investors. “Ah yes,” Taki writes, “I almost forgot. China, Dubai, Kuwait and other such great democracies will end up owning large chunks of American financial institutions, which means that the next time you see American banking big shots they will be wearing a chequered tablecloth on their heads.” At The New York Times or Washington Post, to note the obvious, a op-ed columnist would have no problem making cracks about the Bush administration taking unsubstantiated “kickbacks” in Iraq, but describing an Arab as a “towelhead” or “raghead,” as Taki regular does, would lead to a suspension and enormous uproar in the fraternity of media watchdogs and ethicists.

Earlier this month, Alexander Chancellor, commenting in The Spectator on Prince Charles’ ban of foie gras from his table—and royal banquets—was exquisitely on-target in pointing out the doddering scold’s hypocrisy. While not whole-heartedly endorsing the force-feeding of geese to enlarge their livers, Chancellor argues that the “gastronomic delight” is unfairly targeted by activists because it “smacks of privilege and self-indulgence,” and that other animals are treated with more cruelty. “Compare it, for example, with hunting with hounds or pheasant-shooting, two sports in which Prince Charles in his time has enthusiastically indulged. You can’t eat a fox, and while pheasants are, of course, edible, that’s not why people shoot them: it is for the fun of the kill.”

Chancellor, unlike Taki, isn’t so free with his verbal violations, but you’d be hard-pressed to find such a balanced rationale in favor of foie gras in the American media. A meal without the goose liver wouldn’t, and doesn’t, bother me—it’s far too rich—but it’s nonetheless refreshing to read at least one publication that doesn’t hew to the current fear of causing offense.