From Veteran to Student

College students in Texas told The Daily Texan what it was like to serve in Iraq. The stories are honest and down-to-earth descriptions of their actual experience fighting a war that so much of the country is entirely removed from. 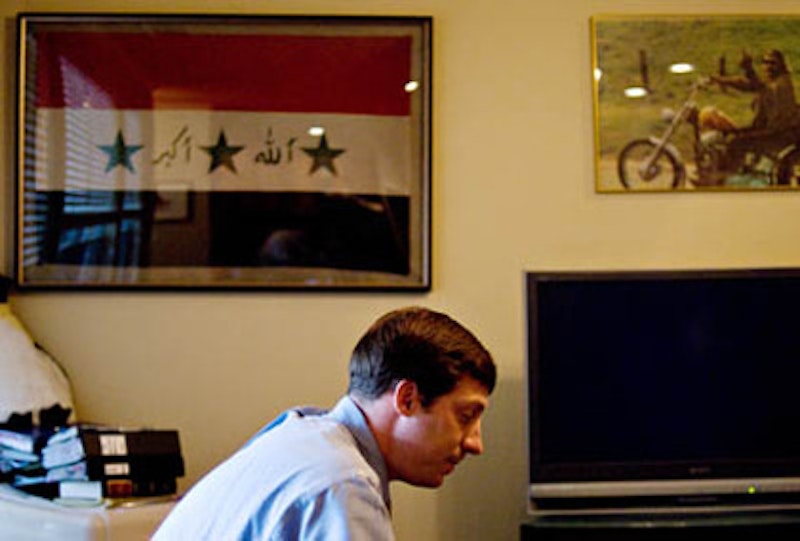 "Four years ago, 5-foot-3-inch Sgt. Mandy Millican spent her days driving a 5-ton truck through a stretch of IED-infested desert between Iraq and Jordan. These days, she makes a shorter trek to Fort Sam Houston in San Antonio once a month to satisfy her commitment to the Army Reserve.

Millican, a communication studies and human relations senior, completed one semester at UT before leaving for basic training at Fort Jackson, S.C., in spring 2003. Her unit deployed to Iraq in late October 2004.

"The stories law student Knox Nunnally and history and premed junior Hunter "Doc" Hayes tell about their deployment to Iraq are the stuff of this generation's history books.

Having just graduated from the U.S. Naval Academy, Nunnally was in basic training on Sept. 11, 2001. Hayes had enlisted in the U.S. Navy just days before.

"When 9/11 occurred, a switch got flipped and all of us and our instructors realized that instead of just training for maybe going on a cruise to South America or whatever, we were training for the war," Nunnally said.

"Every day for 11 months and two weeks, Colin Burke's parents changed the number on a sign in their Long Island front yard counting the number of days he was in Iraq.

Burke, a McCombs Business School graduate student, was deployed to Iraq as part of the 4th Infantry Division 110 Cavalry of the U.S. Army.

After graduating from the U.S. Military Academy, Burke was stationed at Fort Hood with the 4th Infantry Division of the U.S. Army in January 2003.

He said the division did not expect to be deployed to Iraq, but on his second day of work at Fort Hood, training was stopped, and the deployment order was given.