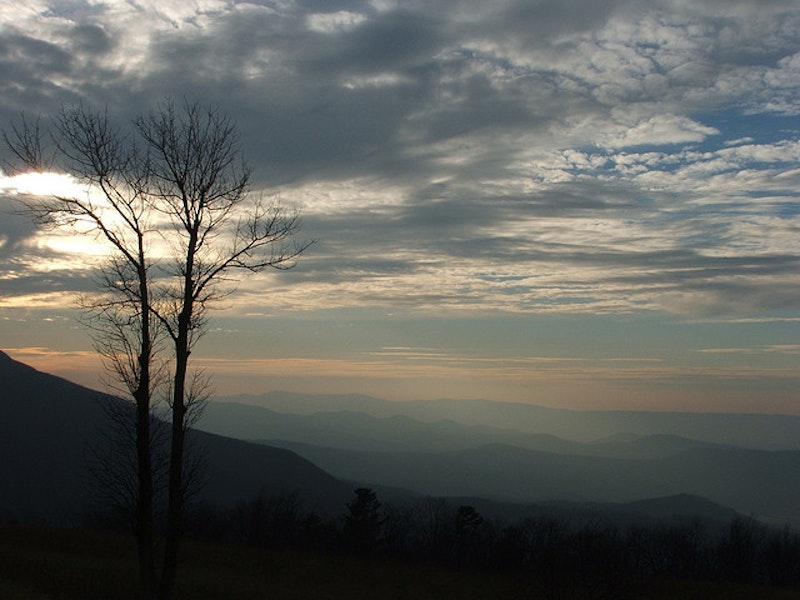 If only John Edwards had couched his infidelities behind the cape of patriotism, as perennial Republican not-quite presidential candidate and “ideas man” Newt Gingrich is currently doing with his own escapades outside the realm of family values, then perhaps we’d still be able to kick Edwards around—at least he’d still be hammering home his pet hypothesis: that there are “two Americas”; the haves and the have-nots, those with access to health care and higher education and financial expertise and those without. The hypothesis is certainly not the sole provenance of Edwards; it’s a foundation of the Left and its modus operandi. The oft-repeated factoid concerning America’s massive income disparity is an important piece of evidence for this assertion.

It’s an argument for confrontation, reconciliation and inclusion. Confront the pernicious institutions of America’s past, such as Jim Crow-style disenfranchisement, rabid xenophobia, et al—specifically the contemporary, soft tentacles of their legacies; reconcile these elements within today’s infrastructure and culture; and, in the (hypothetical) economic and social progress that follows, include all strata of the public in the Reaganesque rise of all the damn boats in the harbor.

I offer the above sketch knowing full well it’s not perfect and as perforated with hypocrisies and double standards and bad policy as its ideological counter.

Rural America is a unique and interesting place that I don’t think a lot of folks fully appreciate and understand. They don’t understand that that while it represents 16 percent of America’s population, 44 percent of the military comes from rural America. It’s the source of our food, fiber and feed, and 88 percent of our renewable water resources. One of every 12 jobs in the American economy is connected in some way to what happens in rural America. It’s one of the few parts of our economy that still has a trade surplus. And sometimes people don’t realize that 90 percent of the persistent poverty counties are located in rural America.

I think the military service piece of this is important. It’s a value system that instilled in them. But look: I grew up in a city. My parents would think there was something wrong with America if they knew I was secretary of agriculture. So I’ve seen both sides of this. And small-town folks in rural America don’t feel appreciated. They feel they do a great service for America. They send their children to the military not just because it’s an opportunity, but because they have a value system from the farm: They have to give something back to the land that sustains them.

I am astounded by these words because, on one hand, they create an unbelievable double standard in terms of politics and policy; on the other, they echo the aforementioned tropes of confrontation, reconciliation and inclusion. To value heartland America as the provider of soldiers (don't the soldiers themsevles make their own decisions?) and food is to create a hierarchical binary: the city—multiracial, producer of ideas and mass culture—is not as pure as the countryside—significantly more monocultural, producers of tangible goods such as soldiers and corn. It might be why, then, that the House’s Agricultural Committee wants to cut food stamps rather than farm subsidies.

Sarah Palin’s “Real America” is the stuff of real legislation—neat divisions of socioeconomic and ethnic strata.

And yet the farm subsidies are the water’s edge; hundreds of thousands of veterans are unemployed, homeless, on food stamps or struggling with physical and mental disabilities. You have to wonder how Michelle Bachmann’s staff let her propose legislation that included cuts to veteran benefits (but none for farm subsidies, of course). The extreme and self-satisfying rhetoric of patriotism only seems to manifest itself, policy-wise, in terms of over-extended tours of duty and cameos during the Super Bowl.

Eighty percent of Americans live in cities or the suburbs, according to the 2010 Census; that same monstrous document tells us the country is 74.8 percent white and 12.4 percent black. The respective percentages of military casualties since 1980, broken down by ethnicity, are 74.6 percent and 17.3 percent. To continue this crude dichotomy—as established by Sec. Vilsack—of white and rural, black and urban, and to continue the valuation of patriotism based on military service, then we see that the black community has sacrificed a greater percentage of its members than the white community. It should be clear by now that using numbers such as these to support any sort of national policy is absurd and, frankly, disconcerting. (To go back to “80% of America lives in the cities or the suburbs” for a moment, one must recall how this vast discrepancy is so perfectly offset by the inherent—and, as often as not, maddening—inequality of the Senate and, somewhat less so, the House).

I have yet to read, hear or see the phrase “Obama Republicans”—in the same vein as Reagan Democrats. Aside from two marginal “Republicans for Obama” websites, the Google search “Obama republicans” turns up reports on political division. There are prominent conservative thinkers and writers who refuse to subsume their intellectual dignity to the cognitive dissonance and political nihilism that is modern conservative, but on the whole we’re talking about a small slice of a massive and tangled blogosphere.

The Reagan Democrat was, generally, white and working-class. He or she represented a crossover of sorts—perhaps the label was simply another iteration of “independent.” But with Presidents George H.W. Bush, Bill Clinton, George W. Bush and Barack Obama, the crossover moniker has not materialized. As minority populations have increased by orders of magnitude across the country (in Virginia, the Latino population has increased by about 90 percent over the past 10 years), so have the politics of the Right taken a more entrenched view of the not-real America: cities, elite universities, and minorities. Rep. Peter King’s investigations of the terrorist-tendencies of Muslim Americans come to mind, as well Michelle Bachmann’s just-serious-enough calls for investigating un-American activities in Congress; they are, one hopes, the still-depressing high-water mark of America’s xenophobic hostility.

Wisconsin Republicans have, for the moment, sidestepped AWOL state Democrats and have successfully neutered the collective bargaining rights of government unions. Recalls are in the works, for several Republican state senators, and the head of the AFL-CIO has gone as far as to “thank” Walker for galvanizing union workers to a degree not seen in a generation.

The urban and unionized and municipal workers—and unions in general—have been attacked from the Right as an overstuffed people, fat on the teat of Big Government. More importantly, these urban and unionized and municipal workers vote Democratic, as do cities—and minorities—in general. For Gov. Walker to couch his power grab with overtures of fiscal responsibility is just stupid. Politics is power; there should be times when saying, straight up, that you want your side to win, is productive. Now, even a plurality of Wisconsin Republicans agree that state employees should retain collective bargaining rights, and Republicans across the Midwest have quite unwittingly dropped a hornet’s nest of Democratic grassroots backlash.

Twenty percent of Americans don’t live in cities. They live in the countryside and send their kids to the army and in doing are deserving of farm subsidies—not higher social pay, not tighter social safety nets, not increased funding for broadband Internet or high speed rail or public education; they get farm subsidies. The unionized state employee doesn’t deserve the subsidy that is his or her job; that’s a mark of bad fiscal policy. The city dweller, the multiracial, the ethnic, the other, the college student—they don’t sit on the same level with rural America.

As noted above, I see Vilsack’s comments as an echo of this idea of “confrontation, reconciliation and inclusion.” As demographics change; as industries die and alight; as wars are fought and injustices made and injustices accounted for; as the width and breadth of America finds a way—via Congress, the White House, and the people we elect to fill those institutions—to get through the ongoing recession and its long-term ramifications; it is paramount that the sentiments expressed by Vilsack find daylight in places other than the countryside. Vilsack put into words a profoundly liberal sense of a government working of, by and for the people. But for Vilsack and the general politics of the Right, the city limits mark the water’s edge.