The way this game's played is you demand someone do a particular thing in support of your cause, and if they don't comply you call them a bigot. 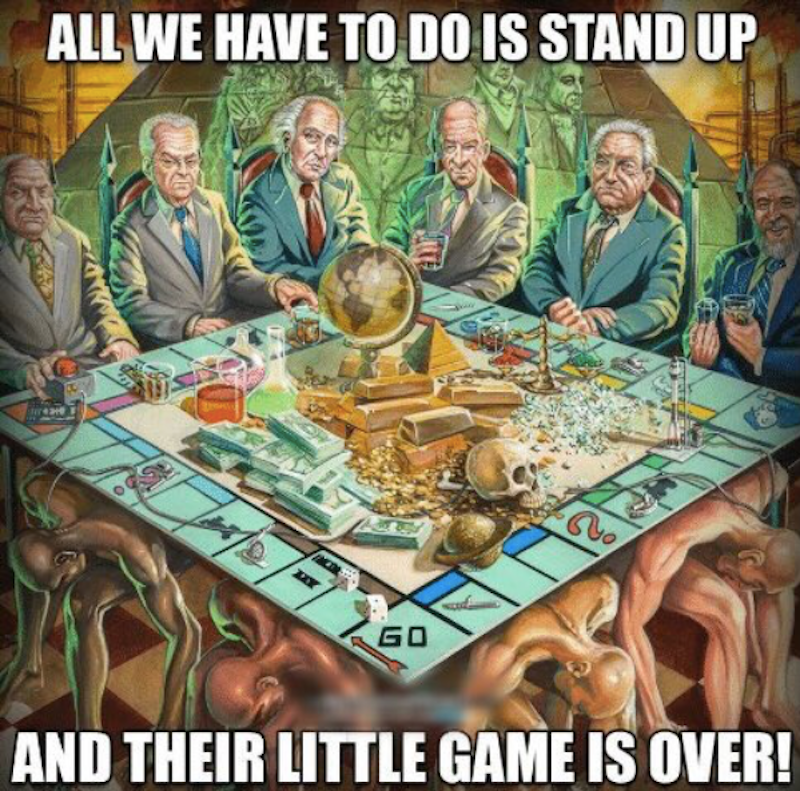 The first article I read, in Variety, after hearing about Disney-owned Lucasfilm firing actress and former MMA fighter Gina Carano from The Mandalorian (and all future productions, as cancellers never offer a path to redemption) got quickly to the point that one of her "several offensive posts" likened the treatment of Republicans to the treatment of Jews in Nazi Germany. This is the single Carano tweet that's gotten liberals apoplectic with righteous rage amidst her cancellation controversy.

We're supposed to believe that Carano made an anti-Semitic comment with this tweet: "Jews were beaten in the streets, not by Nazi soldiers but by their neighbors…even by children. Because history is edited, most people today don’t realize that to get to the point where Nazi soldiers could easily round up thousands of Jews, the government first made their own neighbors hate them simply for being Jews. How is that any different from hating someone for their political views."

There's not even a hint of anti-Semitism in this tweet, which isn’t to say it's accurate—Nazi soldiers did beat Jews in German streets. In fact, the actor's using Jews as a standard for people who were mistreated, which is the exact opposite of anti-Semitism. It's Philo-Semitism, for which the actor should be congratulated rather than condemned.

Matt Zoller Seitz, film critic at RogerEbert.com, tweeted: "The deeper story of this Gina Carano firing is that conservatives are openly telling us that being racist/anti-Semitic/homophobic is an integral part of conservatism, thus 'Carano was fired for being a conservative.' I mean she wasn’t fired for her position on regulations, folks." The implication's that Carano is racist, anti-Semitic, and homophobic. Many of the critic's 80,000 Twitter followers will accept this at face value, and then spread the word; this is how social media spreads misinformation.

As for Nazi analogies, liberals are supportive when one of their own makes one—which has happened for the last four years—but when a conservative does it they're automatically "minimizing the suffering of the Holocaust victims,” no questions asked. This is a wild, aggressive assumption to make.

Lucasfilm was wrong to call Carano's Nazi tweet "abhorrent," but then there's the image she tweeted of six men sitting around a monopoly table, a common dog whistle signaling the well-worn global-Jewish-hegemony conspiracy theory. The actor Ice Cube recently tweeted an even more offensive version of that image (along with other anti-Semitic material), but no Hollywood studio has yet to say they'd never hire him again, and he didn't lose his agent like Gina Carano did. It's hard to get worked up about her distasteful conspiracy tweet if the other side's not also held accountable. Also, Ice Cube was given the chance to make amends, while the actress received no such opportunity.

Carano was also accused of mocking trans people, something that can get you into real trouble. What happened is, after facing strident calls to announce her pronouns, the actor responded to the inappropriate demands by adding the words “boop/bop/beep” to her Twitter profile. She denied she was transphobic, stating that her intent was "exposing the bullying mentality of the mob that has taken over the voices of many genuine causes." That's a valid point. I'll accept this explanation, as nobody has the right to pressure someone into making such a public declaration. The way this game's played is you demand someone do a particular thing in support of your cause, and if they don't comply you call them a bigot. Carano's use of humor—and "bop/boop/beep" is pretty funny, given the context—after being strong-armed, is in no way inappropriate.

Seitz isn't the only one calling Gina Carano a racist; you see that all over Twitter, although nobody includes a link to her alleged racist statements. My Google search didn't produce any evidence of this charge either. It looks like it comes down to the actor being asked in August to show her support for BLM. When she didn't respond, many accused her of being racist. It's the same "gotcha" game as insisting that someone announce their pronouns. If you don't announce your support of BLM, it means that you don't think any black lives matter.

Some are upset that Carano mocked mask-wearers because of this tweet: "Democratic government leaders now recommends [sic] we all wear blindfolds along with masks so we can't see what's really going on." We're supposed to believe that she's spreading "pandemic misinformation" with this? The actress is also accused of supporting Trump's phony "rigged election" narrative, as just about every Republican does. While this makes them dupes, at the very least, I can't identify any moral principle stipulating that they should be rendered unemployable just because they trust their scoundrel of a leader.

Seitz implied that Gina Carano's a homophobe, and plenty are echoing this sentiment on social media based solely on what people like Seitz have told them. I've been unable to find any evidence on the Internet supporting this claim. When Seitz tweeted me the image of the men sitting around the table that Carano tweeted, he included the message, "They we're okay with this, though." By "they," he means Republicans. When I replied by sending him the similar image that Ice Cube had tweeted, asking if the actor's career had suffered, I got no reply.