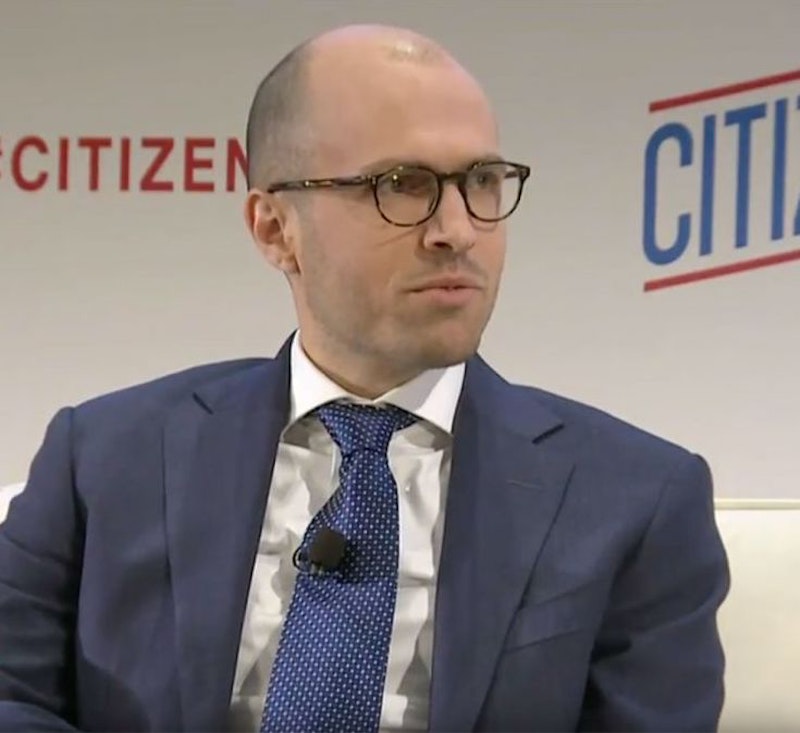 Last Sunday I was scrolling Twitter and came upon this post: “Could use some prayers and good thoughts for a friend who’s having a brain tumor removed.” The tweet wasn’t in itself remarkable, for you see some variation of it every day. What struck me as weird was that it came from well-known CNN anchor Jake Tapper—3.3 million Twitter followers—rather than a random person letting users of the platform know that he or she is going through difficult times. I can’t imagine writing something like that—I hold privacy close, despite the horrific reality that everyone’s life is an open book if you make any purchases or bank online, and, anyway, what good will the “prayers” of unknown people accomplish?—but to each his own. But Tapper is a public figure, and has, one assumes, plenty of friends and supportive colleagues, and here he is in beggar mode, maybe in an attempt to come off as a “regular” American, those bedrocks of democracy that CNN and every other TV network and newspaper/website refers to so condescendingly. I certainly believe Tapper’s upset about his friend, but why broadcast—so to speak—it? Charitably, this practice is today’s rote “Thank you for your service.”

Pre-pandemic it also struck me as odd that people would announce that they’ve lost 50 lbs., have remained sober or free from substance abuse for a month, year or 10 years, suffered a miscarriage, received a promotion, or lost a close relative. Yet I can understand some of it: Twitter, or other social media platforms, have acted as virtual AA, NA or other support groups during lockdowns, and I’d guess it’s beneficial to some sincere people, although not the Lonely Hearts crowd simply looking for pats on the head from strangers. Before social media took over from… the media at large, it’s inconceivable that someone would write a letter to the editor at local or national newspapers soliciting “prayers and good thoughts”—by the way, all this “prayers” jazz, in the increasingly non-worshipping American society, is kind of off, no?—since it’d be chucked in the trash immediately, probably accompanied by a chuckle or snide aside from a newsroom employee.

“Twitter isn’t real life” is still… still a common refrain, proclaimed on Twitter usually from armchair political commentators—whether employed by a news organization or not—and as I’ve written before that’s not true. It’s not “real life” for those who don’t participate, but it sure is for millions of Americans who use the platform to promote stories, music or books, make jokes, discuss movies, seek approbation by saying, thinking it’s original, that Donald Trump (and now Joe Biden) is an idiot, or solicit thoughts and prayers. It’s “real” for me, since I not only publicize my website’s stories, or link to others I like or don’t like, and use it as an aggregator of articles I might be interested in. Years ago, I went to the Drudge Report or Real Clear Politics for that function, but both outfits are on Twitter so there’s no need.

Lately, a new mutation has emerged, along the lines of, “The New York Times has Twitter on its masthead.” Maybe so, given the latest round of controversy (which is a boon for the company’s digital traffic and advertisements) surrounding the paper, although when was the last time you looked at The Times’ masthead? A couple of years for me, and I not only subscribe to the print edition, but make a daily stab at its editorial pages, where the masthead is tucked away.

Not long ago, I had a discussion with my 26-year-old son, who dislikes the Times intensely but does—wisely, at least for now—scan the print edition, in addition to The Wall Street Journal. He surprised me, when batting around some idiotic—and purposely misleading—headline on the front page, when I suggested that the Times’ long-held unofficial motto, “The Paper of Record” had been sacrificed at some point during the last decade. He protested, saying that for better or worse (mostly worse) that cliché remains accurate, because so many unimaginative TV news channels and other newspapers take their cue from “The Gray Lady.” (I use that in jest, because even though a number of morons still repeat the definitely dead-as-John McCain anachronism it’s inaccurate. Color photographs, decades ago, knocked the Gray—or Grey if you’re affecting Brit lingo or hailing the Grey Poupon chap out on the roadway.)

I reject the “paper of record” idea and have for a long time. It was—and still is, to a lesser extent—a vastly influential and commercially successful enterprise, but it’s not as if “regular Americans” kept shrink-wrapped copies on their shelves, like people (inexplicably, in my opinion) did with The National Geographic, or stranger still—although keeping copies of NG is strange enough—displaying copies of this or that encyclopedia, as if the capsulized history contained within wasn’t years and years out of date. (As a kid, my parents sort of succumbed, keeping copies of the Encyclopedia Britannica at the ready. I never used them as research tools for high school term papers, instead getting to the Huntington Public Library exactly when it opened and checking out books there. Off the track, but for a 3000-word 11th grade essay on Dylan Thomas’ “Under Milk Wood,” I corralled eight books from the library, some just for a single paragraph to quote and cite.)

Ben Smith, the Times’ media reporter for a year—and, as such, the accomplished writer hasn’t yet fully demonstrated the Stockholm Syndrome symptoms that afflict so many employees there—wrote a fairly in-depth, and very good, article about his newspaper’s Donald McNeil problem (the “grizzled” and “crusty” Times lifer who recently resigned after it was revealed he used a racial slur in conversation, although in the context of racism.

Smith wrote: I think [all the internal squabbling at his workplace, the ugly firing of James Bennet and McNeil, the high-profile exit of Bari Weiss, the dismissal of a cafeteria sanitation engineer who whispered to a diner that he planned to vote for Trump last November—joke!] it’s a sign that The Times’s unique position in American news may not be tenable.”

Hallelujah! The angels cry out in rejoice at the unusual truth-telling of a Times reporter!

But hold your horses. What Ben Smith, unforgivably, omitted in his story about The Times, was that publisher A.G. Sulzberger spiked a column by op-ed contributor Bret Stephens that addressed the McNeil resignation. The column was leaked to The New York Post by a Times employee (not Stephens), which the tabloid ran last week.

Stephens, no stranger to controversy at The Times, claimed his column wasn’t specifically about McNeil, but rather the decision-making at his paper. He concluded: “We are living in a period of competing moral certitudes, of people who are awfully sure they’re right and fully prepared to be awful about it. Hence the culture of cancellations, firings, public humiliations and increasingly unforgiving judgments. The role of good journalism should be to be lead us out of this dark defile. Last week, we went deeper into it.”

That Smith, writing about the new culture at The Times, didn’t add, even parenthetically, that their boss killed Stephens’ column is baffling. My friend Crispin Sartwell thinks Stephens will be forced to walk The Times plank; I don’t agree, simply because he’s good for clicks and chatter. In any case, the writing of Stephens is one reason I haven’t “cancelled” my subscription to the paper he works for.