Assessing the pandemic’s effects on all aspects of life in America can’t begin until the event itself is over. 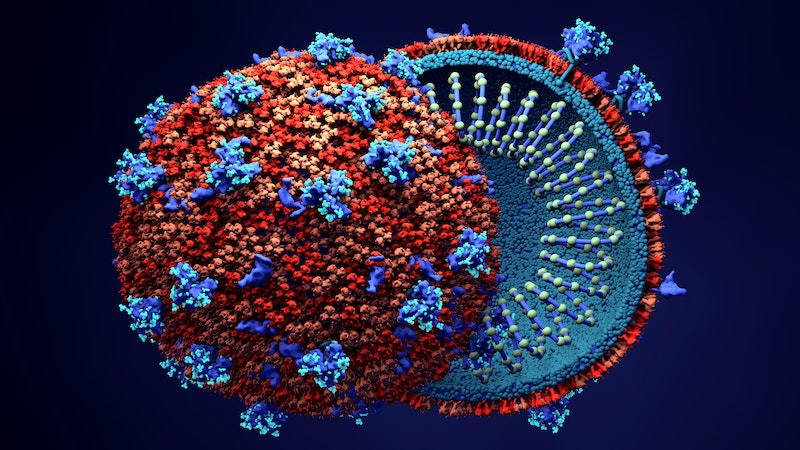 As the coronavirus continues to prove itself more than novel with each passing day, the world’s richest man has shot himself into space with his brother and a few other rich, “lucky” "friends."

In Baltimore, particularly around Johns Hopkins, everyone has been on their best behavior since March 2020. People are still wearing masks outside, often without another person in sight. Now that the indoor mandate has been lifted and certain places allow people to go “bareface,” a new dynamic has emerged. If you’re invested, or paying attention, to either side, right now to go into a store, or any public place, without a mask is a provocation—to some. I don’t think most people care that much, but what I don’t understand is those who take “pride” in either shaming the bare-faced or strutting into a Streets Market sans-mask and acting like you’re Harvey Fucking Milk. Again, corporate media amplifies these coconuts—in my experience, daily life has not yet descended into a cage match.

Then again, looking at Florida will not calm you down: “Dr. Marc Napp, chief medical officer for Memorial Healthcare, said much of the increase is likely driven by the Delta variant, a highly contagious mutation of SARS-CoV-2, the virus that causes COVID-19, and the significant share of Floridians who remain unvaccinated. Napp said two things stand out about patients being admitted during this most recent surge. ‘The overwhelming majority are unvaccinated individuals,” he said, “and they do appear to be younger than before.’”

That’s Daniel Chang for The Miami Herald, and I can’t imagine he feels the same. Eventually, in the face of a mass of unvaccinated people prolonging and exacerbating the pandemic, my regular argument against focusing on personal responsibility folds entirely. I stopped reading in-depth coverage of the coronavirus a long time ago, and it’s been at least a year since I kept regular stock on the death count, the spikes, the trends, the forecasts—it’s all bad news. As I’ve said before, what’s particularly hard to grasp about the coronavirus pandemic is that it’s a colossally destructive event that will last for multiple years at least. Compared to 9/11, an acute two-and-a-half-hour event with an aftermath we’re still living in, we’re going to be dealing with the not-so-novel coronavirus for the rest of our lives.

I’m not talking about variants (even if others won’t stop), or even further spikes or people still refusing to get vaccinated. Not even the stock market, which loves the coronavirus when all is said and done. No: this is destroying the possibility of a public space. Stating the obvious to the point of absurdity last year, but now most stores and venues have reopened in some capacity—you can, for the most part, live the life you once did before early-2020. A lot has changed, but you can go into a bar again, or a movie theater, or to a concert. Haven’t you heard? “Nature is healing.”

I saw Werner Herzog’s Stroszek the other night at The Charles, and it was the same size crowd (with a lot of the same people) as many of their pre-pandemic repertory screenings. Once inside, in the dark, sans-mask, nothing has changed. The only tic I know won’t be tolerated or, at the very least, regarded with knee-jerk suspicion and contempt, is the movie theater cough and sneeze. That’s one that I can’t see going away in my lifetime, just as many Zoomers have a certain amount of school shooter drill training built into them. They know the exits to a room. Has the handshake gone away? Not entirely: I’ve taken a few in the last month, though never offered. This is the kind of bullshit we’ll have to deal with, along with whatever new viruses are being studied in secure labs in [REDACTED] at the moment.

There’s little insight I can offer on the social status of the coronavirus—as far as I know, shows and parties and dinners are happening, but I’m not around to see what’s changed, if anything has. Looking at Miami, I doubt it; then again, we’re not going back to a pre-mask period. We’re Asia now when it comes to masks. Insofar as how it will affect the rest of our lives, masks and mask-wearing will be yet another cudgel for people to use against each other. And you better be careful if you go into work or to a party sick without telling anyone—who knows, you could be liable in a few years for “secondhand infection.” Don’t worry if it doesn’t make sense, the CDC will come up with something dumber.

In a world where it’s easier than ever to flake on plans, abandon all ambition, and succumb to a readymade secondhand life on offer from enormous conglomerates, state apparatuses, and world’s masters, why bother to get together with other people in public? Everything about the current situation, beyond physical restrictions, is denuding our desire for the social, and every day presents new options handed down from above that emphasize “comfort,” isolation, and “privacy.” Unfortunately, the home cannot be a shared territory (for everyone), like a movie theater, concert hall, or restaurant. It’s a separate territory entirely, and despite the superficial “disappearance” of the novel coronavirus, its effects are continuing apace, eroding the same physical and psychological structures it’s been eating since early last year.