The Most Tasteless Post-Election Analysis

It took mere hours after the election results were in for The Nation to solicit donations for its battle against the wicked and vicious GOP. 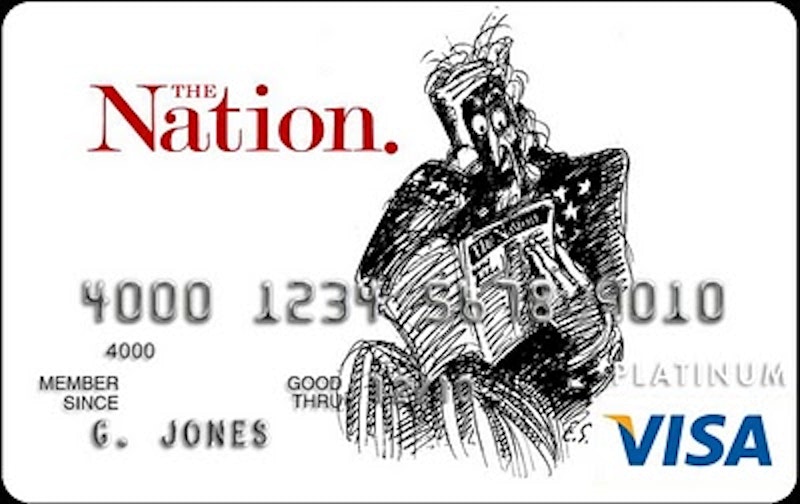 No one should feel any embarrassment for reading or subscribing to the left-wing weekly The Nation. Aside from contrarian Alexander Cockburn—whose column now appears just once a month—most of the Nation’s writers provide a gluten-free, preach-to-the-choir menu of “progressivism” that, taken with the polar opposite views of Newsmax and Rush Limbaugh, gives one an appreciation for the less wacko elements of the media.

Nevertheless, I was rather appalled to receive a mass email at 9:51 on Wednesday morning from wealthy Nation editor and publisher Katrina vanden Heuvel—most notable for claiming on a talk show years ago that she lived in Harlem, until The Wall Street Journal’s John Fund chuckled and replied, “Katrina, the Upper West Side [of Manhattan] isn’t Harlem”—that, after an introduction recounting the horrific midterm results, switched gears to yet another fundraising appeal.

Saying that, “This is a time for conviction, not caution,” vanden Heuvel rattled the tin cup to shake down readers not only for money, but also to act as ambassadors and shills for the magazine. She writes: “Without an advertising budget, we need help in spreading the world about the quality journalism and investigative reporting that we do—the reporting that is needed now to forge a politics and culture of decency, dignity and fairness.” Not to be glib, but it seems to me that Sen.-elect Marco Rubio and Gov.-elect John Kasich, among many other winners last night, represent much that’s “decent” about America today. On the flip side, though I won’t lose sleep over his loss, Wisconsin’s Sen. Russell Feingold stood in stark contrast to Democratic colleagues/hacks like Harry Reid, Dick Durbin and Chuck Schumer as a man who possesses a conscience.

There was also a not wholly unexpected measure of incoherence in vanden Heuvel’s fundraising drive. “Yes, there were some unexpected wins [last night], yet overall the results were grim, as candidates who wish to roll back decades of social and economic progress were swept into office.” Hmm. I had no idea that vanden Heuvel was of the opinion that President George W. Bush—who held the presidency for eight of the past 10 years—was indicative of a leader who fought for “social and economic progress.” She also claims that her under-funded and “truth-telling” investigative team will root out corruption—like a CSI team—in Washington, DC and Wall Street. Of course, there are no abuses of power in other parts of the country—citizens of Las Vegas, Chicago and Boston may beg to differ—but that’s part of the package vanden Heuvel is hawking.

I won’t be sending a plug nickel to The Nation—normally, when you subscribe to a magazine or newspaper that’s considered contribution enough—but perhaps some of you, upon reading the linked solicitation above will be moved to “fight the good fight.” Happy hunting!