Save Your Tears, Maryland Republicans

A midterm post-mortem for Maryland. 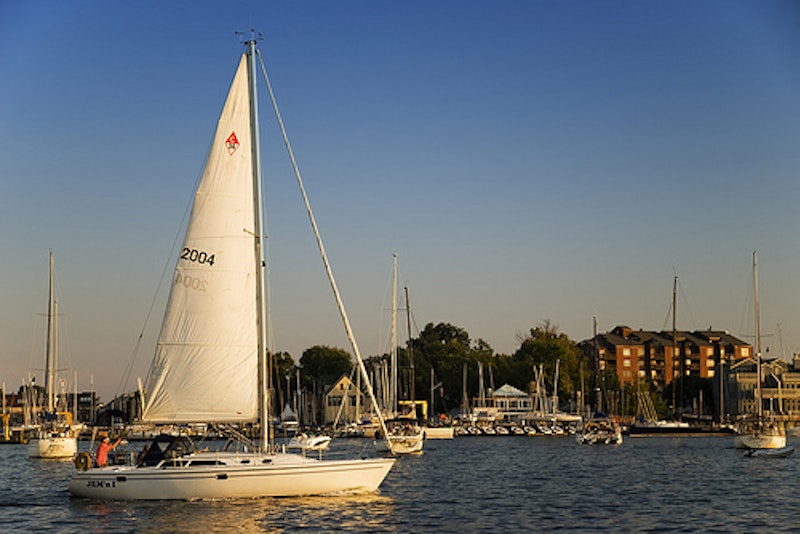 Bobby, Bobby, Bobby. What the hell were you thinking? You paid the shifty-eyed Julius Henson, the Democratic marplot, $97,000, knowing full well that sooner or later he’d get you into trouble. He once called you a “Nazi.” Wasn’t that warning enough? And you privately accused him of a shakedown in 2006.Those election night robocalls that you paid for, telling voters to “relax” and stay home, probably ended your political career in Maryland in an ignominious way that doesn’t befit a former Princeton linebacker. That money, and some of the outlandish salaries you paid to campaign staffers, would have been better spent on television ads.

Republican Robert L. Ehrlich Jr., during his campaign, had a tough time letting go of yesterday. He was more than a victim of Gov. Martin O’Malley’s (D) attack ads—that’s right, attack, not negative ads—and superior funding, as he and his backers contend, although O’Malley did forcefully frame the debate before Ehrlich had a chance to make his case. And when he finally did it was more reminiscence than renaissance. Ehrlich’s campaign was built on rickety props. Ehrlich was sucked under as much by his own fuzzy thinking and the flimsy assumptions on which he based his decision to run. Also forced to enter guilty pleas are the tight little circle of sycophants around him who helped to bring down his governorship in the first place.

Ehrlich argued that he really didn’t need much money this time around because he was already well-known and was riding a crest of personal popularity and good will which he kept alive with his weekly radio talk show. Further, Ehrlich convinced himself that O’Malley was highly unpopular and unliked while he, Ehrlich, was riding high in the polls with a likeability factor in the high 50s. Ehrlich also made the mistake of lulling himself into believing that the anti-government fervor of the national mood could be extrapolated to apply to the resolutely Democratic state of Maryland. And finally, he half-heartedly acknowledged on election night what many voters already suspected, that it was his wife, Kendall, who pushed him to run.

Ehrlich was running against the numbers as well as O’Malley, and the arithmetic of the election tells the story. Suffice it to say that Ehrlich got clobbered and wiped out in the populous Maryland suburbs around the District of Columbia. But in his home turf of Baltimore County, he barely carried the familiar and formerly friendly territory by a negligible 200 votes whereas he won it by 6000 votes in 2006. He forgot to factor in that O’Malley’s brother, Peter, had worked as chief of staff for County Executive Jim Smith for four years and that Smith, himself, is no Ehrlich fan, either. Constituent service for Peter O’Malley had a dual role and that was to organize the county for his brother, the governor. Long story abbreviated: O’Malley’s ground game of getting out the vote was as good as his media as the vote totals show. Ehrlich was a victim of his own miscalculations as much as O’Malley’s superior preparation and execution.

All of which leaves the Maryland Republican party in the post-Ehrlich era in worse shape than it began—still chronically under-represented, under-funded and lacking a reserve pool of prospective candidates. The party had pegged its hopes on Ehrlich, who had dawdled and dithered over running until last spring when it was actually too late to match O’Malley’s bankroll, organization and the Democratic party’s double-down registration. Maryland seems to be looking at Washington and saying why should we have a two-party system that doesn’t work when one-party government functions just fine. It may be another generation or two before the Democrats are divided, as they were in 1966, or put up a second-string candidate, as they did in 2002, before Republicans get another chance to claim the State House.

The GOP bench is thin and the roster is short, but those who now advance to the title of contenders keeping the dim flicker alive include: Harford County Executive David Craig, who was reelected but is term-limited and available in 2014; Anne Arundel County Executive John Leopold, who once ran for governor of Hawaii; and Sen. Allan H. Kittleman, of Howard County, the Senate minority leader and a smooth and facile operator. It is also necessary to add the name of Andrew Harris, the newly elected member of Congress from the First District, who some day might decide to follow the bread crumb trail laid down by Ehrlich—the Maryland General Assembly to Congress to the Governor’s office. Then again, the First District is usually considered a safe seat, especially for Republicans, until they mess up.

The great hidden treasure of the 2010 election was Congressional redistricting and legislative reapportionment. Translation: The party that captured the State House gets to redraw the legislative maps in 2012 as it happens every 10 years following the census. If the process is executed with a sufficient amount of cynicism and subterfuge, Harris could find a run for governor appealing. He could be redistricted out of office.

Redistricting is legalized bodysnatching. The squiggles on the map can make or break careers and the shift of a few blocks here and a precinct there is part of the system of rewards and punishments and, ultimately, designed to perpetuate party power. And it’s all done with the cozy connivance of the courts that over the years have condoned gerrymandering as a way of accommodating the bench to practical politics and remaining there once they’re in.

When the one-man, one-vote theory of governance was established, there were certain criteria that had to be met when legislative redistricting occurred: Contiguity, community of interests and numerical balance among them. But over the years, those have vanished as the courts have conspired to allow the whitening of certain districts and the blackening of others to try to impose racial balance as well. Today there are noodle-shaped districts a hundred miles long and a mile wide (Maryland’s Eighth), districts that are shaped like toilet seats (Maryland’s Third), districts that are black (Maryland’s Seventh) and districts that traverse the Chesapeake Bay and meander through four counties as well as urban, suburban and rural areas (Maryland’s First). What do Cockeysville and Chestertown have in common, for example?

Redistricting alters a governor’s relationship with the legislature. It gives him greater power over their careers and enhances his authority over their decisions. Their futures are, literally, in his hands. Parris Glendening, as governor, kept the district maps on an easel in his office as the first and most visible sign of his power with a Magic Marker that a legislator saw when entering for a meeting.

Under the law, the governor draws the plan, usually in conspiratorial cooperation with friendly legislators, as a way of protecting friends and eliminating enemies. The legislature can reject the plan or make changes, which it rarely does, though there’s audible squawking, and within a certain time line the map becomes law. When Glendening drew the last plan, he was so hell-bent on punishing certain lawmakers that the maps so distorted the state’s geography that the courts had to redraw parts of the plan. So hang onto your Zip Code. A person living in Towson could wind up sharing a longitude and latitude with a neighbor in Garret County.

Finally, don’t be swayed by the crocodile tears of the racing industry because the Cordish Company won the Arundel Mills slot machine referendum and shut out the Maryland Jockey Club, the owner of Laurel race track that had been competing belatedly for the franchise. The Jockey Club’s bellyaching is about personal profits and not the future of horseracing. They’ve announced a plan to shut down the track and convert the operation to off-track betting. That’s how interested in thoroughbred racing they are.

But don’t weep for racing. Under the constitutional amendment that legalized slot machines in Maryland, the formula for distributing the proceeds from slots is very generous to the racing industry. Under the prescription, 9.2 percent of the estimated proceeds from slots are dedicated to subsidies for the racing industry. That translates to an estimated $42 million a year for improvements and upkeep of the tracks and other aspects of racing.

If anything, the racing industry is better off with the $42 million than with slots. It’s the racing industry’s welfare check. The subsidy requires no up front investment. All of which supports the notion that the track owners want to line their pockets and not improve the breed.