Social worker Shulamis Lieber claims “the only people benefiting are the insurance agencies.” 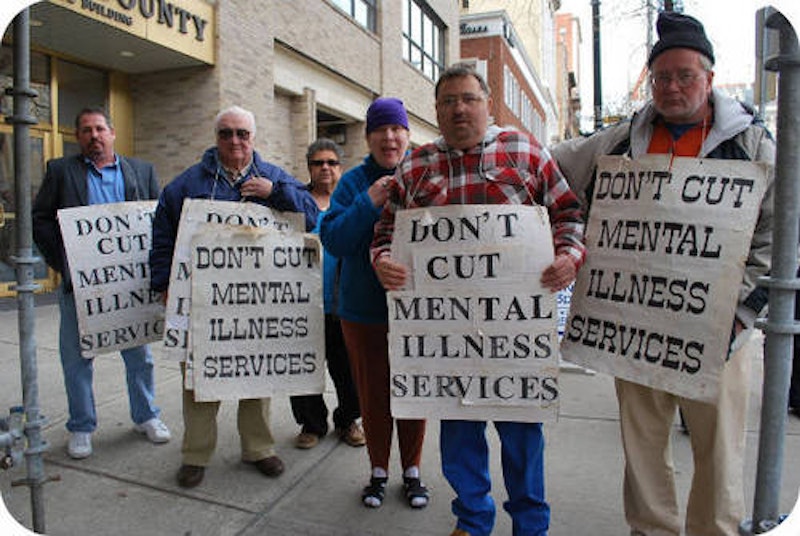 Shulamis Lieber, a social worker from New York City who works for a nonprofit called The Institute for Family Health and specializes in mental health for HIV patients, is on the front lines of America’s health care crisis. She has three years of experience in the field and sees first-hand how for-profit healthcare and draconian budget cuts are destroying careers and harming patients.

Over the past 10-15 years, she says, the mental health paradigm has shifted away from long-term therapy, in which the patient spends roughly 45 minutes with a professional talking about problems and digging for root causes of distress, to short-term, concrete therapy, in which patients are given medication and engage in problem solving exercises designed to help them take their medicine, focus on things that give them pleasure and transcend barriers to achieving structure in their daily schedules. “Many patients have a real need for and interest in doing long- term therapy,” Shulamis says. “An average mental health session used to be 45 minutes to an hour, and now they’ve really cut that. My average meeting time with a patient is 15 minutes, 30 minutes tops, and it’s really a huge difference and huge cutback because the people need more time to feel like they can trust their therapist and develop a unique bond.”

The reason for the transformation is that the newer model is cheaper and far more profitable. Public insurers have turned to this method to cope with massive budget cuts created by the financial crisis, and private insurance corporations love it because it dramatically boosts their bottom line by saving money and doubling the number of patients.

Shulamis must treat patients “based on what Medicaid, Medicare and the insurance companies want, and they want you to make a diagnosis in a very short amount of time and use short-term behavior models like cognitive behavioral therapy, which require the least expertise and training, instead of any other type of psychodynamic approach.” This has made her job “very difficult.”

The object is for social workers to see as many patients in the least possible amount of time. Last week Shulamis saw a man who is HIV positive and taking his medication on schedule. He just wanted to talk about his struggles coping with the stigma, along with financial and relationship troubles. But he was ineligible for treatment because Shulamis is required to treat only those who are either not taking their medication or struggling with barriers to achieving daily structure and staying positive. In order to properly help her patient therefore, she has to forfeit her lunch break to squeeze him into her schedule and exaggerate the true nature of his condition by writing in her paperwork that he can continue to attend to his medical needs only if he gets support with his financial and relationship problems.

This poses risks. Shulamis must spend countless hours filling out bureaucratic paperwork to satisfy the demands of insurance providers, who “dictate to the clinician exactly what needs to be done, what the paperwork needs to look like, and if it’s not matching up exactly we’re not covered.” Such precautions are taken largely to avoid malpractice lawsuits. In general, as The New York Times has reported, most therapists have to deal with the same restrictions, and talk therapy is dying as a profession because insurers won’t pay anymore. According to Shulamis, “the insurance companies will not cover mainstream mental health issues. The only way you’ll get covered today is if you’re experiencing really severe symptoms.” If you’re a typical, healthy person who needs support the “therapist has to fabricate their notes to get covered by insurance.” And the paperwork is brutal.

Accordingly, many social workers in mental health with private practices do not accept insurance. They instead work on an out-of-pocket basis and charge a fortune. Only rich people can afford such treatment, which, according to Shulamis, is “literally going against the mission of social work,” which is “trying to help the most vulnerable people, the poor, the elderly, etc.”

But most people in her profession have little choice. One can either be a slave to the insurance companies and likely experience burnout or pursue a practical means of making a living. Indeed, most social workers suffer from chronic job insecurity and gross underpay, she says. And, as with graduates in most professions, the debt burden is insufferable. Shulamis will be paying back loans “at $900 a month for over 30 years.”

In truth, we have the money. But it is so heavily concentrated in the hands of the oligarchs who control our country that there are only crumbs left for most Americans. The executives of WellPoint and Goldman Sachs will have no trouble paying for healthcare. The overwhelming majority will suffer. And as the recent debt deal indicates, the elites have institutionalized a permanent underclass. Taxes on the rich will not be raised. And the rest of society will have to pay for the crisis created by Wall Street. “At the end of the day,” Shulamis says, the new paradigm of cost cutting is “not as helpful for the patient and it’s really losing the whole purpose of mental health, taking steps backward, but we have to go with it because that’s how we get paid.” She adds that “the only people benefiting are the insurance agencies.”