There's a call for the DOJ to conduct treason investigations of journalists and politicians who are "Russian assets." 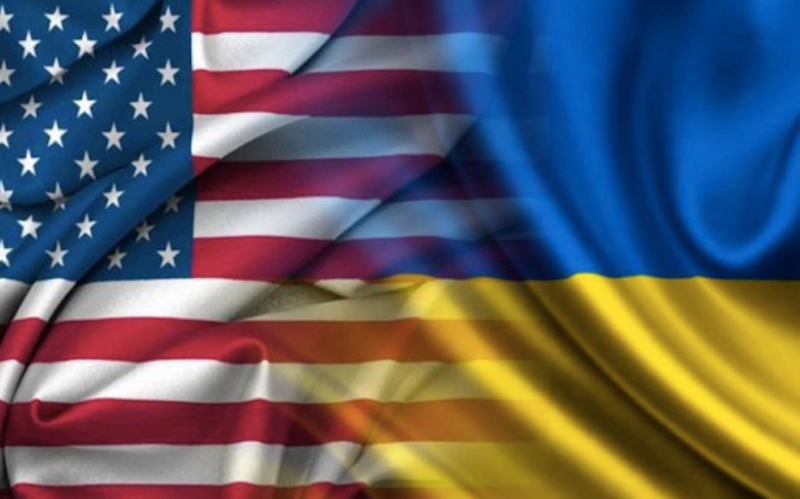 I wonder how many Americans who've been impressed by the bravery of Ukrainian people in their staunch opposition in the streets to the predations of Russian dictator Vladimir Putin, and then asked themselves how Americans would respond in such a situation. The answer to that question is depressing, but the numbers are telling.

Patriotism is a slippery term to nail down (some think supporting every war the U.S. starts makes one a patriot), but wouldn't the bare minimum to qualify as a patriot be a determination to fight back against the world's Peter The Great wannabe? It's no secret that a large percentage of progressives despise this nation (check out the pronouncements of The Squad), which the discredited New York Times "1619 Project" tells them was founded on the defense of slavery—the original sin that America can never expunge, despite any and all efforts to redress it that've been taken since slavery ended.

But suddenly the Ukrainian invasion has made a bunch of reckless, attention-seeking Democrats into "patriots"—"paper patriots" is more like it. There's now a concerted effort on the Left to label anyone who comments on Ukraine in a manner that displeases them as a "traitor." The same party that condoned the myriad acts of violence (they wrecked my favorite coffee shop in Richmond, Virginia) and disruption of the George Floyd protests isn’t brooking any dissent on this issue.

Democrats love dissent, but only when they do it.

Given that the U.S. has no direct involvement in this war, and the lukewarm progressive love for America, one has to wonder where this sudden patriotic fervor's coming from. Treason’s a crime that carries the death penalty, so it's hardly a charge to be leveled against a political opponent without serious supporting evidence. Donald Trump called people traitors at least 24 times during his presidential tenure, and the Left lost their minds every single time.

Should Fox News host Tucker Carlson be investigated for treason? Yes, according to former Democratic U.S. senator Claire McCaskill, who recently said, "If you are a foreign asset to a dictator, it should be investigated." She continued, "Tucker Carlson and others are really, really close to treason in terms of what they’re saying and parroting." Carlson's "treasonous" offense is that the way he's talking about the American-funded Ukrainian biolabs hews too closely to Vladimir Putin's propaganda efforts to portray those labs as facilities aimed at producing biological weapons, which is a falsehood. Carlson's a once-respectable journalist who's contracted the Fox News disease and can't be trusted on this issue. But what he's doing is reminiscent of when Malcolm Nance was hawking sketchy Trump-Russia conspiracy theories on a nightly basis for MSNBC on pure speculation. Nance weighed in on Carlson and Tulsi Gabbard (another alleged traitor), and said: "These people are almost collaborators. I would call them an asset." Nance, a former U.S. Navy intel officer, knows that an "asset" in the intel community is a secret source of information or operational assistance, making his targets more than "almost collaborators." Nance is saying that Carlson and Gabbard are working covertly with Russia, perhaps for compensation. Having zero evidence to back his wild assertions has never stopped him before.

Ana Navarro, representing the progressive side on ABC's The View, commented that the U.S. government "should look into people who are Russian propagandists shilling for Putin. If you are a foreign asset to a dictator, it should be investigated." So is LeBron James a "foreign asset" to Chinese dictator Xi Jinping because he attacked Houston Rockets GM Daryl Morey as "misinformed" and "uneducated" when Morey tweeted in support of Hong Kong protesters in 2019? Should the DOJ investigate the basketball superstar for echoing Beijing's talking points in order to ensure his continued stream of millions from China?

The View's Whoopi Goldberg, speaking of Carlson, said, "They use to arrest people for doing stuff like this." Who is "they," and in what country—the USSR? While the confused and overly-opinionated pundit failed to mention when an American journalist has ever been arrested for spreading sketchy information in support of a nation the U.S. was not currently at war with, she supports criminalizing American journalists she dislikes.

The perpetually enraged Keith Olbermann tweeted that there's a case to be made for "Russian assets like Carlson and Gabbard to be detained militarily." The former MSNBC host didn't elaborate on his absurd flight of fancy that would presumably lead to the imprisoning of Carlson and Gabbard in Gitmo.

Republicans aren't immune to this most recent moral panic. U.S. Sen. Mitt Romney, still stung by Trump's humiliation of him, also lost his marbles when Gabbard, a Democrat, said that the labs should be shut down as a safety measure during wartime. "Tulsi Gabbard's treasonous lies may well cost lives." Gabbard didn't lie about anything. This is a silver-spoon guy who never served assassinating the character of someone who served in the U.S. military in combat zones.

According to the New York Times, there are US.-funded biolabs in Ukraine, but they're used to prevent bioweapons being made, not to produce them. Saying the labs should be shut down is a point to be debated, but it's in no way related to treason. Casual consumers of the MSM probably think there are no American-funded biolabs in Ukraine, due to the tenor of the media coverage of the issue. If you read only the headlines, as most do, that's the spin you'll get.

All of this "treason" insanity from the Left reminds me of when they claimed that anyone saying that the coronavirus came from a lab in Wuhan was a racist. There will be zero apologies when it turns out that's exactly where the virus started. There's a compulsion on that political side to slander political opponents that goes hand in hand with their cancel culture and focus on mandating and banning.

None of the fulminations from these day-tripping "patriots" over the "traitors" and "assets" is tethered to facts. Via the First Amendment, journalists have the right to express their opinions, even if they contain factual errors. On the surface, all this performative nonsense is inexplicable, given that this nation's not currently at war. Ukraine isn't a NATO nation, despite what the Vice President may believe. "The United States stands firmly," said Kamala Harris, "with the Ukrainian people in defense of the NATO alliance."

The only way to understand the Left's bizarre behavior on this matter is to view it as a carryover from the post-election Democratic panic over the alleged Trump-Putin collaboration, a point punctuated by the fact that, just last week—buried in paragraph 24—the Times finally admitted that the laptop found in Delaware was Hunter Biden's. When the story broke, Democrats and the media were in vociferous agreement that it was a Russian plot against the Biden family. The New York Post reported in October of 2020, with solid sourcing, that the laptop was Hunter's, prompting Twitter to temporarily ban that newspaper's Twitter account. Now, it's onto the next Russia-connected madness for the rabid traitor hunters.