Will No One Praise Putin’s Speech?

New messaging for us right-wing geniuses. 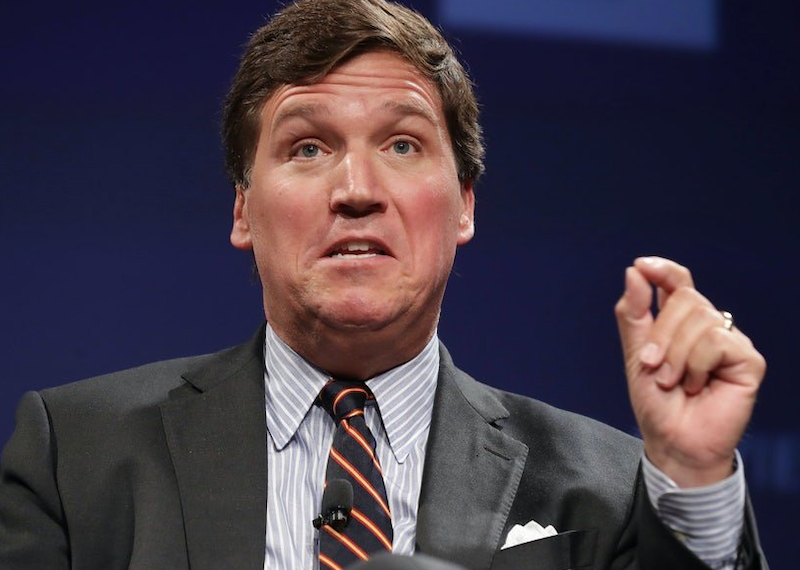 The quick and near-effortless Great Russian seizure of the Ukraine—confidently predicted in fine far-right magazines like The American Conservative by White military geniuses with “Gen. (Ret.)” before their wonderfully White names, and no doubt with picturesque White nicknames like “Whizzer” and “Bucky” —didn’t, unfortunately, quite materialize.

This is prompting a messaging rethink for those of us in the right-wing intellectual community who were banking on a successful Great Russian blitzkrieg. We’re taking our cue from Tucker Carlson, who presumably for future-political-viability reasons has quit openly “rooting” for Putin and has shaded into a nicely disingenuous insistence that Western support for the Ukrainians is bad for the Ukrainians—for whom, as we are all aware, the paleocon/far-right/Q-Anon/Russian Orthodox/White heart bleeds and has, indeed, always bled.

I will with gusto join Carlson in this clever and destined-to-be-super-effective tactic (I believe it represents a variety of “concern trolling” in moronosphere parlance). I’m already planning multiple diary entries in which I call for an end to absolutely all aid to the Ukrainian neo-Nazis, on “humanitarian” “pro-Ukrainian” grounds. Deprived of aid, the Ukrainians will no longer suffer actively at war. Instead (and much better for them), they can be mass-exterminated by Great Russian civilian-terror bombing in blissful passivity, ideally in their sleep.

I look forward to working in tandem with the pundit community’s other right-wing Whites (plus Michael Brendan Dougherty) on this “high-potential” new messaging initiative.

This week Putin made a fine speech—a speech for the ages—in which he denounced the “scum” and “traitors” in the Russian body politic, calling for his country to be “strengthened” via its “purification” of these “flies.” Putin was even more appealing than usual in this address to his embattled nation. The speech, to my mind, represented an ideal synthesis of text and messenger, not unlike King’s “I Have a Dream” speech or JFK’s “Ask Not” peroration.

And yet—maybe I’ve missed it—I’ve seen none of my fellow Orthodox defenders of the Russian World come out in public to praise this magnificent address. Not the legendary Orthodox mystic and prophet of Great Russian imperialism Professor Daniel Larison, for instance. Is he busy? Are Yale faculty matters “tying him up”? Did he get stuck at lunch at Mory’s?

“Mr. Orthodox,” Rod Dreher, hasn’t praised Putin’s speech either. Is he out shopping for new sandals, a fine hand-tooled pair to take him through summer? Is he busy with French lessons? Has he descended into another neurasthenic fit?

Are these top-notch intellectuals going to acknowledge Putin’s epochal speech in its majesty? If not, why not? Has the cat got their tongues? Are they scared?

Speaking of Russian Orthodoxy, one effect of the Ukrainians’ aggression against Russia is that it’s damaging my beloved Church. Patriarch Kirill’s gloriously “rock-ribbed” support for Russia’s anti-Nazi action seems to be turning off members of the flock who lack his fortitude, his sense of justice, his meek, humble piety. An Orthodox parish in Holland has stopped commemorating Kirill during mass; elsewhere around the world, including even in Russia, traitorous Orthodox clerics are criticizing the patriarch.

This may seem “small beer,” but to those of us who breathe Russian culture and history, it’s ominous. The word schism is a terrible one in the Russian context, bringing to mind the 17th-century raskol, when the Russian Church broke into factions, with not only ugly political consequences, but with destructive implications for the spiritual fabric of Holy Mother Russia.

To the extent that the Ukrainians have touched off a new raskol, let them burn in an even hotter than the one in which they are already fated to burn. They are monsters, and they befoul everything they touch.