The Center Doesn't Deserve to Hold

If centrists regain power this week, they’ll be insufferable. 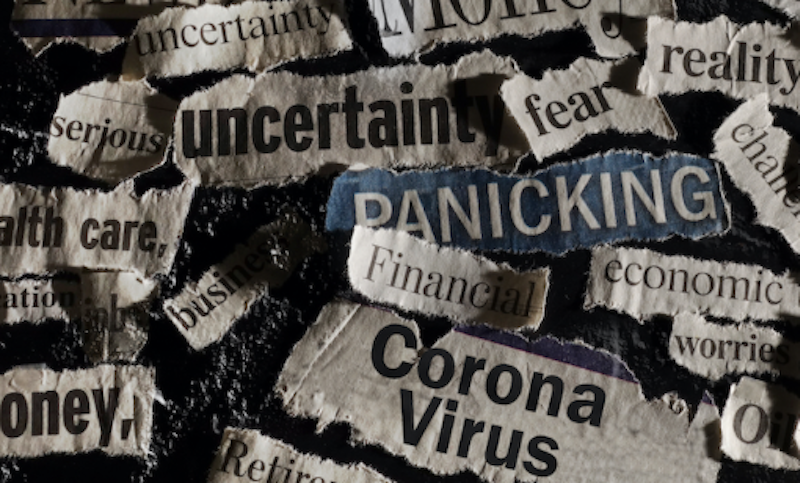 Trump is abnormal, but consider all the nightmarish baggage that comes with the center-left establishment that now paints itself not merely as normal but, more creepily, as the arbiter of what is normal.

The more they dictate standards of law, discourse, etiquette, and knowledge to us, the less the world looks like a clash of right vs. left, libertarian vs. authoritarian, or even private vs. public and the more it looks like a sloppy, loosely defined clash between “those eager to obey without question (or have us obey)” and “those unwilling to obey.” America leans toward the latter regardless of who wins this week’s elections (as I hope to discuss this week on the Not Simple podcast).

Despite our anarchic impulses, though, we’re now supposed to be unfazed when, say, New York’s Gov. Cuomo says no one can travel in or out of his state without a negative COVID test. We’re expected to refrain from doing our own math when innumerable pundits, in a nightly drumbeat, imply all 300,000 potential COVID deaths in the U.S. are on Trump’s head, rarely offering a calculation of how few there would purportedly be now if Trump hadn’t been in office this year (the Oval Office perhaps instead held by one of the many anti-Trump politicians who were urging the public to party in their local Chinatowns back in March to strike a blow against xenophobia). Zero, you contend?

We’re meant to turn up our noses at decentralized guerilla journalism and YouTubers while, for example, politely overlooking the fact the U.S. military can’t corroborate old-media New York Times’ potentially war-sparking claim that Russia was paying bounties to Afghan troops to kill Americans. We dare not comment on the irony that it was The New York Times that ran pieces apologizing for Stalin back in the 1930s, when Russia was a real ideological enemy, as poignantly captured in last year’s weirdly overlooked film Mr. Jones about the Ukrainian holocaust perpetrated by the Soviets.

I was pleased that film captured not merely the Times’ statist sycophancy but the accompanying sex-and-drug decadence of the intellectual elite yoking the Times to Moscow. Little has changed. But now, instead of sociopathic Times reporters (overtly) defending Stalin, they’re defending things like the recent pro-crime riots in Philadelphia, or at least deflecting criticism of the riots by reporting on them indirectly, lamenting as Times reporter Eric Lipton did that conservatives keep trying to draw attention to the Philly riots for some strange reason (perhaps because people like him seem so reluctant to do their jobs, inspiring more fringey media figures to take up important tasks such as creating this one-hour documentary on the international violence of the Antifa movement).

If rapper Ice Cube is to be believed, these days CNN cancels your interview appearance not because you once did a song called “Fuck Tha Police” but because you dared to say nice things about Trump.

The establishment suddenly rallies to the defense of property rights and free speech when doing so suits it, of course, so an endless array of hypocritical, finger-wagging leftists is there to “remind” libertarians and free-market conservatives that social media platforms such as Twitter have a perfect legal right to invite conservative users aboard and then ban them in confusing and deceptive ways—and for the most part, I agree, but I’m not obligated to think it’s nice or conducive to rational discourse.

You can be uncomfortable about tech CEOs having to testify and justify their behavior before a congressional committee last week and still be troubled by the fact that the tech platforms tend “suddenly” to remember that their high standards demand banning various (Trump-leaning) conservatives, populists, and conspiracy theorists in the final few weeks before an election.

And the underhanded nature of the platforms’ tactics should be enough to make anyone wonder where the line between promulgating etiquette and committing sneaky sabotage lies. I noticed the conspiracy theorist George Webb’s Twitter account was up on the morning of October 24, but their search engine wouldn’t return any hits for his account’s display name. A couple of weeks earlier, you could watch the conspiracy theorist LiftTheVeil, his own YouTube account whittled down to one video post, glumly listing all the conspiracy theorist colleagues of his who were banned in a surprise October purge—as I predicted, on the rationale that those accounts sounded too much like the reviled conspiracy group QAnon, just as many accounts found themselves banned in late-2016 for sounding too much like Russians, even if they weren’t.

Again, the question is not so much whether such voices spouted errors as why suppressing them has become such a cheap default substitute for arguing with them.

In a now-familiar pattern of major-media paternalism partnering with social-media censoriousness, CNN reported this month—as if it were mere paranoia—the growing wariness of the right wing about social media companies. But as Joe Concha tweeted in response: “In a related story, the New York Post’s official Twitter account has been locked since Oct. 12.” Punished by Twitter for reporting Hunter Biden’s own dubious Ukrainian adventures (which admittedly probably claimed far fewer lives than Stalin’s), the Post has since had its tweeting privileges restored, but this is a weird, pivotal point in the political calendar at which to have newspapers subject to Twitter’s punitive decisions.

I doubt discourse is going to get any more freewheeling regardless of election results. The authoritarians are getting savvier about using media, so media proliferation alone won’t set us free. McDonald’s-Azerbaijan could post paeans to the joys of international free markets but instead posts in support of Azerbaijan’s military seizing Nagorno-Karabakh. Sadistic leftists of the academic-leaning variety talk not just about defeating Trump in an election but, in truly Kafkaesque fashion, about following up their presumed election victory with something like the “Truth and Reconciliation” tribunals created in the wake of the toppling of dictatorships and regimes such as South African Apartheid.

I fully agree the world could use some shaming, but a lot of that shame should be directed at the center-left that fantasizes about wielding the power of judge-jury-and-maybe-more—and at the center-left’s center-right enablers such as David Frum, who tweets cluelessly, vaguely, and insinuatingly about thinking that there must be some deeper, darker, hard-to-perceive ideological tie between the likes of Joe Rogan and Glenn Greenwald, perhaps rooted less in an affinity for Trump than a weird lack of female colleagues. As a nerd, I can say with confidence that a nerd like Frum should not be building political theories around populists’ affinity for womankind or lack thereof.

Rather than being egged or pantsed, though, the monstrous Frum should just be grateful he’s not in front of a Truth and Reconciliation tribunal for encouraging the bloody war in Iraq, and we should all be at least a little frightened of what the world will look like if this week brings victory for the political-spectrum-spanning Coalition of Evil and Presumed Authority of which people like him are now such eager parts.

It’s bad enough when the centrist authoritarians gloat about their dominance of academia, but now we have to watch them applaud when someone like the Times’ “Anonymous” op-ed writer from inside the Trump administration, who wrote two years ago that he was part of the “steady state” thwarting Trump’s will from within the government, turns out to have been the Department of Homeland Security chief of staff Miles Taylor. Not even a blink or a moment of doubt followed from the anti-Trump establishment upon Taylor being outed as one of their main allies—as if they had completely forgotten 18 years ago, when they were busy lamenting the very creation of the Department of Homeland Security as fascist.

Frum and other Bush-era neoconservatives must be delighted to see their monstrous bureaucratic baby join the fast-growing list of once-feared big-government agencies now sold to us as essential “democratic institutions” so long as those agencies butt heads with Trump in some way. Didn’t all the anti-Trumpers hate DHS just a few months ago when it was trying to quell riots? Didn’t they hate it even more a couple of years earlier when it was enforcing the border, right around the time Miles Taylor was assuring us he’s part of the “steady state” keeping us safe before, during, and after Trump?

I guess the whole world—and all its authoritarian habits—will be deemed acceptable and unified now, if only that one despicable, uncooperative man isn’t around to gum up the works any longer. Perfection and respectability achieved! You’ll know whom to blame for any tiny lingering problems, though with him gone, what could go wrong?