Glenn Greenwald and the Good News

Greenwald departing The Intercept shows the media has learned some lessons from 2016. 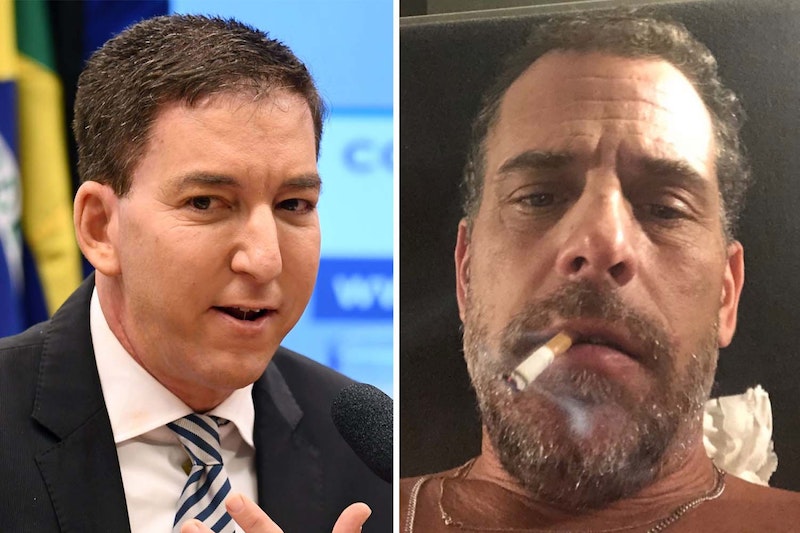 Donald Trump has presented unique challenges for the news media, and it often responded to those challenges by tripping over its self-importance. Trump won the Republican primary on the strength of huge amounts of free media time, as networks treated him as an entertainment channel, rather than as an unqualified dope who might actually become president. Journalists also struggled to figure out how to report on Trump's constant lying while maintaining norms of objectivity. And as a mea culpa for underestimating Trump's chances, post-election journalist kept racing out to diners to check to see whether Trump's core rural white supporters continued to support him—which of course they did, since core supporters rarely abandon their candidate.

You can still find headlines in which respected news organizations credulously repeat and disseminate Trump's baseless lies without caveat. But journalists have also learned some things since 2016. One example is the resignation of tireless Trump shill Glenn Greenwald from progressive media outlet The Intercept (which Greenwald himself founded).

Greenwald's been all over the political spectrum, but before Trump he was seen as a progressive, anti-imperialist critic of the Obama administration. He’s won a Pulitzer Prize for his reporting on US and UK international surveillance based on documents leaked by Edward Snowden. He's also admired for his reporting in the last few years on the far right Bolsonaro government in Brazil, where he lives.

Greenwald loathes the Clintons, though, and he responded viscerally to Trump's vague populist grunting. He's spent most of the past four years in English-language venues insisting he doesn't support Trump while relentlessly downplaying his administration's abuses of power and mocking Democrats for their concern over credible accounts of Russian election interference in 2016. For the last weeks before the 2020 election he's done everything he can to spread Republican campaign talking points suggesting ambiguous impropriety by Joe Biden based on emails purportedly from Biden's son Hunter which were supposedly found on a laptop obtained by Trump's rabid lawyer, Rudy Giuliani.

The Biden email scandal is obviously the Trump campaign's attempt to recreate the 2016 scandal around hacked DNC emails obtained by Wikileaks, quite possibly with Russian help. That became one of the defining events of the campaign, in part because the media swarmed around the story despite the fact that the motivation for the document dump was dubious, and there was no real evidence of impropriety. Both mainstream and left media were used, spreading disinformation which may have helped to decide the election.

That was a hard lesson. But, somewhat surprisingly, the media learned it. The Mueller investigation into Russian interference in 2016, and the impeachment hearings into Trump's efforts to get Ukraine to smear Hunter Biden, have been sometimes ridiculed and disparaged for failing to hold Trump accountable. But they appear to have convinced news organizations that Trump is actively trying to fool them into laundering propaganda.

As a result, when Giuliani tried to peddle his poorly-sourced story about Hunter's laptop, the only outlet that would take it was the New York Post. As other journalists investigated, it quickly became clear that even the Post story had prompted a newsroom rebellion; writers didn't want to have their bylines on it. Facebook and Twitter—huge vectors for disseminating the DNC hacks—both put restrictions on sharing the information.

Greenwald was righteously determined to get the Trump campaign's version of the story out there. He wrote a lengthy piece (now available on his Substack) which excoriated the media for not asking Joe Biden tougher questions, and which strongly implied, despite a lack of evidence, that the emails showed evidence of Biden using his connections and power as vice-president to personally enrich himself and his family.

Four years ago, perhaps The Intercept would’ve been less cautious about printing a story like this. Greenwald certainly used the outlet to dismiss connections between Wikileaks and Russia—dismissals which aged poorly.

In 2020, though, Intercept editors were leery of being used as tools for the right. They told Greenwald he could write a story about the press being soft on Biden. But editors pointed out (in emails Greenwald himself released) that there was no evidence of impropriety on Joe Biden's part. They therefore were not going to publish an article which all but said, without solid evidence, that there was impropriety on Biden's part. In response, Greenwald threw a tantrum, insisted that editorial fact-checking was the same as censorship, and quit.

For Greenwald, The Intercept performing due diligence is a sign of the corrupt left media's craven pro-Biden bias. But news outlets aren't supposed to use their reputation to promote the conspiratorial ramblings of every crank with a grudge.

Trump's communications strategy is to fill the airwaves with so much garbage that people can no longer tell fact from fiction, or good from evil. In 2016, the mainstream and left media largely failed to guide their readers through Trump's clouds of obfuscation. This year, The Intercept, and other outlets, are more circumspect.