Where did all that "big money" go? 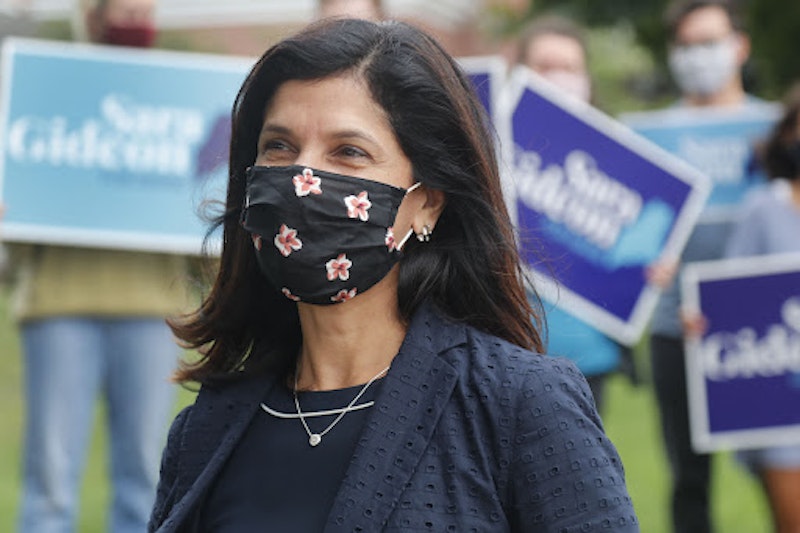 A small consolation of moving to Portland, Maine, on May 1 after being spat out of NYC by obscene landlord greed was that my husband and I could oust Susan Collins and chip away at the bit to restore some semblance of democracy to the U.S. Senate.

Sara Gideon raised $39.4 million during the third quarter of 2020, the second-highest total raised in a three-month period by any U.S. Senate candidate. Collins’ campaign shored up $8.3 million over the same period, which would’ve been a Maine record had it not been dwarfed by Gideon’s audacious money-grubbing.

Some 70,000 Mainers (5.3 percent) live in “deep” or “extreme” poverty, with an income below 50 percent of the poverty level, according to Maine Equal Justice, a 501 c 3 nonprofit organization. In September, Maine’s unemployment rate was 6.1 percent, well below the nation’s 7.9 percent rate during the same month. Yet a staggering 35,000—14 percent—children in Maine are raised in households with an average income of less than $12,000 a year, according to the most recent data. Imagine trying to feed and clothe poor, hungry people rather than churning out environmentally destructive collateral that avoids key issues in favor of maligning opponents.

More than a half-million votes were returned in Maine before Election Day, and some clerks reported collecting 70 percent of their ballots before they opened the polls on Tuesday. Yet for weeks and days leading up the disastrous election, Gideon surpassed Collins by subjecting letter carriers to cram gobs of massive flyers into mailboxes, crushing paychecks and personal letters. Her canvassers littered every entrance to every home, often tossing multiples of specially designed door hangers onto the ground. I’m partly grateful for the lazy latter, rattled by how many mask-less people molested our doorknobs, even as Maine’s ultra-low COVID-19 rates spiked to new highs in recent days.

A former canvasser for third-party candidates in an effort to topple the single-party duopoly, I was always mindful of how I approached residences, and took cues from those who clearly didn’t welcome my presence. Civilly disobedient by nature, I respect political activism and even empathize with volunteers for candidates I dislike. However, many of Gideon’s canvassers disrespected public health, personal space, and remote work and learning time. Three days ago, a brazen Gideon canvasser shoved open our storm door and stomped into our tiny mud room, screaming “Adrian” (a tenant many owners ago) before he began aggressively pounding on the door and incessantly ringing the doorbell. His mask dangling like spaghetti squash from a sloppy unattended toddler, he breathed deeply into our window, still shouting “Adrian,” as my 10-year-old son struggled to hear his Remote Academy public school teacher via a Google Meet. I finally, and politely, asked him to leave, saying my husband and I voted weeks ago. I called out “Put on your mask,” as he sluggishly retreated.

My small family was hard-pressed to learn anything about the Democratic House Speaker other than what she loathes about Maine’s GOP senator since 1997. Perhaps the biggest misstep was a deluge of signs planted throughout progressive Portland acknowledging, in small print that you’d never see while driving: “Paid for by the Maine Democratic Party.” The high-quality flashy campaign-style “Trump/Collins” signs that began sprouting up early last month mimicked the ubiquitous “Trump/Pence” signs, and undoubtedly threw votes at Collins. Swing voters and the politically unconscious were likely to respond to the Dems’ hyper-stylized repetition of “Trump/Collins” as a mantra to choose the Republican incumbent on the ballot.

In purporting that she was “Putting Maine First,” Gideon set back democracy for the entire country. By claiming she’s “Fighting for Maine,” Gideon was battling to preserve her opponent’s dynasty.

On Wednesday afternoon, Gideon tweeted “Thank you, Maine. I’m proud of the campaign we ran, regardless of the result—together we built a movement that will help us make progress for years to come. While this election may be over, we can't afford to stop organizing. So let’s get some rest, and then get back to work.”

There’s no “movement” toward progress. Maine, and more painfully the nation, is constipated, unable to rid us of the waste that Collins built up over the last 23 years, clogging a healthy path back to democracy. Gideon’s platform collapsed under empty rhetoric that often circumvented her agenda. “Sara is running for Senate to fight for Mainers, not special interests. In the Senate, she’ll work to end the influence of big money on our elections and officials in Washington ...” her website blathered.

How does she define “big money” in the context of hoarding $39.4 million during the third quarter of 2020? All for nothing, Sara.