Cosmic Politics and the Even Split

If this election shows anything, it's that there’s no single American story or identity. 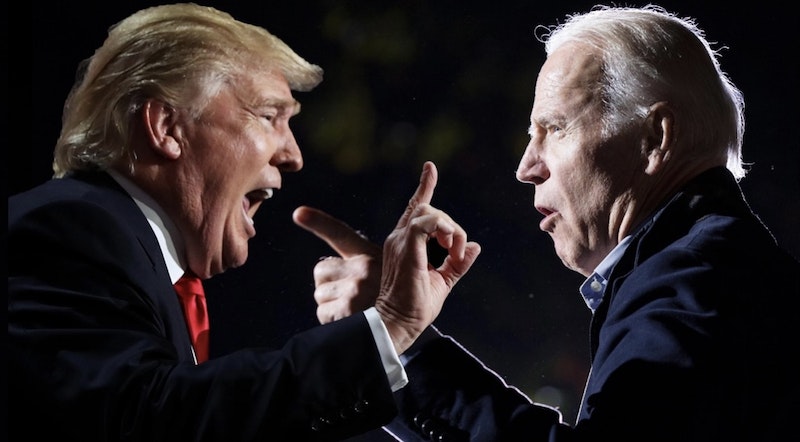 It's six a.m. and I'm watching the map slowly fill in. Perhaps Biden will be president when all is said and done. But it didn't work out in Florida: not even really that close. Not in Georgia, North Carolina, Ohio, Texas. If Biden wins Nevada, Michigan, Wisconsin, or Pennsylvania, it will be by the slimmest of margins. Even if Trump loses, then, this election was not a decisive repudiation, and represents no sort of national mandate for the Democrats.

Perhaps the way both parties presented the choice—as not primarily about practical problems like COVID or unemployment, but about the very soul of America or what America means—was a formula for an even split. It might've ended up hard for a lot of people out here in rural PA to focus on who will be more practically effective managing the pandemic, let's say, because both parties focused instead on what your vote says about who you are, and how it fits into the gigantic fictional national narratives they construct, which are entirely incompatible with one another. Your vote became less about covering pre-existing conditions or the structure of the tax code and more about you and what America means.

Maybe Biden shouldn't have put all those eggs in the soul basket, and if this election shows anything, it shows that there's no one plausible account of the nature of "the American character," the shape of the American narrative, America's deepest values, and so on. However the election comes out, the only decisive result is that we’re still extremely divided at a most fundamental political level; there are two of us, or more. This is not who we are, said Biden over and over, but there is no "who we are."

The symbolism just became too bloated, too abstract and too pseudo-profound. That Americans always rise to every challenge, that we always pull together in times of crisis, that we'll always "take care of each other" through a government safety net, and so on: wishing doesn’t make it so, and saying it over and over again definitely doesn’t make it so, even if you're Barack Obama. Meanwhile, you're asking voters to endorse not a sensible trade policy or whatever it may be, but some sort of metaphysical system.

What you demanded from all these Trump voters out here, in other words, was a religious conversion and spiritual transformation, and you demanded it immediately. You demanded not that they agree with your position on fracking, but that that they agree to your whole world-picture. If you put my identity at stake in my vote, or you interpret any vote for you as a token that I affirm or capitulate to your entire definition of America and myself: well, that's a lot to ask.

I don't mean to blame only Biden; everyone has been playing the huge-picture game for a long time now; Obama was relentless with it. And though we could possibly reach some sort of compromise on pre-existing conditions or fracking, we're very unlikely to reach a compromise about what America really means. And honestly, I don't think we need to, in order to live together, and so I'd pull back on the non-stop auto-fiction. What America means is neither here nor there, really; or it means a contradiction, so get over it. We really aren't better than that, etc. We are who we are. Time to stop trying to control people by peddling fantasies.

The bloated big-picture style that Biden finally settled on was optional. Maybe if I were Biden, I'd have taken the same approach, feeling directly constrained to do so by Trump's vast moral failings. But most of my PA neighbors were never going to be able to jettison their own understanding of themselves and their nation to that extent. Maybe when the votes are counted Biden will win the state, but many people emphasized the intensity and urgency as well, as both candidates prosecuted their battle for the very soul of America. There were Biden signs in Adams County this time. But people also added that second Trump flag to their trucks or decorated their whole house with Trump trains and "No More Bullshit" banners.

Obviously, Trump pursued the same biggest-possible-picture strategy, to the point where the policy has become largely irrelevant and any given piece of legislation is about whom we are deep inside. I’d like it if next time round you'd tone it down, because "bringing the country together" by telling us who we really are, or demanding that I become who you say I am as your notably pedestrian rhetoric tries to take to the skies, or flaps hard and tumbles off a cliff, is not accomplishing much of anything.