The Audacity of Voter Disgust

If, as expected, Republicans wipe out Democrats in the midterm elections, some liberal partisans will blame Americans who cast ballots rather than the Obama administration and its Congressional allies. 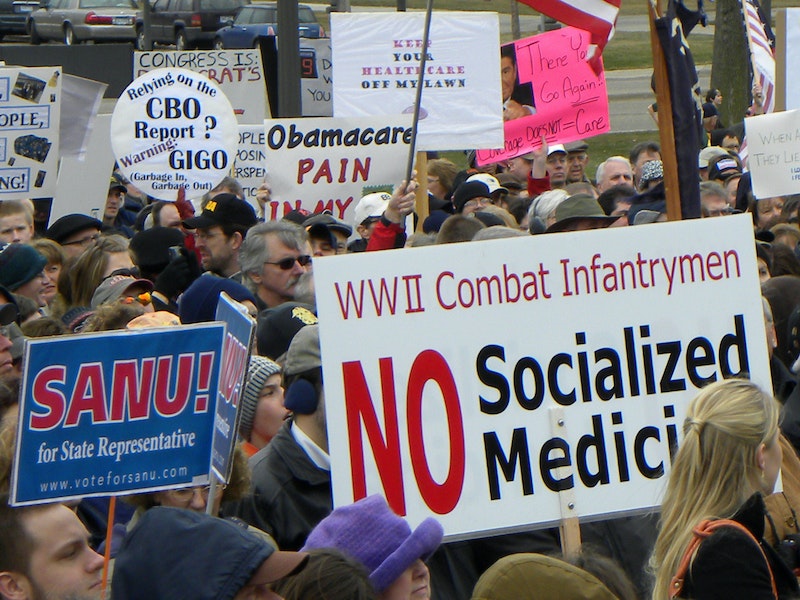 It’s plain common sense, after reading a newspaper column whose author’s opinions you don’t generally agree with to let it slide and chalk it up to the due diligence that’s essential to an understanding of the current political debate. On occasion, however, one man or woman’s frustration is not confined to a private conversation, but disseminated for the public record, and it’s so repugnant that it leaps off the page, or screen, and requires two or three readings, just to make sure the writer is actually serious and not on a misguided satirical bender. Such was the case on Sept. 3 with The Washington Post’s Eugene Robinson, an acclaimed pundit who doesn’t often casually insult his readers.

It’s less than two months before Election Day, and, as political analysts Charlie Cook and Larry Sabato last week released their most dire predictions for Democrats across the country yet—from Congress to governorships to state legislatures—it left most of the Democratic establishment at a loss for words. (Both Cook and Sabato, at this point, expect the GOP to take back the House and fall a seat or two short of a Senate majority.) At least words and opinions that were civil. But here’s Robinson’s allegedly non-partisan take on the upcoming midterms: “In the punditry business, it’s considered bad form to question the essential wisdom of the American people. But at this point, it’s impossible to ignore the obvious: The American people are acting like a bunch of spoiled brats.” My, that’s a quite a switch from not even two years ago when members of the intelligentsia like Robinson imagined that the whole country, as President Obama was inaugurated, was singing “You’ve Got a Friend” in unison.

Robinson, shamelessly shedding crocodile tears that approval of the Republican Party among registered voters in the latest Wall Street Journal/NBC poll has fallen to 24 percent—as opposed to a robust 33 percent for Democrats—is flabbergasted that America’s “spoiled brats” currently prefer the GOP to Democrats by a 10-point margin for the Congressional elections. As opposed to the 1994 Republican takeover of Congress, an extraordinary development that was unforeseen earlier that year but was evident by the time Newt Gingrich unveiled the ingenious gimmick of a “Contract With America,” the landscape in 2010 is quite different. On the one hand, the country is in the midst of a far more bleak economy; on the other, given the lightning-quick news cycle, any number of Republican candidates who are currently leading their opponents could implode by November, minimizing the Democratic losses.

Nevertheless, what’s truly astonishing is that a veteran pundit such as Robinson is taking out his own despair on the people who comprise this democracy. He even gives politicians a pass, saying that while they may “sell snake oil,” it’s only because that’s what the “public wants to buy.” Can we return to reality now? I wonder if Robinson, if he were to meet face-to-face with the 9.6 percent of Americans who are unemployed—and, as we’re reminded constantly, that’s a low figure considering how many people have given up looking for a job—would castigate them as “spoiled brats.” I’m assuming that The Washington Post employee, who’s not a novice in the permutations of politics and elections, understands that for better or worse when the economy stinks, the party in control will feel the heat at the polls.

Yet the outrage runs deeper than just the tepid economy. Paraphrasing the late William F. Buckley Jr., my hunch is that millions of people would gladly replace current members of Congress by picking names out of a hat in each state to represent them in the House and Senate. The rise of the Tea Party—which, despite the elite media’s misleading characterization of a unified movement led by angry white men with nothing between their ears, when it’s really a collection of groups with varying ideologies—didn’t arise from a political Big Bang. It’s really not that different from the masses that supported Ross Perot in 1992 or George Wallace in ‘68—people who are fed up with self-satisfied, out-of-touch politicians who wield power within the Beltway bubble.

The above is, of course, an abbreviated list—and not all are still in office, but you get the gist.

Robinson’s concluding paragraph about the lack of intelligence among his fellow Americans is a stunner: “Fixing Social Security for future generations, working steadily to improve the schools, charting a reasonable path on immigration—none of this is what the American people want to hear. They’re in the market for quick and easy solutions that won’t hurt a bit.” Translation: let the (Democratic) government spend lots of money. Robinson doesn’t explain how to “steadily improve the schools,” but I’m certain he wouldn’t endorse the sensible end of tenure for teachers and establishing a voucher system; likewise, he doesn’t explain how to “fix” Social Security.

It could be it was just Robinson’s turn to throw a tantrum. After all, in February, Slate’s Jacob Weisberg wrote an essay along the same lines: “Down With the People: Blame the childish, ignorant American public—not politicians—for our political and economic crisis.” Since that time, Weisberg has moved on, and the writer who not even a year ago grandly proclaimed that Obama’s first year in office would be recalled as the most momentous since FDR’s, has flipped on the President. His latest column, “Obama’s Moral Cowardice,” blasts Obama (and not the public) for ducking controversial social issues. I’m not a fan of Weisberg’s reflexive liberalism, especially on economics, but this paragraph is rather uplifting: “[E]ven if some people don’t like Islam, or illegal immigrants, or gay weddings, they may respond to [Obama’s] admonitions that our society is built around freedom of conscience and equal treatment under law.”

Weisberg understands that if Obama did speak from the Oval Office about these basic human rights issues, if he demonstrated moral courage even if his political advisers would double over, it wouldn’t help his party’s immediate electoral prospects. But in the long run, the non-fringe Americans, whether they agreed with him or not, would likely accord more respect to the President for demonstrating some conviction.