Budgets Made of Sand

A second Bob Ehrlich governorship is going to look nothing like his campaign. 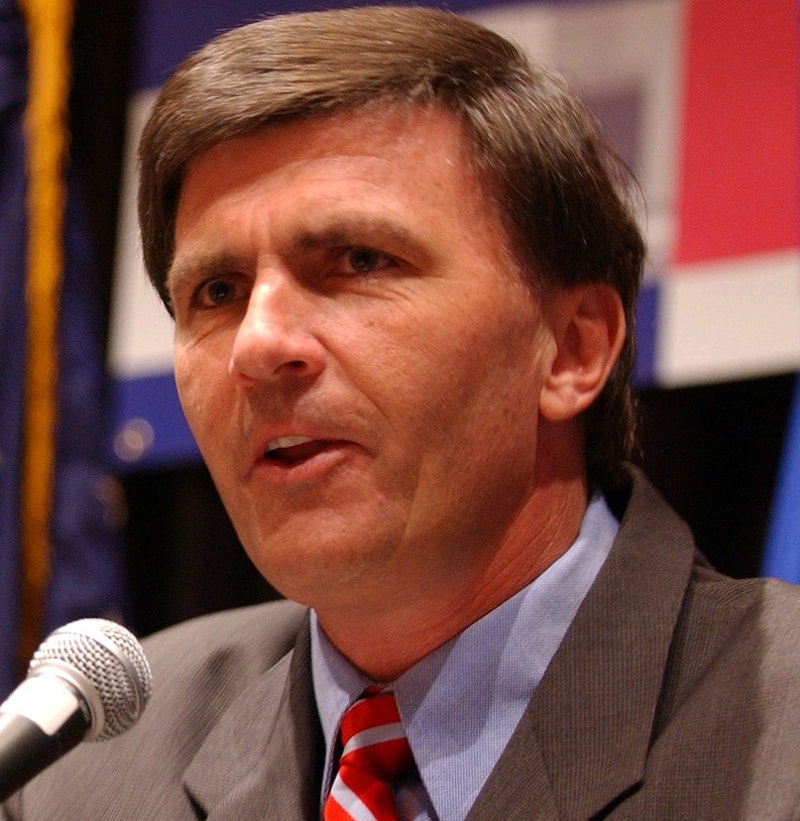 If Robert L. Ehrlich Jr. is proving anything in his campaign to reclaim the governorship it’s that he left his memory behind at the law firm he just quit. He’s playing fast and loose with the truth on Maryland’s finances and the state’s future as well as promising to do what he refused to do when he had a chance as governor. He’s forgotten that he has a paper trail.

Right up front, Ehrlich (R) is accusing Gov. Martin O’Malley (D) of planning to raise the sales tax on some services such as car repairs, cable TV, cell phones and gym memberships. He has no proof to support the claim except a bill that was rejected three years ago that’s floating among Republicans. The O’Malley campaign has denied the charge and said the governor has no intention of expanding the sales tax to cover services. In a sense, Ehrlich is echoing national Republicans who are preaching the same accusatory warnings about President Obama.

The idea of shifting the tax burden to services and away from purchases and income dates back to the early 1990s and the Linowes Commission that was created by former Gov. William Donald Schaefer (D). The revolutionary thought back then was that Maryland, along with the rest of America, was shifting from a manufacturing economy to a service economy and so, too, should the tax base move with it. Schaefer attempted to ram through the changeover but was rebuffed by the General Assembly and his own lieutenant governor, Melvin Steinberg. The more than 100 industries that would have been affected, from auto repair shops and air conditioning mechanics to barber shops and beauty parlors, resisted the change in a massive outpouring of opposition.

Ehrlich and the retainers from his State House staff, with a supporting cast of General Assembly Republicans, have spent months spreading the contagion of a tax increase if O’Malley is reelected. They have no idea, nor does anyone else. The state faces a budget hole of more than $1 billion next year no matter who’s elected governor even though Maryland ended the year with a positive bank balance of $344 million. That excess, by law, automatically goes into the state’s rainy day fund.

Ehrlich has made repeal of the sales tax increase a mainstay of his campaign. He has offered no alternatives on how to replace the $600 million in revenues that the penny increase generates except to say that he’s open to compromise, a character trait that he did not exhibit as governor. In fact his stubbornness was a hallmark of his administration. He refused to compromise with the General Assembly on slot machines, early voting and medical malpractice, among other legislation. Ehrlich’s political evolution resembles the Woody Allen character “Zelig.”  As a member of the House of Delegates in the 80s and early 90s, Ehrlich was a go-along, get-along legislator. As a member of Congress under the tutelage of Speaker Newt Gingrich, he was a Republican hard-liner. And as governor, the needle swung between moderate to stubborn.

Medical malpractice is a case in point. Ehrlich called a special session to deal with a medical malpractice crisis that was questionable to begin with. And he ended up vetoing the bill because it wasn’t precisely what he wanted. On slots, he refused to accept a House-passed bill which he could have signed and adjusted to his liking the following year. And while he is now trumpeting early voting, he vetoed the bill as governor and formed a committee to oppose its revival. Every time he refused to compromise he wound up getting less than he wanted.

Ehrlich also claims he’ll save money by restructuring government. He had that opportunity when he first took office and created a commission to study government reorganization. He reorganized little or nothing but instead expanded government by adding two new cabinet departments to the bureaucratic flow-chart as political pay-backs to friendly constituencies.

In fact, if anything, government actually grew at twice the pace under Ehrlich as it has under O’Malley. Actual government spending under Ehrlich climbed at a clip of about 10 percent a year, including full-funding of the Thornton Commission recommendations on education. Under O’Malley, spending has averaged about three percent a year. O’Malley has actually shrunk the cost of government through a series of employee furloughs and cuts totaling $700 million. Ehrlich has now promised one of the two unions representing state employees, MCEA, the shop union, that he won’t impose furloughs.

Ehrlich claims he has no plans to increase taxes or fees. Yet as governor, he raised taxes, fees and tolls—including the state property tax and the cost of drivers’ licenses and tags as well as the cost of flushing a toilet and entering a state park—by more than $3 billion. And he raided virtually every reserve fund in the state treasury to balance his budgets. What’s more, he put the state’s transportation money pool in jeopardy by pledging future federal road money as security against the sale of state transportation bonds. And now he’s promising to give the counties back $60 million that O’Malley cut in transportation funds.

The Ehrlich years in Annapolis were riding high on the arc of the artificial housing bubble that soon popped and created the detritus that has brought the economy to near collapse and slow recovery. And there is growing evidence that the public is being conditioned to accept an unemployment rate of around 10 percent as the norm instead of the customary four-five percent of the past 60 years. With an increase in unemployment comes a corresponding decrease in revenues. Actual revenues from taxes and fees in Maryland declined by 3.7 percent last year, according to the comptroller’s office.

There’s no question that Ehrlich is attempting to hitchhike onto the anti-government, anti-tax sentiment that has taken hold in certain areas of the nation. But here in Maryland, where 26 percent of the workforce is employed by some level of government—that’s about 1.2 out of every four workers—there’s very little anger at government itself except, perhaps, in certain pockets outside the I-95 corridor which is the heart of the Democratic party.

A recent survey conducted by the Partnership for Public Service that appeared in The Washington Post, for example, showed that 65 percent of workers were satisfied with the federal government as an employer and would recommend it as a place to work. Many of those workers live in Maryland.

It’s difficult to figure how Ehrlich, if elected, would finance the government he’s promising as a candidate. There’s no way in this economy that he can cut taxes, continue services, end furloughs, fund a $1 billion deficit, give money back to the counties and maintain a balanced budget. Maybe he’ll hold a bake sale.