Someone Save This Man's Life

Is it too much to ask AARP journalists to retain a shred of dignity in difficult times? 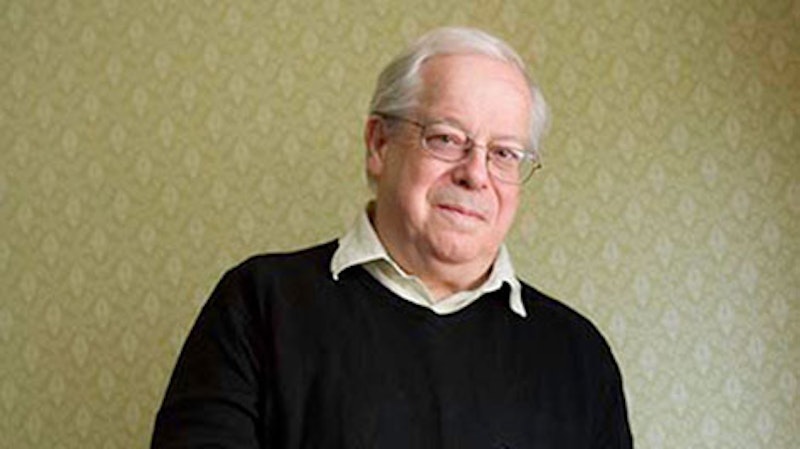 There’s a review of what sounds like a perfectly awful book (Dusty!: Queen of the Postmods), about the great pop singer Dusty Springfield, in the April 1 edition of The New Republic. The headline, “Wishin’ and Mopin’,” a silly play off one of the British artist’s bigger hits, actually does more to describe the author of the review, David Thomson.

Perhaps this is a nasty or churlish description, but I’ve had it up to my ears with Boomer journalists and authors who let their despair over the collapsing print industry (newspapers and magazines) intrude into their writing, thinking that readers, who have their own concerns, might give a shit.

Talk about moping! This is Thompson’s introduction: “We do our best to keep up, those of us tottering into the back of The New Republic’s book once a fortnight. So I have my work and my life as well as those of my wife and children. I have revenues to raise and taxes to pay.” One, I really dislike it when a periodical is described as a “book”: it’s not, it’s a perishable magazine that’ll be tossed in the garbage once thumbed through, and it’s always been so. Two, the oozing self-pity evident in this writer who “totters” into The New Republic’s arts section, is not only unseemly, but also discourages those who might want to read about Springfield, the ostensible subject of the piece. I’ve got no personal beef with Thomson, but man, get a grip!

He goes on to let us know that he found the Oxford University Press title in a bookstore, which led him to re-purchase a collection of Springfield’s hits in “the aircraft hangar called Amoeba Music” on Haight Street in San Francisco. Thomson was irritated when the “owlish” clerk directed him to the “oldies” section to find what he was looking for. Now, I’m of the same generation as Thomson, and, like him, at one time owned hundreds of vinyl 45s, including several of Springfield’s classics, but guess what? Her songs, released more than 40 years ago, are “oldies.” When I was a kid in the 1960s and was at a Sam Goody’s or Korvette’s looking for Flatt & Scruggs or Everly Bros. records, I automatically wandered to the “oldies” section because that’s where they were, not among the latest best-selling releases by the Byrds or Aretha Franklin or the Who.

Thomson does eventually write about Springfield, and he’s a fan, as anyone with a pulse was when her 1963 song “I Only Want to Be With You” hit radio stations on both sides of the Atlantic. And he mentions several other memorable tunes such as “You Don’t Have to Say You Love Me,” “Wishin’ and Hopin’,” “The Look of Love,” and “Son of a Preacher Man,” and although that’s just basic information I was glad to be reminded of some of those songs, most of which I haven’t listened to in a year or two.

But Thomson, sour as ever, has to further gum up the works with the following nonsense: “Some girl singers crash—Billie Holiday, Judy Garland, Janis Joplin—but others go on into old age—Ella Fitzgerald, Lena Horne, Joni Mitchell. It’s very likely that they have a tougher time and more violent crash than boy singers.” I’d bet that Mitchell, for one, would not only object to being called a “girl singer” but might also dispute Thomson’s “violent crash” speculation. As would the ghosts of Jim Morrison, Buddy Holly, Jeff Buckley, Richie Valens and Carl Wilson, just to name a few.

And if you can decipher Thomson’s last sentence, please let me know, for I’m utterly perplexed: “I hope the kids will go on to listening to her [his 14-year-old was watching a tv show about British pop] in this brave new world where nothing works.”

In the event, it was pleasant to read something about Dusty Springfield, who never really got her proper due, but I could’ve done without David Thomson’s lamentations for an era that simply doesn’t exist anymore.