Why not marijuana as a substitute for dangerous—and highly addictive—prescription painkillers? 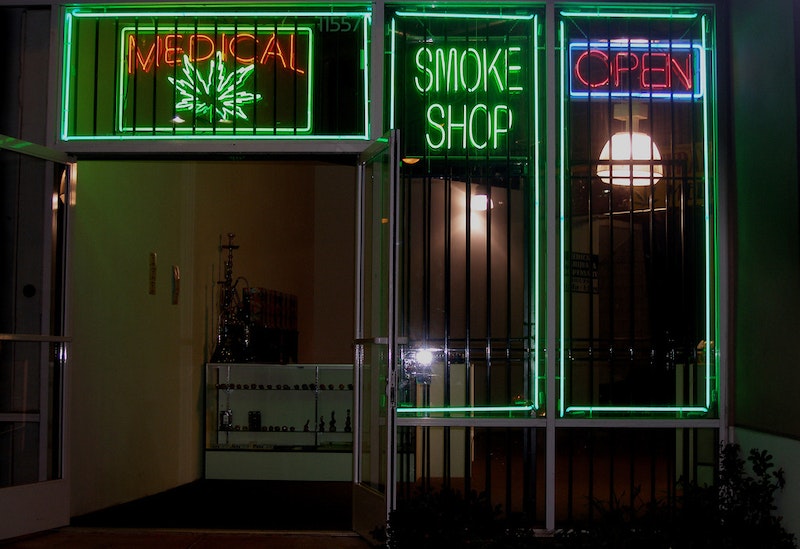 According to the most recently available information from the Centers for Disease Control and Prevention, drug overdoses are now the second most common cause of accidental death in the US. The numbers have increased dramatically over the last decade, and CDC researchers attribute the jump to the increased prevalence of prescriptions painkillers known as opioids. The opioid family includes old medical standbys like morphine and diamorphine (heroin), but also more recent comers such as methadone and oxycodene, better known as OxyContin, Percocet or Percodan.

There has long been discussion at the federal and state level about the dangers that the accelerating rates of use and misuse pose to the public, but the various demands of patients, doctors and drug companies has prevented anything from taking shape. Until now, that is.

The legislature of Washington State put together a panel of medical health professionals to draft legislation to control the prescriptions of painkillers. Although the panel is yet to release the draft legislation, it is expected to include provisions that would require doctors to refer patients to a pain specialist if their dosage is escalating without positive results. Patients suffering from cancer or who are receiving painkillers as part of palliative, end-of-life care would be excluded.

Proponents of the measure say that many doctors who prescribe these powerful narcotics do not have specialized training in pain management or substance abuse, and therefore will not be as open to alternative methods of treatment or as perceptive to symptoms of growing addiction. Opponents worry that the requirement would unfairly punish suffering patients and make it more difficult for them to obtain appropriate treatment. The state suffers from a lack of qualified pain management specialists, meaning waiting lists to see the few available could stretch into weeks or months.

Medical health professionals are watching developments in Washington closely, as it could set a standard for the regulation of prescription painkillers in other states. Yet for all the discussion, almost everyone seems to be ignoring marijuana as an obvious alternative.

In order to reduce the number of people taking dangerous opioids, then doctors need something else that they can offer to patients complaining of pain, particularly the chronic pain for which drugs like OxyContin are often prescribed. Medical marijuana seems to fit the bill. Currently, Washington allows medical marijuana for patients with terminal illnesses and a specific list of diseases, but the law excludes many patients with pain relating to injuries and it also cannot protect people charged under federal law with drug possession.

Marijuana's analgesic properties are well documented. Its use in treating pain has been endorsed by American Academy of Family Physicians, the American Public Health Association, the American Nurses Association, and The New England Journal of Medicine. Some case studies have already shown some patients who were able to successfully reduce or completely stop opioid use by replacing it with marijuana.

More importantly, marijuana has two very distinct advantages over prescription narcotics. First, the side effects are far less problematic. Oxycodene, for example, can cause side effects ranging from dizziness and vomiting to seizures and breathing difficulty. Some opioid users even report increased sensitivity to pain as a side effect. Marijuana, meanwhile, is not likely to do anything worse than raise your heart rate and increase your appetite Yes, there’s some drop in mental clarity, but so long as users aren't getting behind the wheel, which they shouldn't be doing on opioids either, its not likely to cause any lasting harm. And you can’t accidentally overdose on marijuana.

With all that medical marijuana has to offer, it's hard to understand why people who want to restrict opioid use aren't promoting it as an effective and safer alternative. Rather than trying to police when and how doctors treat their patients, they might have more success by showing some compassion and offering suffering patients a viable alternative.