A Scandal in Every Pot

Is a Wyclef Jean Presidency What Haiti Really Needs? 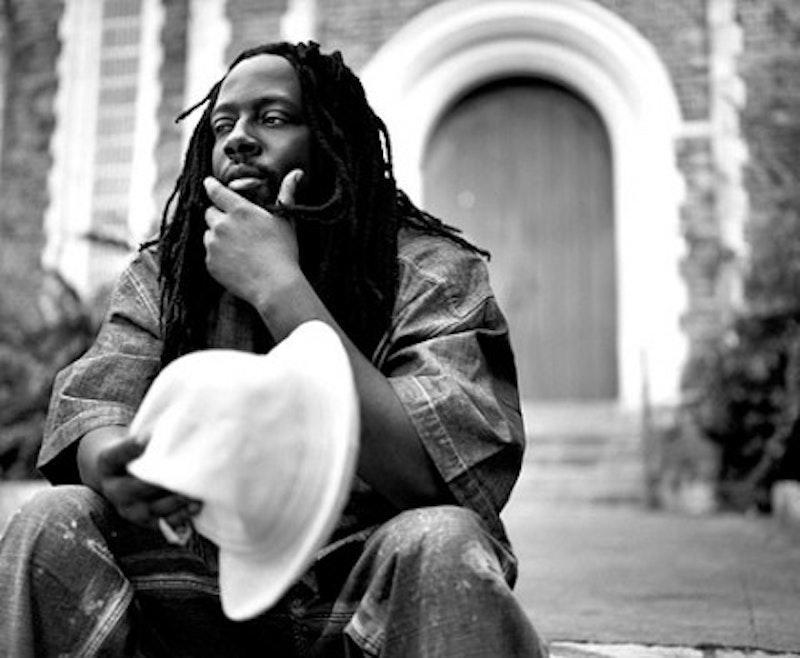 Following a few weeks of will-he-or-won’t-he speculation, Wyclef Jean—musician, Fugees founder, and philanthropist of dubious distinction—is apparently set to announce his candidacy for president of Haiti as early as tomorrow night. The sly back-and-forth over whether he’ll run has been worthy of a Cuomo—though the fact that he’s already in the midst of a couple of scandals puts him ahead of most of his American counterparts.

Jean, born in the Haitian city of Croix-des-Bouquets and relocated to New Jersey at the age of nine, has had a spottily successful solo career since the Fugees imploded; at the very least, he still appears to have his wits about him, unlike former girlfriend/bandmate Lauryn Hill, who may never return to us from the outskirts of Neptune. The group’s brief reunion was a highlight of Dave Chappelle’s Block Party, although Jean’s rendition of his solo hit “President” to a group of students easily trumped it.

Now Jean, nephew of political activist and Haitian ambassador to the U.S., Raymond Alcide Joseph, is on the cusp of making that song’s title a reality. In an article appearing today on Time.com, he confirms that he’ll announce his candidacy for the November 28 election before the August 7 deadline.

“If not for the [January 12] earthquake, I probably would have waited another 10 years before doing this,” he tells Time. “The quake drove home to me that Haiti can’t wait another 10 years for us to bring it into the 21st century….If I can’t take five years out to serve my country as president, then everything I’ve been singing about, like equal rights, doesn’t mean anything.”

Analysts say that the 37-year-old’s chances at replacing current president René Préval, who by law cannot seek a third term, are good, given his household name status, the fact that half the population of some nine million is under 25, and his perceived status as an alternative to what Time calls the nation’s “chronically corrupt and inept mainstream politicians.”

Yet that’s just what Jean’s charity, Yéle Haiti, has been accused of. Initially established to provide scholarships to needy students, the charity’s reach has since expanded to fund the construction of an educational/cultural/sports complex and, most famously, to aid victims of the earthquake. But Yéle has been dogged by reports of financial legerdemain, chronically filing its tax returns late and apparently paying out substantial amounts of its income to Jean, Yéle director Jerry “Wonder” Duplessis (also Jean’s cousin), and to companies they own.

Many of these details can be found at The Smoking Gun; among the facts is the apparent funneling of some $105,000 to Jean’s alleged mistress and personal assistant, Zakiya Khatou-Chevassus, in 2008. The money was paid to Khatou-Chevassus, listed as a vice president at Yele, for “program development,” but the fact that the $105K is about one-third of all the money the charity spent on management and general expenses in 2008 has understandably raised some eyebrows.

These allegations came on the heels of reports that Jean’s wife, Marie Claudinette, had discovered a nude photo of his then-manager, Lisa Ellis, on the singer’s phone, and furiously demanded that Ellis be fired. Ellis, who officially resigned, denied an affair—as did Khatou-Chevassus (sort of)—according to an April “Rush & Molloy” column in the New York Daily News.

Jean hasn’t definitively addressed these allegations, but it may not matter in Haiti. To date, no one else has even declared his or her candidacy to lead the ravaged nation for an election that’s less than four months away. (Time says that Jean’s Uncle Ray may make a run, but that’s a little hard to believe.)

Haiti is a country that’s sick and tired of being sick and tired. Since 1993, it’s twice removed Jean-Bertrand Aristide from its presidency via coup, resulting in provisional governments of five months (Émile Jonassaint, May-October 1994) and 15 months (Boniface Alexandre, February 2004-May 2006). Préval, whose tenure was mostly good—marked by improvements in the economy and international relations—leaves office under a cloud for his government’s perceived inaction during the immediate aftermath of the quake.

Jean tells Time that one of his first acts will be to bring together the working classes and the elite, using that unification to help move Haiti forward. “I’m the only man who can stand in the middle and get the diaspora and Haiti’s elite families to cooperate,” he declares. If his apparent luck with the ladies is any indication, he may be right.

In any case, it should be interesting to watch the next few months’ run-up to the election, not to mention its aftermath. One hopes, for Haiti’s sake as much as Jean’s that the chorus of “President” doesn’t come to bear: "If I was president,  I'd get elected on Friday, assassinated on Saturday, and buried on Sunday."