Are dedicated taxes a good thing for Maryland? 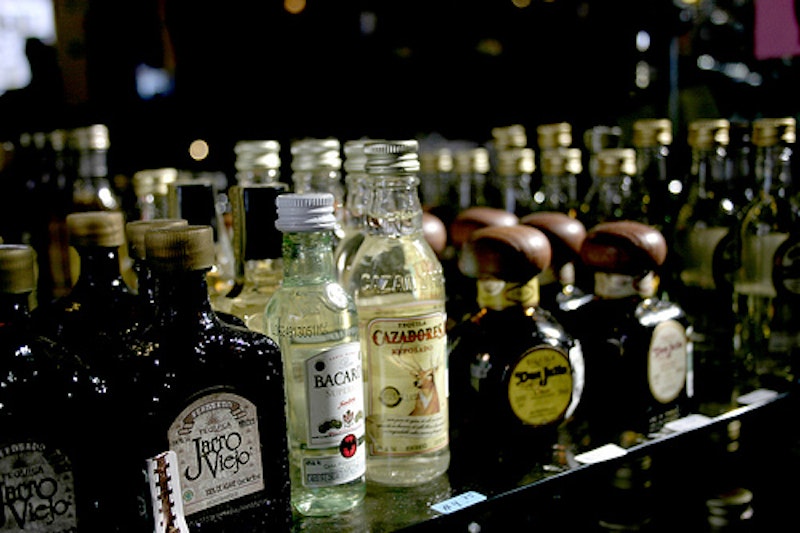 Vinnie DeMarco has plans to sober us up a dime at a time. Those who reject the pledge and refuse the cure would help to subsidize DeMarco’s fantasy health care plan of medicine for everyone and jobs for those who provide it. According to DeMarco’s poop sheet, there are an estimated hundreds of thousands of uninsured Marylanders dying to say thank you for drinking.

The goo-goo editorial writers, the folks who shoot the dead after the battle, on both sides of Maryland’s border—The Baltimore Sun and The Washington Post—have endorsed the idea but questioned the timing, coming as it does in an election year. But they sound more offended by the stranglehold the liquor industry has had on the Maryland General Assembly for more than half a century than over the availability of health care for the poor. The tax on whiskey hasn’t been raised since 1955 and the tax on beer and wine has remained the same since 1972.

With his customary populist zeal, the ebullient DeMarco is reviving and renaming the “2010 Lorraine Sheehan Health Care and Community Services Candidate resolution,” named after the late delegate and secretary of state. This time around, however, DeMarco’s asking legislators to take the pledge and sign a loyalty oath that they’ll support the increase in the alcohol tax no matter what. He cites polling data, his own, showing that voters are more inclined to support legislators who’ll vote for the tax than not. So far, 57 of 181 have signed the pledge, mostly black legislators whose constituents would benefit the most.

Here’s the pitch: DeMarco wants to raise the tax on beer, wine and whiskey a dime a drink “to save lives from alcohol abuse and fund health care coverage for childless adults; services for people with developmental disabilities and mental health issues; drug, alcohol and tobacco prevention, treatment and cessation; and health care worker training.” Whew!

There are no quarrels with wanting to improve people’s lives. It’s a question of the right and wrong ways to do it. The polling data he cites was conducted by Opinion Works during the last legislative session, February 24-28, and the problematic question is whether the results are as valid today as—and if—they were then. The most serious question is this: The poll claims that 57 percent of those surveyed favor a “dedicated” tax as opposed to 55 percent who favor using new tax revenue to address the state’s budget deficit. And that’s out of a sample of 402 Marylanders. It’s a safe bet that most voters probably don’t understand dedicated taxes in the context of the budget anymore than they comprehend the second law of thermodynamics.

More important is that voter attitudes have changed dramatically since February. There is a rage against incumbents as well as an unforgiving sentiment against government, government spending and budget deficits. The electorate may not be willing to raise a tax and turn over the proceeds for a specific purpose to subsidize select groups and special interests.

A dedicated tax is exactly that. The revenue that it produces is devoted exclusively to the singular purpose for which it is raised, in this case DeMarco’s chosen list of the afflicted and those who help them. It is for this reason that dedicated taxes are risky business, if not downright dangerous and fiscally irresponsible. If the revenues fall short of the dedicated or budgeted amount, they have to be subsidized or made up from the state’s general fund, which would further add to Maryland’s budget woes. And if, as DeMarco claims, the added tax would cause drinkers to reduce or stop consumption, an even greater decline in revenues would occur in his self-defeating proposal. And an increase in the alcohol taxes won’t reduce drinking anymore than prohibition did.

At the risk of a generalization, those who habitually wet their whistles probably would not object to a general increase in the beer, wine and alcohol taxes as a source of general fund revenue, contrary to what DeMarco claims are the findings in his polling. Tavern owners and beer guzzlers might make a lot of noise and raise a little hell, but in the end they’ll accept the tax just like every other levy they pay. And a wine aficionado who’s willing to shell out $699.99 for a bottle of 2006 Chateau Latour couldn’t care a fig about taxes. Democracy in action doesn’t come cheap.

There’s also an argument that another increase would amount to double taxation, as the buyer or consumer of booze is already paying tax on the alcohol and a sales tax on the purchase. In Great Britain, for example, liquor is taxed on the amount of alcohol it contains. The Beefeater Gin in London is watery stuff compared to the 90-proof export rendition we guzzle in America.

DeMarco claims that his proposal has the support of a broad coalition of Marylanders. The two most prominent that he cites are AARP and the 1199E SEIU Health Care Workers East. Is it any wonder? AARP is in the insurance business and 1199E represents those who would benefit from the dedicated tax, which would be nothing more than a private slush fund to subsidize insurance companies and unionized health care workers. The coalition is far from broad. It is the usual narrow group of unions, churches and community groups who would benefit from the revenue.

It’s also an awkward time to seek such a proposal. The full whammy of the Obama health care plan will not be known for some time. But the preliminary estimates are that the savings in Maryland will be about $829 million a year.
What’s more, the state has a chronic structural deficit problem, and whoever becomes the next governor will have to resolve a $2 billion hole in the budget. Curiously, raising taxes is one way, but Republican Robert L. Ehrlich says he’ll cut taxes by repealing the penny increase in the sales tax, the silly Republican notion that less is more.

A dime a drink increase in the alcohol taxes could raise as much as a projected $214 million a year. That could be a swift kick-start toward reconciling the budget shortfall rather than setting aside that much money as a single-source subsidy. Every group affected by the state budget—and that’s just about everybody in Maryland—would like to have its own dedicated source of funds, underwritten by the taxpayers and propped up by the state general fund if it falls short. And this is why DeMarco, AARP and 1199E are all for it. That may be strong medicine, but it’s bad fiscal policy at a time when Maryland can’t afford private pools of money at the risk of further budget instability.